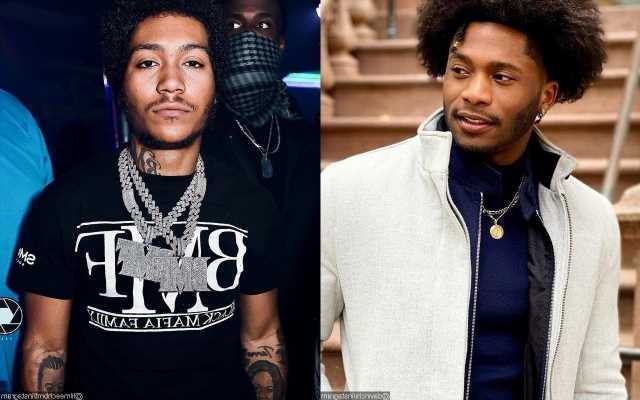 Weighing in on the body odor debate, the actor portraying Terry Flenor insists that his co-star has no issues with poor hygiene as saying, ‘It’s not something I’m aware of.’

AceShowbiz –Da’Vinchi has addressed rumors that claimed Lil Meech has poor hygiene and smells like “a pounds of onions.” Weighing in on the body odor debate, the actor portraying Terry Flenor on “BMF” took to his social media account to defend his co-star.

The 26-year-old actor made use of his Instagram Story on Tuesday, January 11 to set the record straight on rumors claiming that Lil Meech is “musty.” During a Q&A session, one of his followers asked, “Is Meech Musty?” In response, he said, ” “I don’t know where this is coming from, but Meech is a clean dude.”

“I work with this guy. We work real close together and it’s not something I’m aware of,” Da’Vinchi, whose real name is Abraham D. Juste, said. He further stressed, “He’s a clean dude,” and laughed.

Rumors began circulating on Monday after a clip of a woman calling Lil Meech “musty” went viral on social media. In the video, the said person claimed, “Lil Meech was very musty on Friday night,” adding that “he had went [sic] to six places and he smelled like a pound of onions. I just want to know what possessed him to put on that long-sleeved shirt and to be musty like that.”

Even 50 Cent got in the fun, trolling Lil Meech on his Instagram page. “@llimeechbmf getting so fly the hating is starting,” the “In Da Club” rapper captioned a photo of the rapper/actor. “She said you smelled like a bag of onion’s LMAO Nah dat’s Creed baby the gold bottle. LOL.”