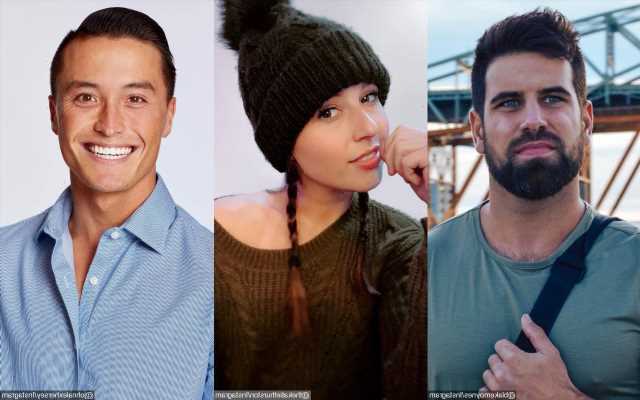 While the 31-year-old wildlife manager has yet to address Katie’s new romance with John, his mother Emily Moynes throws subtle shade at the former ‘The Bachelorette’ star on social media.

AceShowbiz –Blake Moynes is cutting off all ties with Katie Thurston following their split. Feeling “blindsided” by his ex-fiancee’s new romance with her former “The Bachelorette” suitor John Hersey, Blake decided to unfollow her Instagram account.

Despite unfollowing his ex, Blake has yet to address Katie and John’s relationship. However, a source shared to Us Weekly that the 31-year-old wildlife manager “is blindsided by the news.”

Meanwhile, Blake’s mom Emily Moynes threw subtle shade at Katie. Emily was caught liking a comment from a fan that read, “Nah this is terrible on Katie’s part. I feel truly sorry for Blake. In any relationship, you put a sense of ‘trust’ in one another, especially long-distance relationships. There’s no denying the dishonesty and deception for months upon months.”

Reports about Katie dating John made media headlines on Tuesday, November 23. “It’s known Katie and John became close friends post-season,” her representative told Page Six. “John has been there for her through all the major changes in her life, and they are excited to explore this newly found romantic connection.”

Prior to this, Katie shared on Instagram Stories some videos that highlight moments of her and John, whom she sent home during week two on “The Bachelorette”. She used Taylor Swift‘s “Begin Again” as the background music of the clips.

Katie and Blake, who got engaged in the season 17 finale of “The Bachelorette”, announced their breakup on October 25. Sharing a joint statement on Instagram, they wrote, “It is with mutual love and respect that we have decided to go our separate ways.”

“We are so grateful for the moments we shared together and the entire journey that has unfolded this year, but we ultimately have concluded that we are not compatible as life partners,” the exes further noted. “And it is the most caring choice for both of us to move forward independently.”