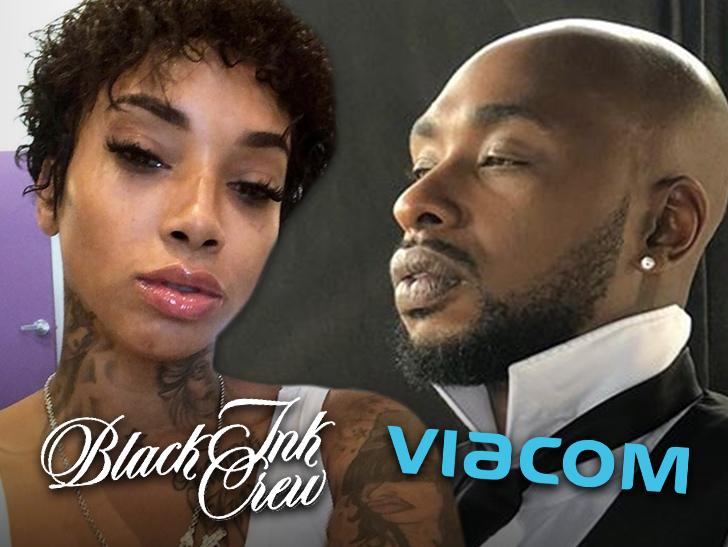 The stars of the VH1 reality show “Black Ink Atlanta” are posers and nymphos who had no business doing biz in a rental house … so claims the landlord, who is now suing.

Hussein Abdelhadi is suing Jakeita Days – aka “Sky” and manager of the Atlanta tattoo shop featured on the show — along with Ceaser Emanuel — who owns the joint — claiming Sky broke her lease by filming scenes at the ATL crib.

In docs, obtained by TMZ, Abdelhadi claims his lease specifically says his rental house is for residential purposes only. He also says Sky was the only one allowed to stay there under the terms of the lease and screwed up letting Emanuel also live there.

What’s got Abdelhadi even more pissed off is Sky essentially allowed Emanuel to use the crib as a motel to not only stay there but also bang chicks. Abdelhadi says he’s haunted “by images of the property being used as a house of ill repute” after the show aired.

What’s more … on numerous occasions Sky falsely represented on the show she owned the house. Abdelhadi says he used to live there with his family and planned on moving back in after Sky left, but is embarrassed after “Black Ink Atlanta” depicted the property in such an immoral manner.

He’s suing Sky, Emanuel and Viacom — which owns VH1 — for unspecified damages. We’ve reached out to the defendants, so far no word back.

BTW, if you’re keeping score, that’s 2 lawsuits for Emanuel in less than 2 months.