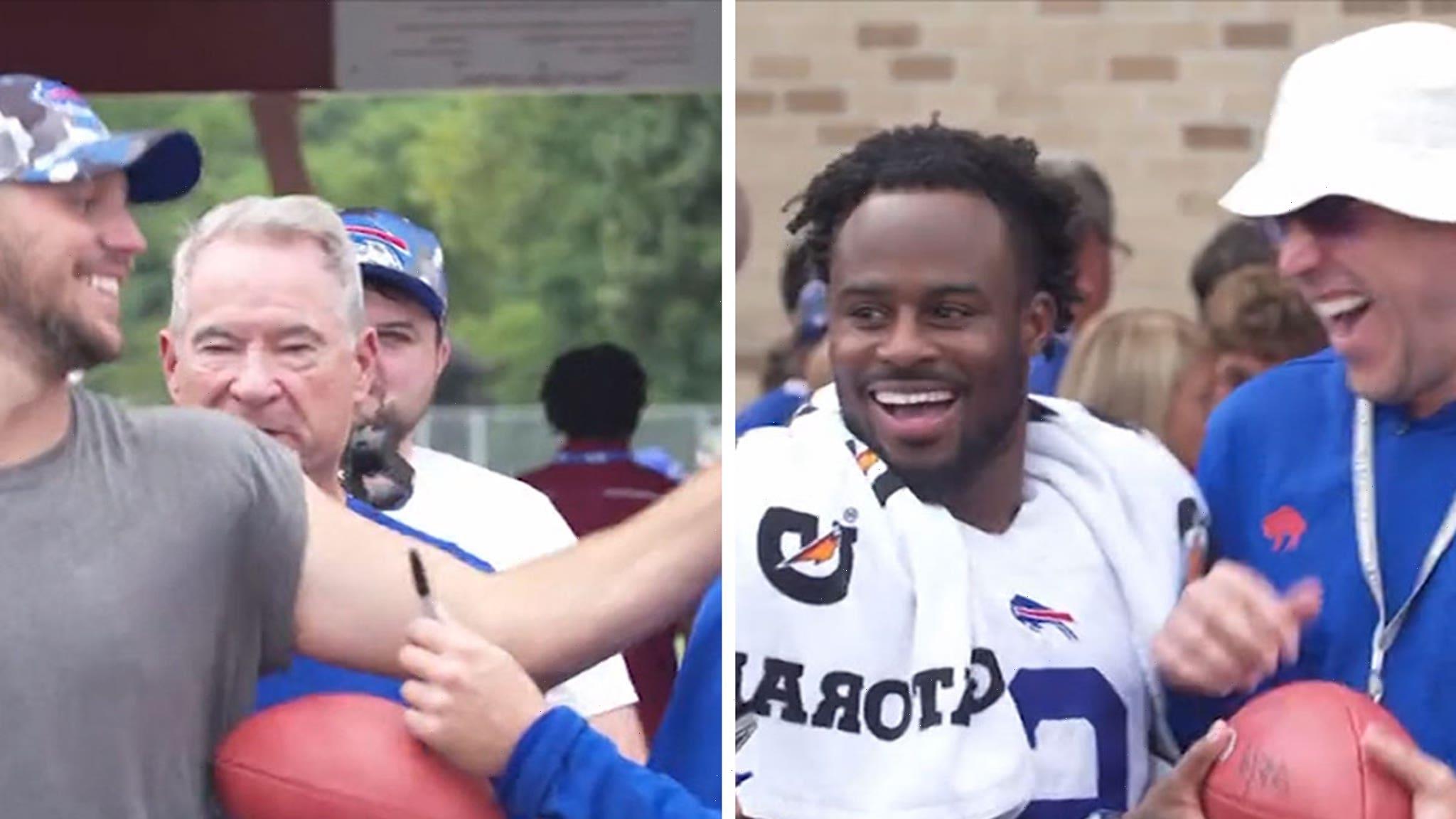 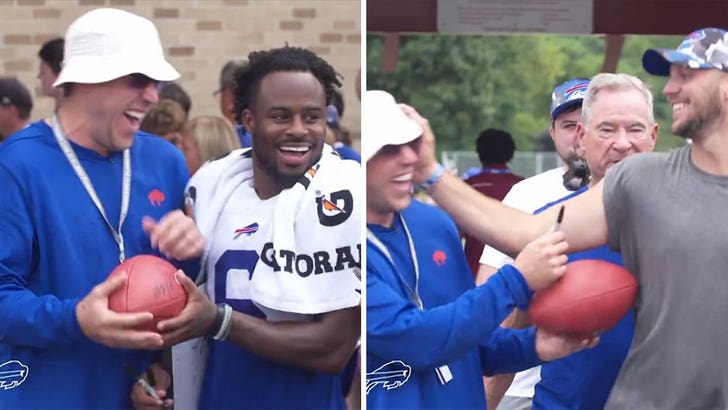 It’s Case Keenum‘s 10th training camp, and if there’s one thing the veteran quarterback has learned … it’s the value of a good prank during the dog days of camp!

The Bills’ backup QB decided to have a little fun at the expense of his teammates as they prepare for the start of the season, dressing up as a fan, and bugging players for autographs.

“I’m going to see today how many autographs I can get from my teammates,” Keenum said in a video posted to the Bills social media page.

34-year-old Keenum looked the part … he rocked a Bills shirt, sunglasses and a tan bucket hat. Case was able to snag a few autographs … and his undercover person was so good, he nearly got wideout Isaiah McKenzie twice.

Luckily, when Case approached McKenzie for a second time, he realized it was Keenum.

The disguise was so good, Keenum was nearly kicked out by a security guard who told him he was in an area he wasn’t permitted.

But, the highlight of the video came when star QB Josh Allen curved Keenum’s request for a signature.

“I love you, Josh,” he continued as he handed the Bills’ signal caller a marker to sign his football.

Allen did a double-take … and recognized it was Keenum. The two exchanged smiles and laughs about it all, with Allen playfully mushing his fellow QB.