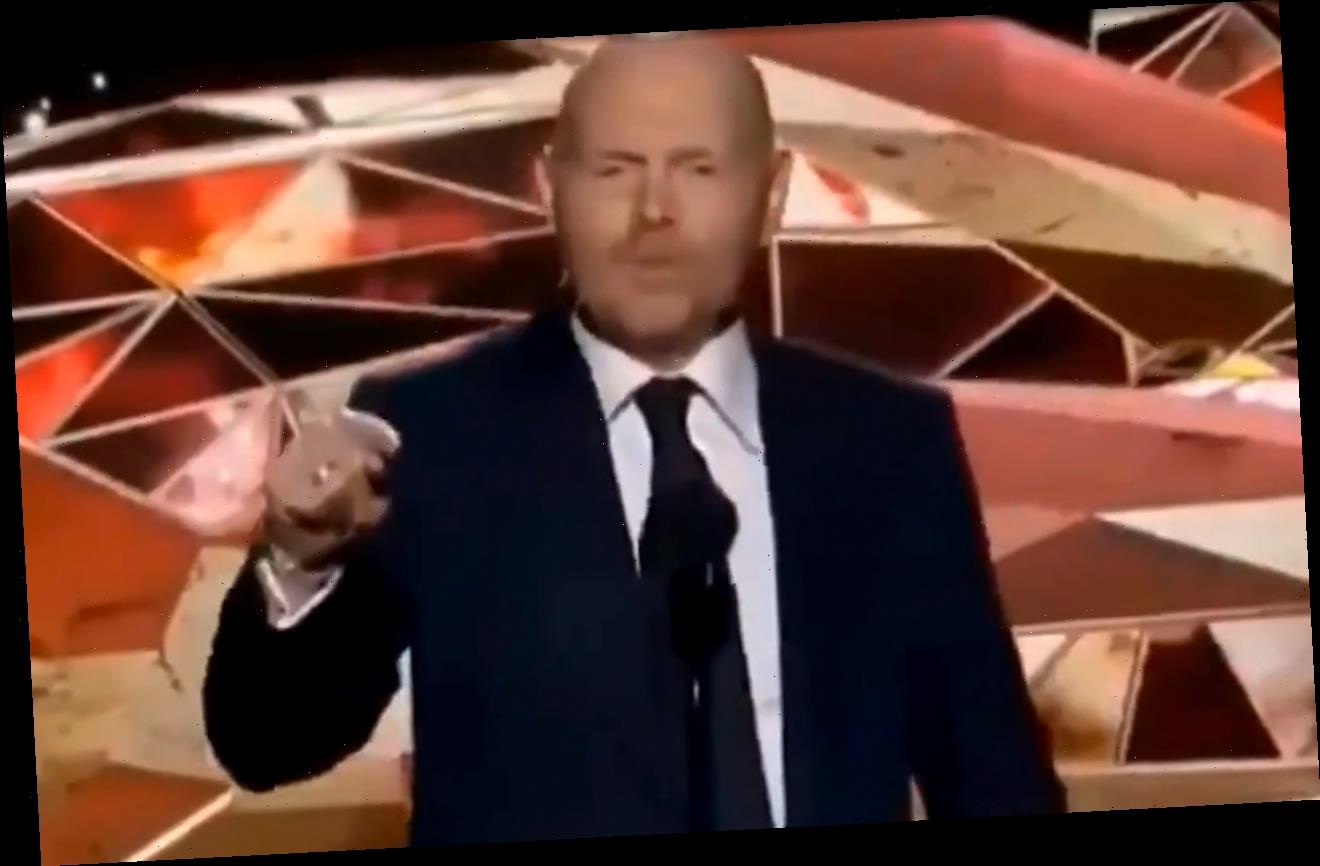 The stand-up comedian and ‘Breaking Bad’ alum is under fire over his jokes when presenting a series of awards at the 2021 Grammy Awards premiere ceremony.

AceShowbiz -While many celebrities are hoping to take a part in the Grammys to elevate their careers, Bill Burr clearly didn’t make the best of his appearance at the 2021 Grammy Awards premiere ceremony. Being billed to present a series of awards, the stand-up comedy veteran has been widely criticized over his jokes at the event.

During the show that aired before the 63rd annual Grammy Awards on Sunday night, March 14, the 52-year-old appeared to mock feminists while presenting the Best Tropical Latin Album. “How many feminists are like going nuts, ‘Why is this cis white male doing all this Latino stuff?’ ” he said onstage.

His remark enraged Twitter users, who demanded the comedian be canceled over his offensive joke. Bill was trending for a while on the blue bird app for the wrong reason as there were calls to “ban all white men” and “for all white men to be kept in cages.”

“ban bill burr. actually just ban white men. a disgrace,” one person demanded on Twitter. Another commented on Bill’s presenting gig, “Bill Burr is not funny. What he said wasn’t funny. He said something triggering.”

“People who think being an offensive a**hole on purpose is funny are the actual least humorous people alive like jus…,” a third one reacted. Another commenter remarked, “Who decided Bill Burr was a good idea? Ugh.”

A fifth user blamed the Recording Academy for choosing Bill to handle the task. “The @RecordingAcad needs to own up to this failure of selecting Bill Burr as a presenter. What a terrible choice. He clearly does not recognize how important this is for artists. If you can’t get a presenter who gives a fck how do you expect anyone to take you seriously,” the said person argued.

There were some, however, who defended Bill, believing that it’s his job as a comedian. “Bill Burr is a Rorschach test as to whether you have the slightest sense of humor or a huge stick up your a**. He’s a comedian. Calm down people,” one person responded to the criticism. Another hit back at the critics, “It’s the quarterly attempt at cancelling Bill Burr for being hilarious I see.”

The feminist joke aside, Bill also made fun of the lengthy piano performance before him. “Was I the only one that wanted to kill himself during that piano solo? I bought a suit for this. I thought I was going to be on TV. I’m such a moron. I’m losing so much money,” he said as he walked onstage.

He later mispronounced the name of the best regional Mexican music award, which went to Natalia Lafourcade, and quickly apologized for it. “I can’t say the name. The Grammy goes to Natalia Lafourcade. I will accept on behalf of her. If I butchered her name, I’m sorry. Natalia, you won,” he said.