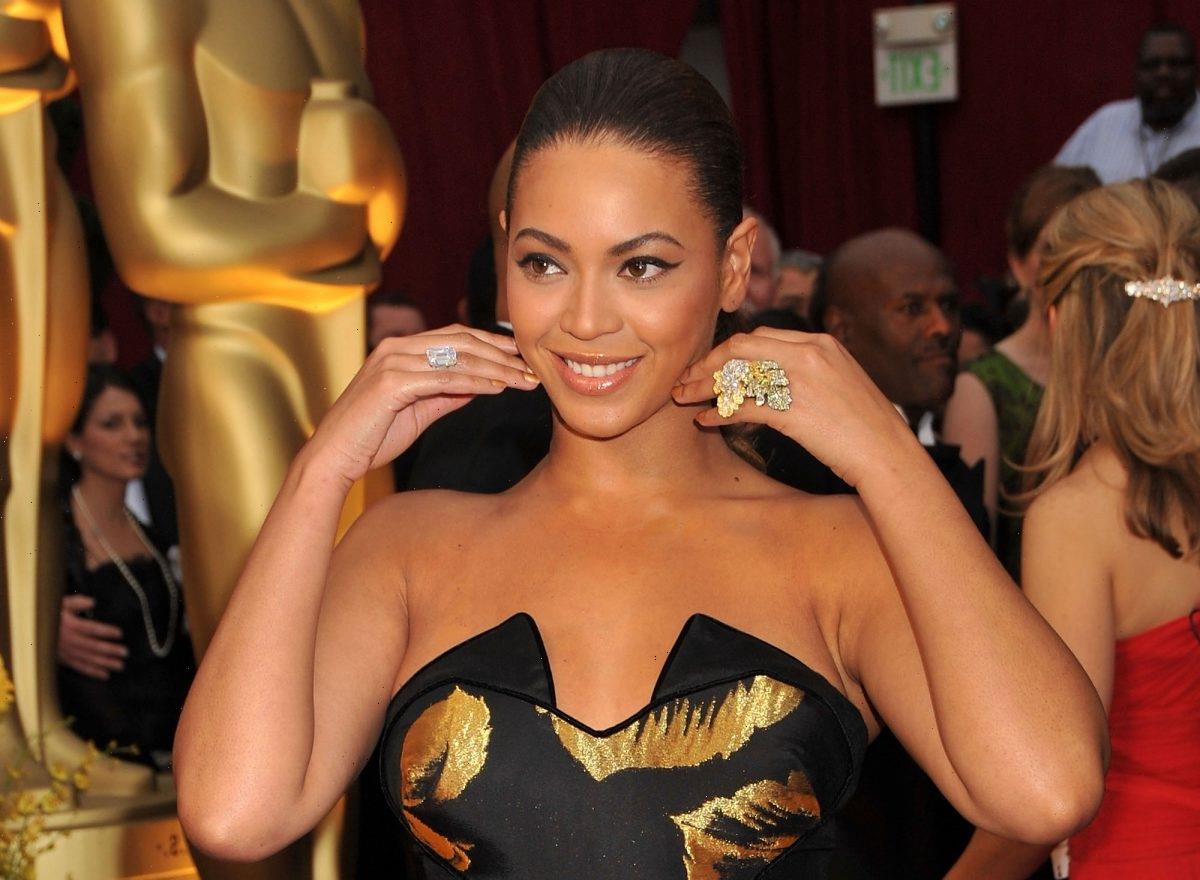 It should come as no surprise that global superstar Beyoncé owns one of the most expensive celebrity engagement rings. The singer, who’s worth an estimated $500 million, was gifted a $5 million engagement ring by her husband Jay-Z before they tied the knot in a secret wedding ceremony in 2008. While most women would be over the moon toting around a diamond as extravagant as this, it turns out Bey never actually wanted an engagement ring.

After several years of dating, rapper Jay-Z proposed to Beyoncé in one of her favorite places on earth: Paris.

The hitmaker enlisted the help of jeweler Lorraine Schwartz to custom design the singer’s engagement ring, which is a massive 18-carat emerald-cut diamond with a platinum split shank. According to Brides, Jay-Z spared no expense on the flawless piece, dropping a reported $5 million on the sparkler.

On April 4, 2008, Bey and Jay tied the knot inside the rapper lavish New York City penthouse in front of 40 of their closest friends and family.

According to insiders, the couple went all out for the nuptials, spending an eye-watering $8 million on 70,000 white dendrobium orchids, which they had flown in from Thailand.

Though an 18-carat diamond ring seems fitting for the iconic Queen Bey, it turns out that she never wanted a sparkler as massive as the one she received.

While opening up about her secret wedding with Essence Magazine in 2008, the “Halo” singer revealed that she’s never wanted an engagement ring, sharing that she doesn’t see a point in having one.

“People put too much emphasis on that,” she told the outlet, per People. “It’s just material and it’s just silly to me.”

Though she wore her massive engagement ring in public after exchanging vows with Jay-Z, Bey eventually opted for a much simpler alternative. Following their wedding, Bey and Jay got matching tattoos of the Roman numeral IV on their ring fingers.

The ink piece not only represents the day they became husband and wife but also her lucky number and their birth dates (Beyoncé was born on September 4, Jay-Z on December 4).

She also wears a simple band on occasion while her 18-carat diamond ring sits safely in a locked safe.

Although it’s custom to wear wedding rings after exchanging vows, Beyoncé and Jay-Z have proven that they do not need over-the-top jewelry to show the world that they’re in love.

Over the years, the couple has publicly gushed about each other and the life they share.

In her 2013 autobiographical film Life Is But a Dream, which originally aired on HBO, Beyoncé declared her love for her husband, whom she said she grew closer to after the birth of their eldest daughter, Blue Ivy.

“Jay and I stay a team, right now we are really connected and really are communicating well and completely understand each other and support each other,” she said, according to Elite Daily. “This baby has made me love him more than I ever thought I could love another human being. It’s just that I love him so much that we almost feel like one. I don’t know how to describe it.”

The couple has also showered each other with lavish gifts over the last 13 years.

Though they’ve gone through intense hardships throughout their marriage (Jay-Z cheating on Beyoncé), the love between the pair hasn’t faded. Today, Bey and Jay appear to be stronger than ever. Let’s hope their blissful marriage continues for years to come.