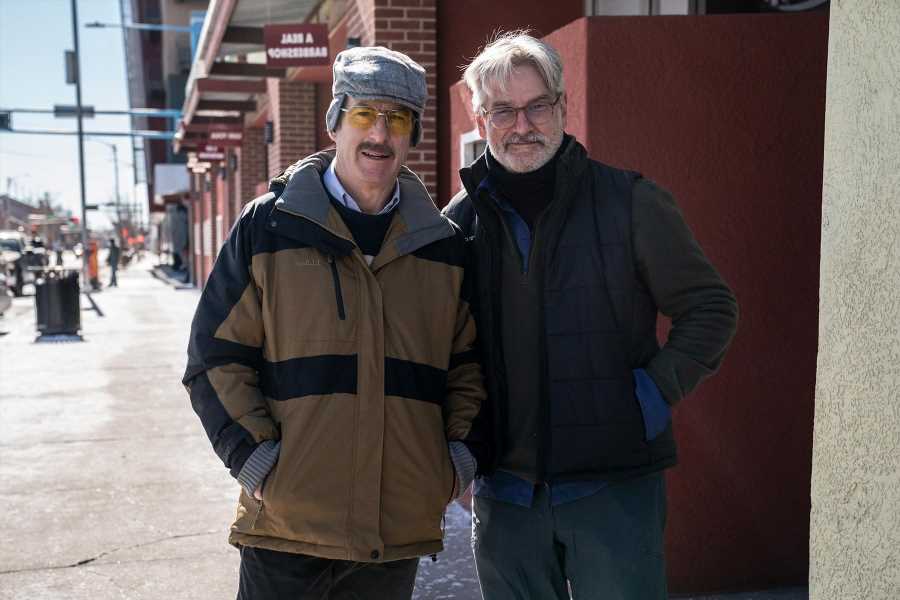 Fourteen years ago, Peter Gould wrote an episode of Breaking Bad, “Better Call Saul,” where he was tasked with introducing a character who would serve two purposes: 1) provide legal expertise to Walter White and Jesse Pinkman, so that it would be more plausible when they kept eluding law enforcement; and 2) bring back some of the humor that Breaking Bad creator Vince Gilligan worried that the show was losing as Walt and Jesse’s arcs both turned darker. Beyond that, and the casting of Bob Odenkirk in the role, no one gave much thought to who Saul was, let alone believed he would one day anchor a prequel series — also titled Better Call Saul — that would come to rival the reputation of Breaking Bad itself.

How to Watch 'Better Call Saul' Finale Online: Where to Stream the 'Breaking Bad' Spin-Off

50 Best Action Movies of All Time

Now that prequel has come to an end, with Gould (who co-created the spinoff with Gilligan) appropriately serving as writer and director for the series finale, which we recapped here. Gould spoke with Rolling Stone about why he chose to end the series with Jimmy/Saul going to prison, bringing Walt back for one final conversation with his criminal lawyer, what he thinks happens to Rhea Seehorn’s Kim Wexler, and a lot more.

When we spoke after Season Five, you said that while you were writing that year’s episodes, “the fog started to clear slightly about where we were going with all of this.” Is what you were planning then what you ultimately wound up doing?
It’s similar, but not exactly. What we started realizing was that the right ending for Saul was for him to be in the justice system, as a suspect and ultimately a convict, rather than a lawyer. This guy has lived in the justice system, he’s made a farce of it, he’s played it. And it just felt like that was the right place to end the series: him behind bars. But that was pretty much all we had back then.

How important was it to the end of Kim’s story that Jimmy be behind bars?
I think that Kim was on her own journey. I don’t know that Jimmy being behind bars is axiomatic for her. But I think the fact that they both confess, they both unloaded their consciences, they are both living more honest lives, that is the core of the ending.

You bring Walt back one last time. And like in the Breaking Bad finale, “Felina,” you have the main character coming back to Albuquerque, making some amends for what he did, and getting some small measure of satisfaction. Were you thinking about that at all when you did this?
When I thought of “Felina,” mostly what I thought of was, it’s such a big, rip-roaring episode that Vince wrote and directed. It was so right for Breaking Bad. I knew that the ending of this show was going to have a different feel. It did feel right to have these two guys, Saul and Walt, in one last scene, which kind of touches on their reluctance to really be honest with themselves about what they’ve done and who they are, and what their true regrets are. Neither one of them can really quite bring himself to speak the truth.

I’ve been asking some of the other writers on the show, including Vince, what they would change about Saul or Breaking Bad if they had a time machine. And now you’ve gone and made that question part of the text of this show! So I have to ask if there’s anything you would change about either series, just to have made your life easier on this one.
It’s a difficult question, because usually the things in the writers room that we struggled with on either show, where we said, “Oh, if only we had done that differently,” those problems led to an interesting solution. So it’s really hard for me to wish that things were easier, because having them be a little difficult was helpful. There’s that old Orson Welles quotes that “lack of limits is the enemy of art.” Sometimes having to live with choices that you’ve made makes things more fun.

If I were going to pick one thing — and it’s hard to say I’d want to change it, because it seemed so right — it’s what a scumwad Saul was to Francesca on Breaking Bad. We got there [on Better Call Saul], but only barely.

Can you think of a specific example where the struggle to work around the plot of Breaking Bad led to a more interesting solution?
The obvious one is the Lalo-Ignacio dialogue that Saul was spouting in the first episode where we met him: “It wasn’t me, it was Ignacio!” And “You’re not with Lalo?” For a long time, we were wondering, “What the hell is he talking about?” And even after we had Nacho, who was obviously Ignacio, we asked, “What did he do?” And how is Lalo involved? We just didn’t know. It really helped guide us to where we landed. That was certainly one of them. But the other thing is, why on earth does he have that crazy office? What was the point of it? What is he really after? And ultimately, the question that we started with, which seemed insolvable, which is: What problem does becoming Saul Goodman solve?

The version of Better Call Saul that we’ve been watching since 2015 basically ends with “Fun and Games.” The cartel characters mostly don’t appear again, the main title sequence is different, and the focus is almost entirely on Jimmy and Kim. Why did you decide to structure the season like that?
There’s a lot of different pieces to the show, but ultimately, the through-line, the core, the emotion of the show, is about this guy’s journey — about Saul Goodman/Jimmy McGill/Gene Takovic, his journey. We felt like just answering the question of how he became Saul Goodman wasn’t enough. We wanted to know, was there ever a chance for this guy, even in a small way, to redeem — redeem is a big word, I don’t know if he redeems himself, but is he always going to be trapped in this cycle that he has been in? It felt right to continue the story, because the man’s life continued. Of course, that was the idea, really from the beginning. That’s why we started the way we did, at the very beginning of the show, of showing Gene Takovic, and coming back to the Gene story. I think we would have really left something on the table if we hadn’t finished the Gene story.

Walt appears again, you bring both Chuck and Marie Schrader back as well. Were there any other characters you wanted to include in the finale but couldn’t?
Oh, man. You’re talking to the writer-director of the episode. I would have loved to have Patrick Fabian back, to have Dean Norris back. Anna Gunn would have been great if it fit in the story. I love our entire cast. Giancarlo Esposito is one of the best, most fun actors to work with there is. So I would have wanted them all. I’m greedy. We didn’t want to make a kind of overstuffed epic, and I hope we didn’t. We wanted it to feel like a drama, and not like a collection of scenes. I would have absolutely brought them back. And of course Michael Mando, Nacho’s shadow hangs over the whole season. The feeling I had about this episode was that it was a little bit like A Christmas Carol. Gene becomes Saul, and he’s visited by three ghosts. And each time he’s visited by one of these ghosts, you realize this guy is trapped in the cycle. It’s not an exact analogy, but hopefully those flashbacks help to illuminate the change that he’s making in this episode. He’s making a change, and it’s a tough thing to do.

To your mind, do you think what Saul does in the hearing will get Kim out of legal trouble with Cheryl?
No, I don’t. I think that Kim is on her own journey, and I think he knows that. He does feel bad about what’s happening with Cheryl. But I don’t think Kim would like it if Jimmy pulled some maneuver that protected her from Cheryl. He doesn’t save her; she saves her. They’re done with saving each other by this time. What he sees is that she had the courage to face what she’s done. And she did something that I don’t think Jimmy/Gene ever thought she would do, which is not only to turn herself in, but actually to sit across from Cheryl Hamlin, who they both lied to disgustingly, and be 100 percent truthful.

Over the years, whenever I’ve asked you if Jimmy was really Saul yet, you’ve said that in the scripts, you would keep referring to him as “Jimmy” as long as Kim did — i.e., until the transformation was complete. I’m curious if his name in the script and stage directions for this episode kept shifting in the black and white scenes of this episode, or if you just used one of Jimmy, Saul, or Gene throughout.
Since this is an episode where he goes from Gene to Saul and, eventually, back to Jimmy, I was pretty careful to use the name that felt “right” at every moment.  I called those moments out in the script. [Gould emailed me: “Here’s a screenshot of one of the pages to illustrate.”]

Finally, Vince says that, at least for now, this is the conclusion of the Heisenberg universe. You’ve been doing this for 15 years. how does it feel to be at the end of it?
I haven’t figured out how I feel about it. It’s really upsetting. In my daily life, the thing that’s most upsetting is that I’m not seeing all my collaborators and co-consiprators on the show every day. My life for the last 15 years has had a very regular rhythm of going into the writers room, of being on set, of being in post. It’s the wonderful thing about this job. Just when you’re exhausted with one phase of it, the next phase begins. In my heart, I keep feeling like we’re about to reopen the writers room for Season Seven. But of course, that’s not happening. My fervent hope is that as many of us as possible get to work together again. And, of course, these characters mean so much to me. I love writing all of them, but especially I love writing Jimmy, and Kim, and Mike. Their voices, I’m going to have to really struggle, in whatever I do in the future, not to have those voices peek through. They’re deep in my heart and deep in my soul, and I don’t think that’s ever going to end.