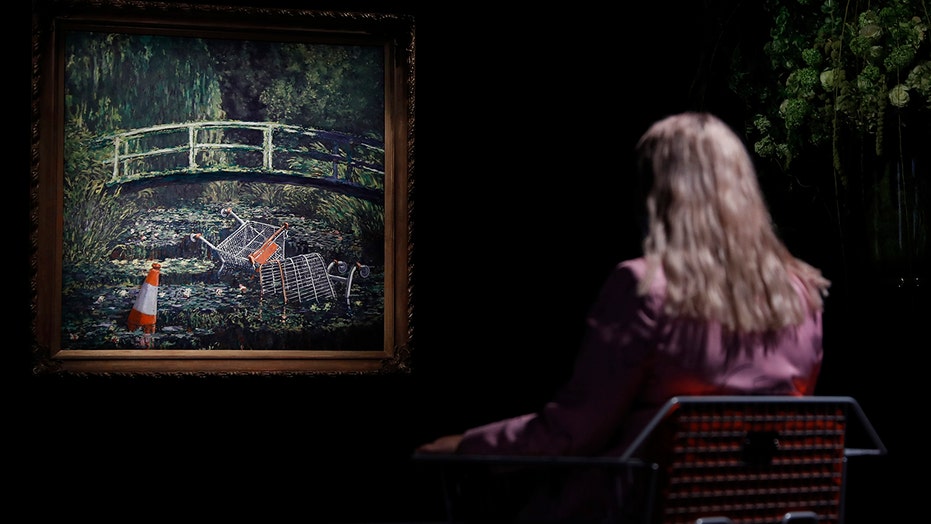 Banksy’s playful take on a famous Impressionist painting has sold at auction for nearly $10 million, making it the second-highest price ever paid for a piece of work by the British street artist.

“Show Me the Monet” sold to an unidentified bidder at Sotheby’s in London on Wednesday evening at 7.6 million pounds, which translates to $9.8 million. It surpassed its upper pre-sale estimate of 5 million pounds, or $6.5 million.

In the 2005 work, Banksy added abandoned shopping carts and an orange traffic cone to Claude Monet’s image of water lilies in his garden at Giverny.

Alex Branczik, Sotheby’s European head of contemporary art, said the work was one of the “strongest and most iconic” Banksy works to appear at auction. 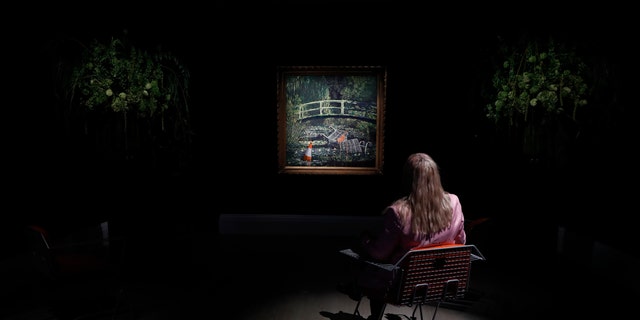 A member of staff poses in front of an artwork by Banksy entitled ‘Show Me The Monet" at Sotheby’s auction house in London, Friday, Oct. 16, 2020.
(AP Photo/Alastair Grant)

Banksy, whose real name has never been officially confirmed, began his career spray-painting buildings in Bristol, England, and has become one of the world’s best-known artists.

Earlier this month, his graffiti-style piece “Forgive Us Our Trespassing” sold for $8.3 million at Sotheby’s in Hong Kong.