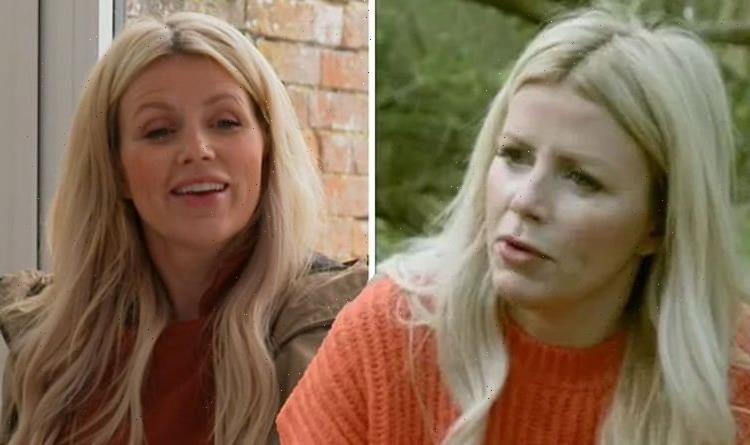 Countryfile’s Ellie Harrison has been part of the BBC’s show since 2009. Her time on the show so far has seen her fronting many segments around the UK, as well as being a bit part of Countryfile Live.

However, the star hasn’t enjoyed every segment she’s taken part in over the years.

In an unearthed interview, Ellie opened up about one of her most embarrassing moments.

The presenter was asked which moment she found the most cringe-worthy looking back.

As viewers might remember the segment back in 2011 saw Ellie trying out a popular spa treatment.

She was filmed in a bath of seaweed as she had a seaweed facial.

The moment caused quite a stir as she appeared to have stipped off for the segment.

Reflecting on the segment now, Ellie admitted she probably wouldn’t have done it in hindsight.

“If you’re young and you haven’t done much telly, you do it even though you don’t necessarily agree with all of it,” she continued.

“So in hindsight I wouldn’t have done that scene in the bath. Because it plays to some stereotypes.”

However, Ellie went on to add to the Daily Mail: “But at the time I was just, ‘I’m being paid my daily rate, so I’m kind of doing what I’m told.’

“I probably wouldn’t do it again now, certainly not with a three-babies body.”

Ellie will be back on Countryfile later today with the latest episode of the show.

Entitled Islands, this sees the presenter exploring some of the UK’s best islands.

As well as Ellie, the other stars appearing in the episode will be Anita Rani and Joe Crowley.

According to the BBC’s synopsis, Joe will be heading to Isle Martin, off the coast of Scotland.

The island is getting ready to host the country’s first seaweed festival.

The synopsis reads: “Joe meets the island’s sole occupant, explores the magical qualities of seaweed and sees how it is at the forefront of the battle against climate change.

“Joe also delves into the Countryfile archives to revisit some island jewels around the UK, including the time Anita Rani visited the Hebridean island where all the farmers are women, Ellie Harrison’s trip to Church Island in Northern Ireland, and Margherita Taylor surveying seals off Looe Island.

“And we catch up with Mari Huws on Bardsey Island, just off north Wales’s Llyn Peninsula.”

Countryfile airs Sundays at 7pm on BBC One.