Her Austrian-British father Joseph Ruston had even been an active member of the Blackshirts, helping raise money for the fascists in pre-war England. His sudden abandonment of the family in 1935, when Audrey was just six, was deeply traumatic, leaving her emotionally scarred. In later life, Audrey’s huge almond eyes and elfin beauty earned her a coveted place among the greats of Hollywood’s Golden Age as she became a film and fashion icon.

But despite her many romantic leads, both her marriages ended in divorce, her life was blighted by tragedy, and she only found true contentment in her final years before dying of cancer aged just 63.

Now, 27 years after her death, an intriguing new documentary lays bare the contradictions of this enigmatic star, using interviews with family and friends as well as unseen photographs and footage.

British writer and director Helena Coan talked to her closest intimates and her film producer son, Sean Hepburn Ferrer, to discover the private pain hidden below her public image.

“Audrey had depth. She suffered a lot in her life, and she turned that into something beautiful,” she explains.

“To me, that’s a wonderful and comforting story, especially at the moment, to show that trauma does not define you. You can turn it into something powerful; Audrey is proof.

“For me, she’s a prime example of a woman who has been reduced to a two-dimensional portrait. 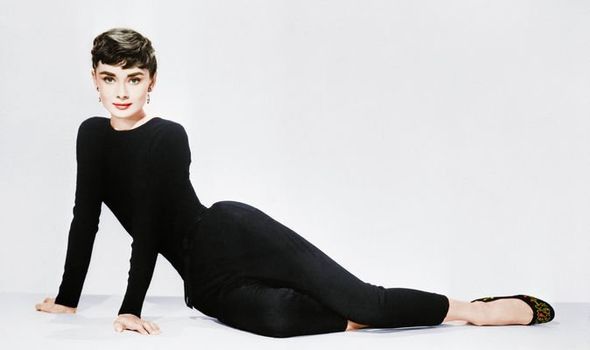 “Audrey was smart – she spoke five languages. Everyone knows her face, but no one knows who she is.”

Fearing a Marxist revolution, the couple moved to Belgium, where Audrey was born in 1929. They were such keen Nazis, they travelled to Germany to take part in Hitler’s rallies.

Baroness Heemstra even wrote in a newspaper: “May Adolf Hitler be proud of the rebirth of this great country and the rejuvenation of the German spirit.

“And the Germans under Nazi rule, a splendid example of the white races of the world – a mighty people, upright and proud as indeed they have every right to be.”

When the family moved to England around 1935, Joseph Ruston became active in the Blackshirts and his daughter was sent to boarding school in Elham, Kent.

Having finally realised the evil nature of Hitler’s ambitions, in September 1939, on the brink of the Second World War, Audrey’s mother took her daughter on the last flight to Amsterdam because she thought the Netherlands would remain neutral and it would be safer.

She couldn’t have been more wrong. Following the Nazi invasion of Holland, the pair spent months living in a cellar of the family estate in Arnhem.

“My uncles were taken from their homes and shot,” Audrey said in an interview, “the first hostages to be shot in Holland. It was a turning point, the underground was formed.”

While working for the Dutch Resistance, Audrey carried messages hidden in her shoes and she put on secret, morale-boosting shows.

Son Sean says: “She performed for the Dutch Resistance, not just to raise money but also to entertain people and to take their minds off the horrors they were living through.

“They would do plays and little musicals, trying to be discreet and not bring the attention of the soldiers.

“At the end of the performances nobody clapped their hands, just smiled in the dark. Dancing was a lifeline throughout the war.” 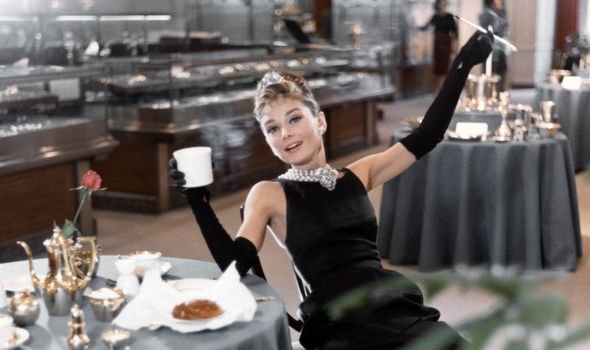 Like thousands, Audrey suffered extreme malnutrition, often surviving on little more than sandwiches made with tulip leaves in the 1944 winter famine.

At the end of the war, Audrey and her mother moved to Amsterdam and then London.

“I had no money and I had to get a job,” Audrey told an interviewer.

In London, she joined a chorus line and started looking for small film parts, which resulted in a role as an air stewardess in the film Dutch in Seven Lessons in 1949.

She won her big break in 1953 while filming the movie Monte Carlo Bay in the south of France. Staying at the Hotel du Paris, she met the French author Colette, who had just written Gigi.

On impulse, Colette invited Audrey to play Gigi on Broadway even though she’d never spoken on stage.

It won rave reviews. In the same month, director William Wyler gave her a screen test for Roman Holiday, in which she subsequently starred with Gregory Peck. Aged just 24, she won the best actress Oscar for the rom-com about a princess and a US newsman. 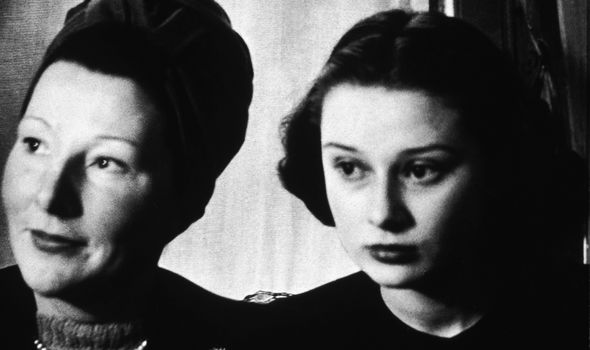 Peck would later introduce her to his Hollywood friend Mel Ferrer, an actor and director with two marriages behind him and four children.

Despite their 12-year age gap, and his controlling nature, Audrey perhaps saw him as a father figure and they later married and had her son, Sean.

Within a few years, perhaps because of her tough childhood, she was developing a reputation as a strong character.

Sean recalls that when someone said the song Moon River should be cut from Breakfast at Tiffany’s she jumped out of her chair and said: “Over my dead body!”.

Sean adds: “She was a lioness. She was described as an iron fist in a velvet glove. She needed that culture and background to survive in the world of Hollywood where you have to fight for everything.”

And she knew the value of connections. A collaboration with the fashion designer Hubert de Givenchy ensured she always looked good. 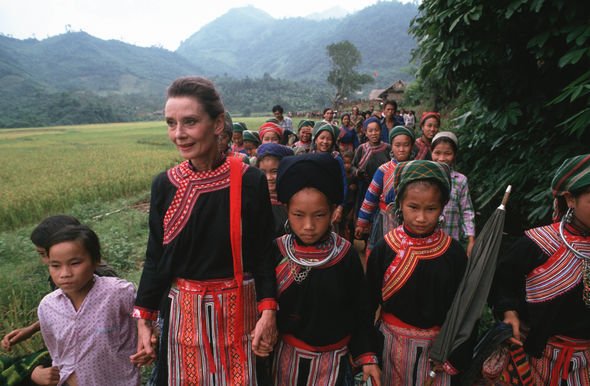 Yet despite her gamine elegance, she was always wracked with doubt about her appearance.

In an interview she said: “I’m terribly self-conscious and clothes give me a great deal of confidence. Beauty is in the eye of the beholder.

“I see the problems when I get up in the morning and do my best to look well.

The self-doubt extended to her work as well. On set she smoked, begged for reshoots and suffered from extreme nerves.

In 1964 she asked her husband to help her track down the father she had not seen for 25 years. With the help of the Red Cross they traced Ruston to Ireland, but he remained emotionally cold when they were reunited. 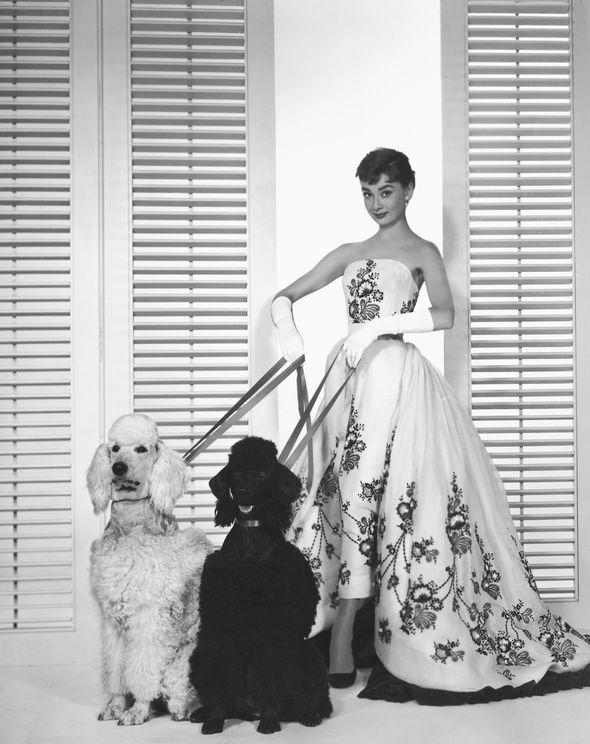 Their meeting gave her no great understanding of why he had walked out, leaving her mother heartbroken.

Audrey described it as “the first big blow I had as a child,” when speaking to a journalist from Life magazine in 1992. “It was a trauma that left a very big mark on me, it left me insecure for life,” she added.

“He disappeared one day. Mother explained he had gone away on a trip and was not coming back. Mother wouldn’t stop crying. I would just try and be with her but as a child you can’t quite understand.”

In the emotional quagmire following their reunion, her 17-year marriage fell apart. Sean admits his father was a “very demanding and difficult man”.

Audrey said of the split in 1968: “If there is enough friendship and love you overcome it… but obviously when a marriage doesn’t work any more everything becomes destructive. I hung on there as long as I could.” 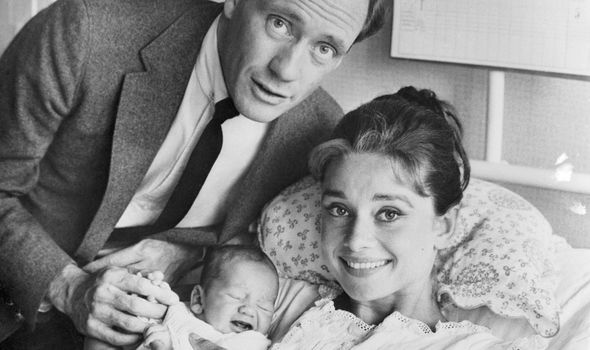 She turned her back on Hollywood during her second marriage to Italian psychiatrist Andrea Dotti with whom she had another son, Lucas, but the idyllic life she sought in Rome ended when she learned of his womanising.

He cheated on her many times and was pictured with hundreds of different women during their marriage.

“For the woman who was the most loved woman in the world to have a lack of love is so sad,” says her granddaughter Emma Ferrer in the documentary.

Enduring a second heartbreaking divorce, Audrey chose not to blame her errant husband.

“Men are human beings with all the frailties women have,” she reasoned. “Perhaps they are more vulnerable than women. You cannot judge, you cannot point fingers.

“You have got to be lucky enough to find somebody you can satisfy and then who pleases you, if you are lucky.” 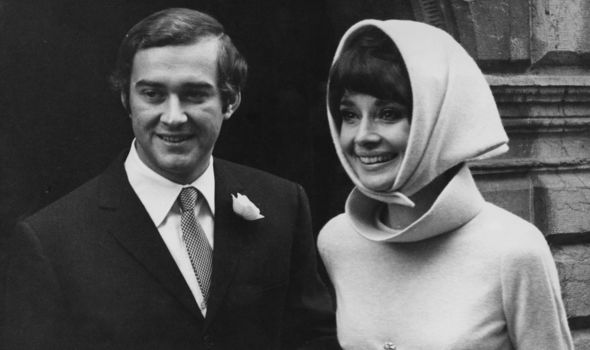 As a single mother, albeit world famous and financially secure, she chose to move to Switzerland, restoring a neglected farm and spending time with her sons and pet dogs.

Explaining her decision to leave Hollywood, she told an interviewer that keeping her family together had been more important than anything. “I learned as a child it’s terribly important to have a father,” she explained. “Having my father cut off, or he cut himself off, I was desperate.

“If I could have seen him regularly I would have felt he loved me and I would have had a father. And I tried desperately to avoid it for my children.”

A second “career” as a Unicef ambassador brought her fulfilment. Because of her suffering in the Second World War, she identified with the plight of children starving in countries across the world.

“I was suffering from malnutrition so God knows I know the value of food,” she says. “To see children dying in front of your eyes is totally unacceptable.”

On many trips she was supported by her partner, the Dutch actor Robert Wolders, whom she described as a loving and affectionate man she could trust.

Although they never married, during their 13 years together, she at last found the peace and emotional security she had so badly sought her entire life.