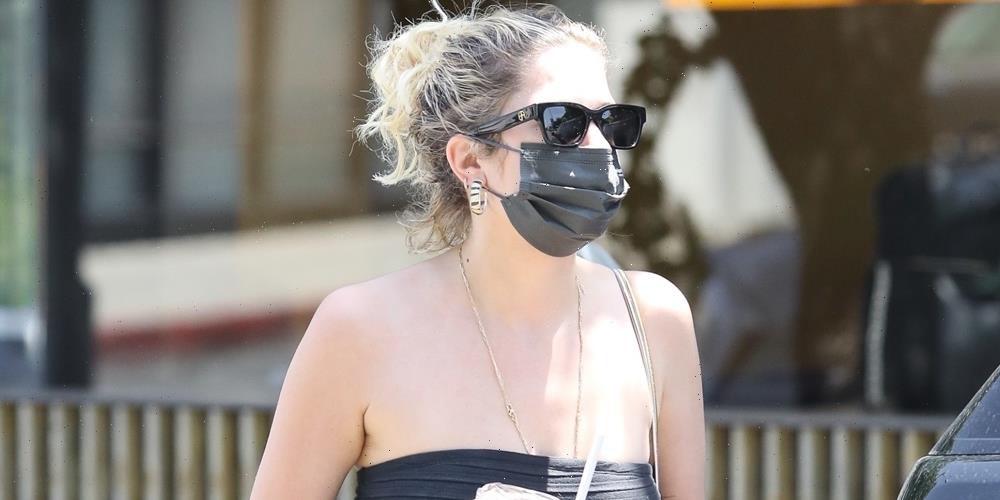 Ashley Benson is showing some skin!

The 31-year-old Pretty Little Liars actress was spotted in a black strapless top, light wash boyfriend jeans and chunky black sandals while grabbing a coffee on Monday (May 3) afternoon in Los Angeles. She opted for some gold accessories and black sunglasses to complete her look.

Ashley has an exciting new project in the works called 18 & Over, a pandemic-slasher horror movie that co-stars G-Eazy. Plot details haven’t been revealed for the film yet, but it reportedly takes place “when quarantine leads to a night of terror.”

“After deciding to shoot this film in the middle of the pandemic, we wanted to make something that would be fun but still a terrifying slasher for audiences during these tough times,” director Jimmy Giannopoulos shared in a statement. “A film relevant to today’s issues of a global pandemic, reality shows, isolation, Only Fans, and obsession.”

It was recently rumored that Ashley had reconciled with G-Eazy after being spotted out and about together last month.