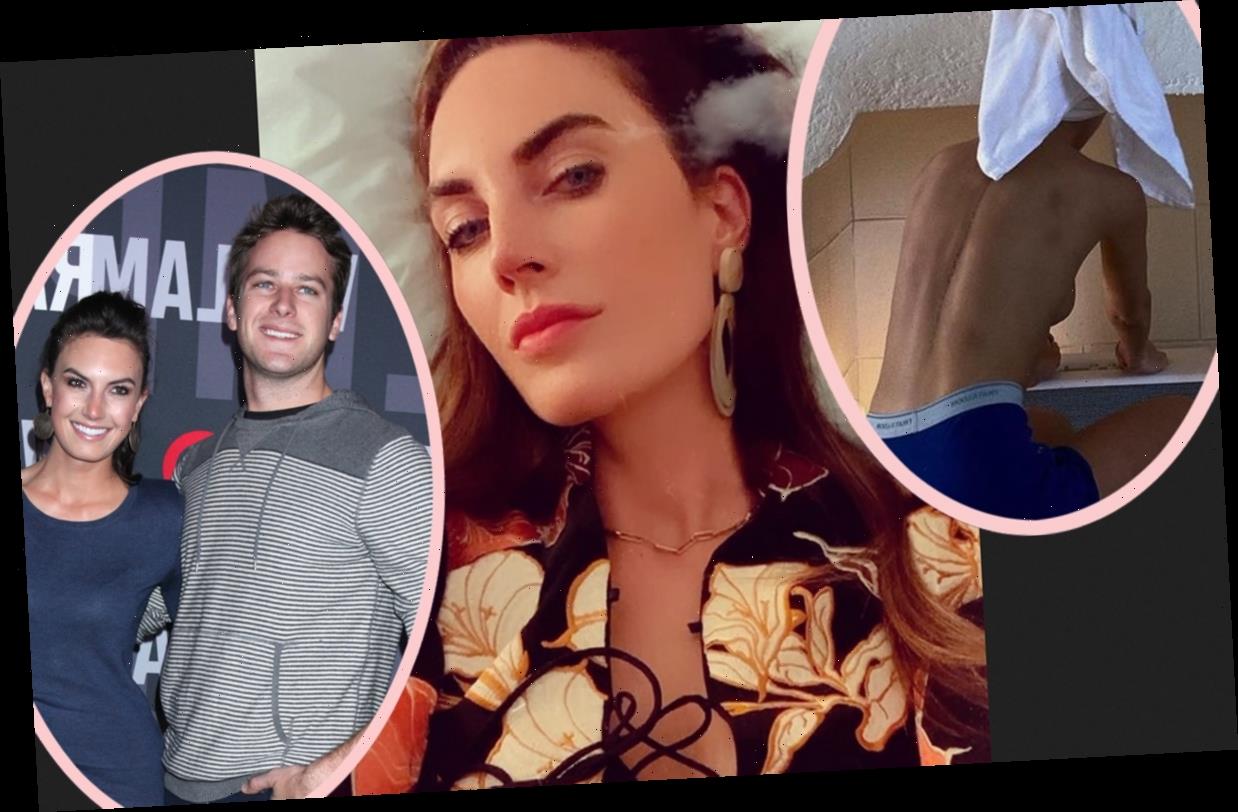 First and foremost, everything that is coming out about Armie Hammer is shocking to most of us. Even some of the Social Network actor’s biggest fans had trouble believing their ears as stories of cannibalistic fantasies and abusive realities spread like fire across the internet.

But ever since the first DMs allegedly showing Armie’s streak of violence toward women leaked, there’s one person everyone has been dying to hear from…

The longtime couple split last year after over a decade together. While the breakup was long before any of these accusations surfaced, much of what’s being alleged occurred during their marriage, which at the very least — if true — makes Armie a philanderer who cheated on her with multiple women.

We’ve heard sources speak to her frame of mind as all this comes to light, but so far she’s stayed silent, save for an offhand remark about Armie’s Call Me By Your Name collaborators working on a cannibal project… until now.

On Monday, the sometime TV personality and Bird Bakery founder laid it all out. She wrote in a lengthy, fraught Instagram post:

“For weeks, I’ve been trying to process everything that has transpired. I am shocked, heartbroken, and devastated. Heartbreak aside, I am listening, and will continue to listen and educate myself on these delicate matters. I didn’t realize how much I didn’t know.”

Inneresting. It sounds like the insiders claiming she didn’t know anything about any abusive behavior were right on the money. It also sounds like she really is reaching out to the women making the accusations. She continued:

“I support any victim of assault or abuse and urge anyone who has experienced this pain to seek the help she or he needs to heal.”

Elizabeth finished by making it clear she will not be giving any tell-all interviews about her time with Armie, stating:

“At this time, I will not be commenting further on this matter. My sole focus and attention will continue to be on our children, on my work and on healing during this incredibly difficult time. Thank you for all of the love and support, and thank you in advance for your continued kindness, respect, and consideration for our children and me as we find ways to move forward.”

The very serious caption seemed somewhat misplaced over a photo of a sunset, presumably on the beach near her new home in the Cayman Islands, where she and her children have stayed since the start of the pandemic.

Is it meant to be contemplative? Symbolic of the ending of a chapter of her life? No idea. It’s a pretty picture and not a pretty subject. But check out the juxtaposition for yourself (below):