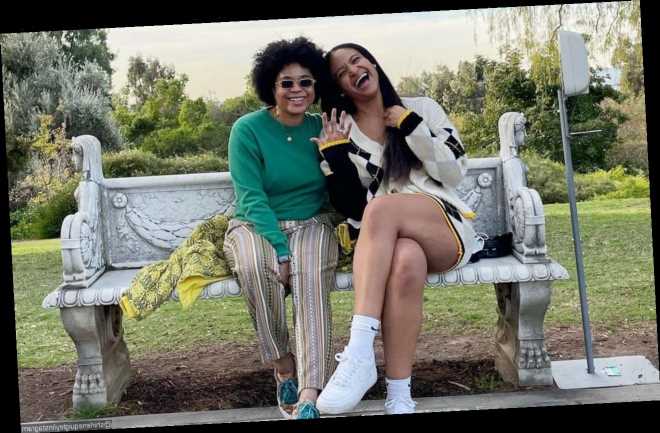 Tayla Parx, who has said yes to Shirlene Quigley’s proposal, is described by her new fiancee as her forever and as ‘someone who showed her what love looked and felt like.’

AceShowbiz -Congratulations are in order to “Thank U, Next” singer-songwriter. It has been reported that Tayla Parx is engaged to dancer Shirlene Quigley. The later asked the 27-year-old to be her wife – and she said yes.

The happy couple confirmed the news on Instagram on Thursday, January 14, posting a shot of themselves sitting on a park bench shortly after the proposal.

“From the first week we met, I knew you would be in my life forever,” Shirlene wrote. “I am a believer, I believe in God, in fairytale love stories. Honoring my values, finding pure love, and someone who would pursue my heart, was something I prayed for daily.”

“To be transparent, as a believer, I struggled for years being attracted to both men and women. I told myself, for years it was something I wouldn’t do again (date a woman). Being judged doesn’t feel good, & that scared me. Until I met someone who showed me what love looked and felt like.”

“She loved that I love Jesus and she loves Him too. Someone who not only I thought was super beautiful from outside, but also the inside. Her eyes light my heart, and laugh fills me with more joy, her generosity with her time is unmatched and her constant pursuit of my heart, has made me feel like such a queen… Safe to say, I said ‘YES’ and I am no longer single lol. @taylaparx you’re my forever. I love you and I’m thankful for our friendship, love, and future.”