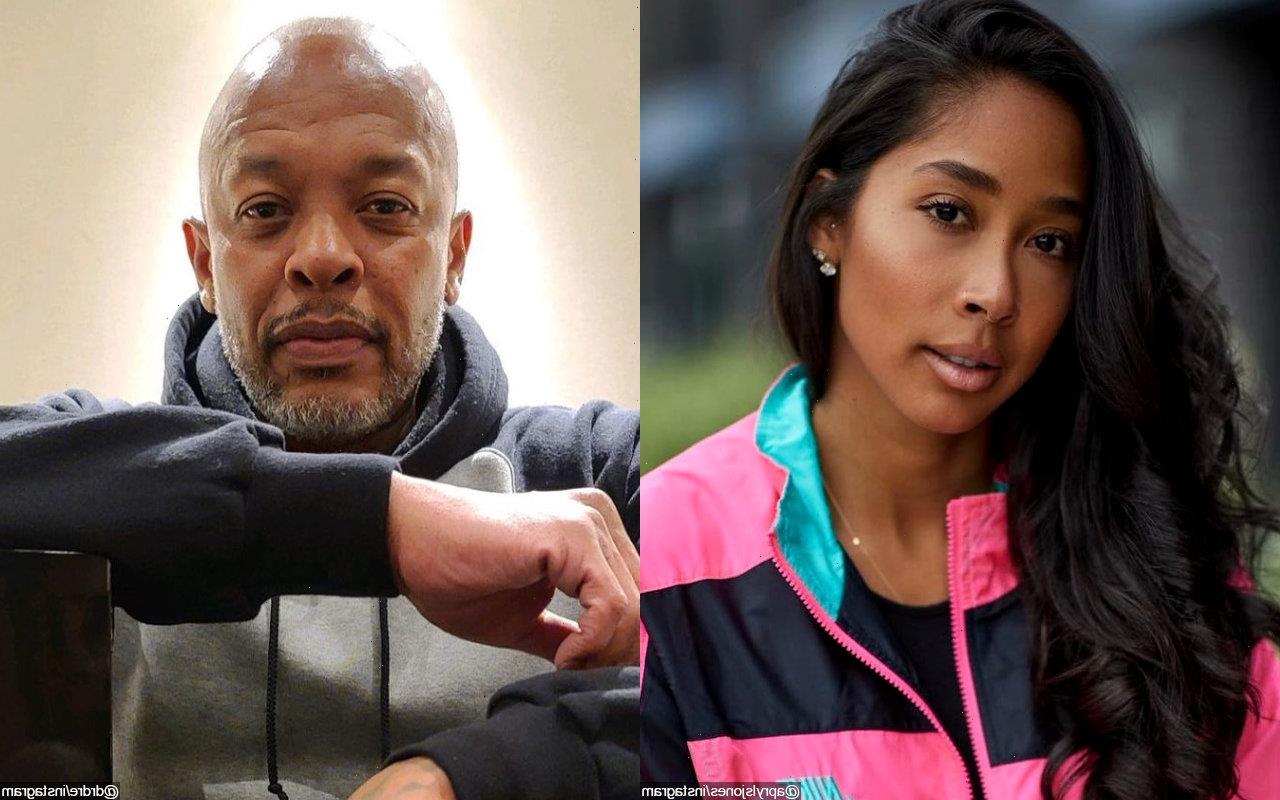 The ‘Love and Hip Hop: Hollywood’ star appears to hint that she may be moving in with the music mogul as she posts a new sexy picture which is presumably taken at Dr. Dre’s massive estate.

AceShowbiz -Things between Apryl Jones and Dr. Dre seemingly continue to heat up. The “Love & Hip Hop: Hollywood” star appeared to hint that she might be moving with the music mogul as she posted a new sexy picture which was presumably taken at Dr. Dre’s massive estate.

In the picture, the TV personality flaunted her curves as she posed in a skimpy neon green bikini. Throwing seductive gaze through her shoulder, Apryl put her derriere on display as she also feature a slight underboob.

In the caption, she cheekily insinuated that Dr. Dre approved her dripping wet look. “Night swim on dat a** oh and cause he told me to post it;),” so she wrote.

Apryl and Dre sparked dating rumors after they were spotted on a dinner date earlier this year. They showed no PDA when leaving BOA Steakhouse in West Hollywood, California as Dre walked ahead and Apryl followed right behind him, but they were seen getting into the same car.

Following some digging, fans found a possible evidence suggesting that the two might have been seeing each other since 2020. Fans believe the reality TV star hinted at her romance with the former N.W.A member in last year’s Thanksgiving post in which she wrote, Finally blessed with a real GENTLEman.”

Amid the rumors, Apryl did confirm that she’s currently in a relationship. “I am dating. And…I’m not looking for anything,” Apryl told Madame Noire back in February, without mentioning the name of her boyfriend. Claiming that she doesn’t have a particular type when it comes to men, she added, “I’m a say I’m not looking. I just feel like…I am dating and I’m open and I feel like what I am hoping to experience is just a great exchange of energy with somebody that feels different and I’ll know it when I feel it.”