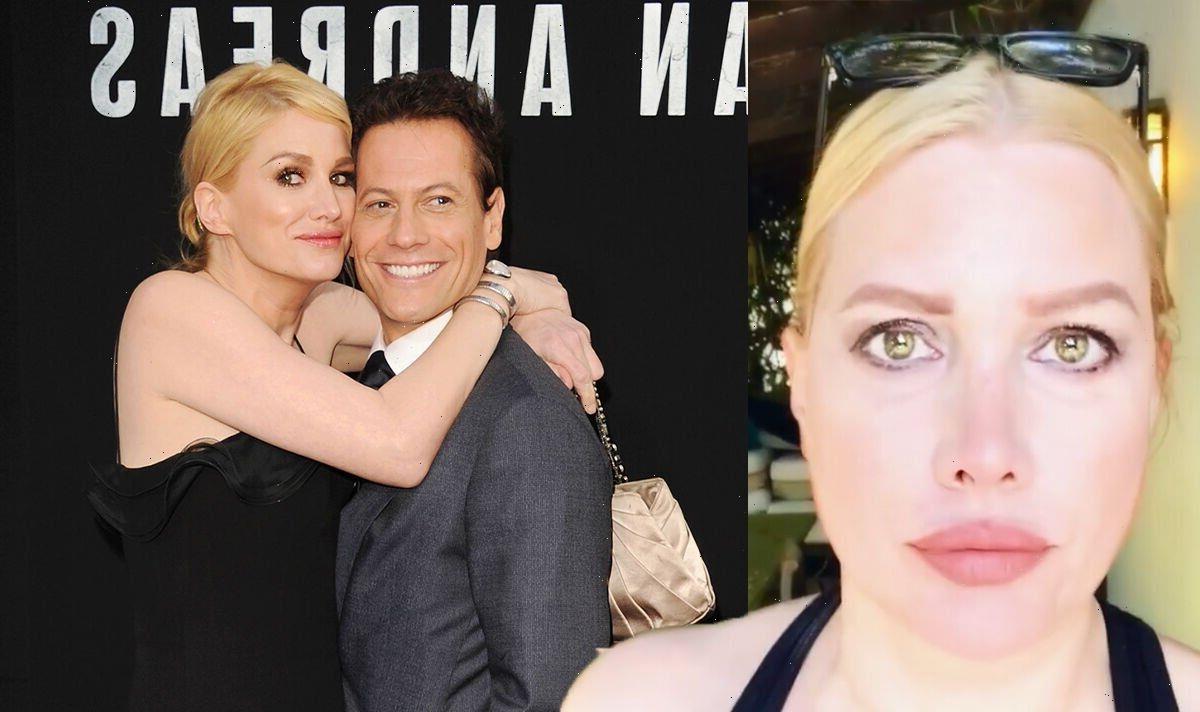 Ioan Gruffudd, 48, married wife Alice Evans, 53, in 2007, however, he left their family home last year, with Alice being very public about the situation. The actress has now set up a GoFundMe page to help raise money for her divorce from Ioan.

Anything you can spare will help.

The page was set up a day ago and included a lengthy heartfelt message as she pleaded to the public for cash.

It reads: “Hi there. I never in a million years thought I would be doing this.

“Until recently everything appeared to be going well in my life.

“I had a wonderful husband and two brilliant kids who had cost us the earth in IVF but were so worth it!

“However in August 2020, just as the pandemic was really kicking in, my entire world fell apart.

“Since that date, I have been not only struggling as a single mother to my babies, but also trying to cover bills and food and legal fees (ha! don’t even talk to me about legal fees) which dwarf any other expense in my life and have finally drained everything – savings, accounts, pension, the lot.”

The actress then alleged that she is “unable” to buy anything.

She claimed: “Yesterday all my accounts ran out and I couldn’t buy anything. On the same day, my husband’s lawyer sent me a letter telling me I was due in court on August 2nd to argue ‘my case’ in the divorce.

“I currently have no lawyer and no funds to pay one. If I don’t turn up at court I will be in contempt, and I have no idea what will happen to me or my kids at that point.

“I’m asking for help – something I’ve never done in my life and never expected to do. I have no parents or extended family to borrow from.

“Just me, my brother and his wife in the UK and my two kids here in Los Angeles. Yes, it’s embarrassing. But here I am. Anything you can spare will help.”

Papers filed last week, according to the MailOnline show that Alice is down to be representing herself, while Ioan has the help of lawyer Leon Bennett.

Leon has a good track record, helping the likes of Hollywood’s Brad Pitt in his lengthy divorce from Angelina Jolie.

The mother-of-two took to social media to announce her marriage break-up in January last year, admitting the actor was walking out as he no longer loved her.

Seven months later announcing their seperation, Ioan had found love with Bianca Wallace, 30, an extra he had met on the set of the Australian crime drama Harrow.

Alice made her opinion on Ioan’s relationship very clear, regularly slamming the actor on social media.

This led Ioan to file for a restraining order in February.

The restraining order was granted in the same month, preventing Alice from contacting him and his new girlfriend.

The former couple were together for 30 years, married for 13 years and share two children together.