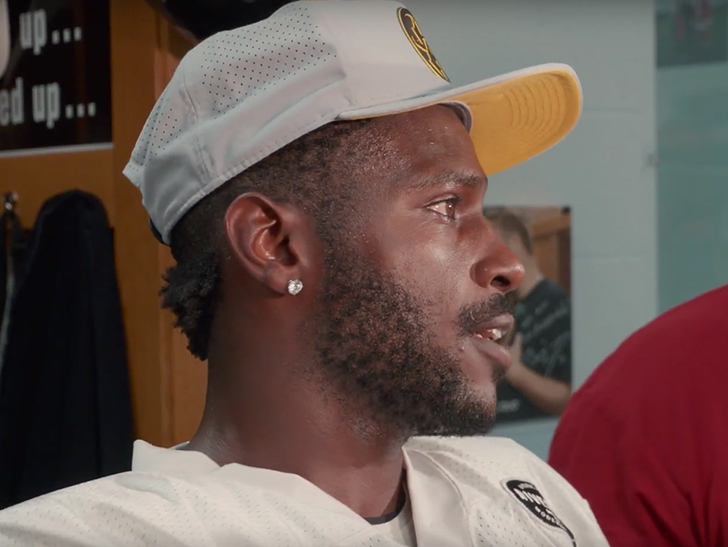 It’s becoming clear why Antonio Brown freaked out and threw furniture off his 14th story balcony — the NFL superstar had told police someone jacked $80,000 cash and a gun from his apartment!!

TMZ Sports has obtained multiple police reports involving the Pittsburgh Steelers star — and it paints a picture of a man who was REALLY pissed off after returning to Florida after an 11-day trip.

The first report was filed on April 23 — Brown told cops he returned to his high-end Miami apartment and noticed $80,000 cash was missing from a tote bag he had hidden in his closet.

Cops obtained surveillance video which showed a cleaning crew entering Brown’s place on April 13. Cops found the women who said they had been hired and authorized by someone claiming to be Brown’s representative.

The women denied taking the cash and the gun — and insinuated it could have been other people who were in the house in the days before Brown left for his trip.

The next day, cops were called back to the apartment complex after getting calls about Brown throwing furniture — including vases — off his balcony.

As we previously reported, Brown is being sued by a man who claims Antonio almost killed his 22-month-old son during his tirade.

Cops say Brown was not arrested for the incident — but the complex told them they would initiate eviction proceedings to kick him out.

Police were called to Brown’s apartment AGAIN the very next day, April 25th, when Brown reported that someone had stolen his black Rolls Royce.

But when cops showed up to his apartment, Brown said, “I found the car” and closed the door in their faces.

We reached out to Brown’s agent for comment — but haven’t heard back.

Previous post Serena Williams’ Husband Slams Double Standard: It’s OK For Brett Kavanaugh To Lose It, But Not My Wife?