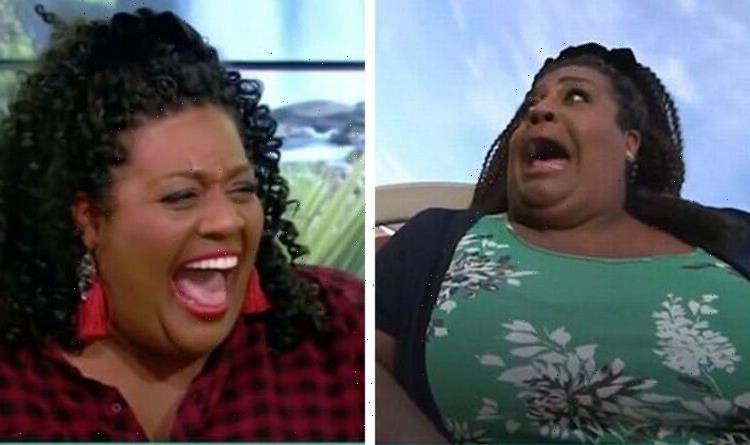 This Morning presenter Alison Hammond has admitted she gets her fair share of trolling attacks due to her weight. However, the 47-year-old, who once appeared on I’m A Celebrity… Get Me Out Of Here!, has vowed to live her life to the full without being pressured into changing how she looks.

We’re all going to die eventually

In fact, Alison insists that she “likes” taking up extra space and has no interest in losing weight.

“I take a little bit of extra space in the world and I don’t think I’m hurting anyone.”

She has also questioned whether she might look larger on air than she does in real life, as it’s said that “television puts on a bit of weight”.

She did concede that she might choose healthier food options in the near future to prevent an attack of joint pain, which she has been suffering in her knee.

Other than that, Alison doesn’t intend to change – although she admits that she receives daily comments critiquing her figure.

One message earlier this week raged that the star needed to lose 40 stone, although Alison says that if she lost that much, she would be “dead”.

The former Big Brother star was speaking to fellow ITV presenter Lorraine Kelly and her daughter Rosie Smith on their What If? podcast.

During the transmission, she also revealed that she is “good at overcoming things” in spite of them appearing difficult.

“We’ve got to live the best life that we can possibly live and just love each other for what we are,” she suggested, adding that her journey to self-acceptance had become easier with her increasing age.

She mentioned that the This Morning glam team – also praised by the likes of Dr Zoe Williams during an exclusive interview with Express.co.uk – help her to look and feel her best, transforming not just her make-up, but her confidence.

Calmly defining herself as “a little bit extra in the world”, Alison has made it clear she intends to keep the same positive mind-set in spite of any negative comments she might receive.

“Everyone knows I’m a big girl, leave me alone!” she added.