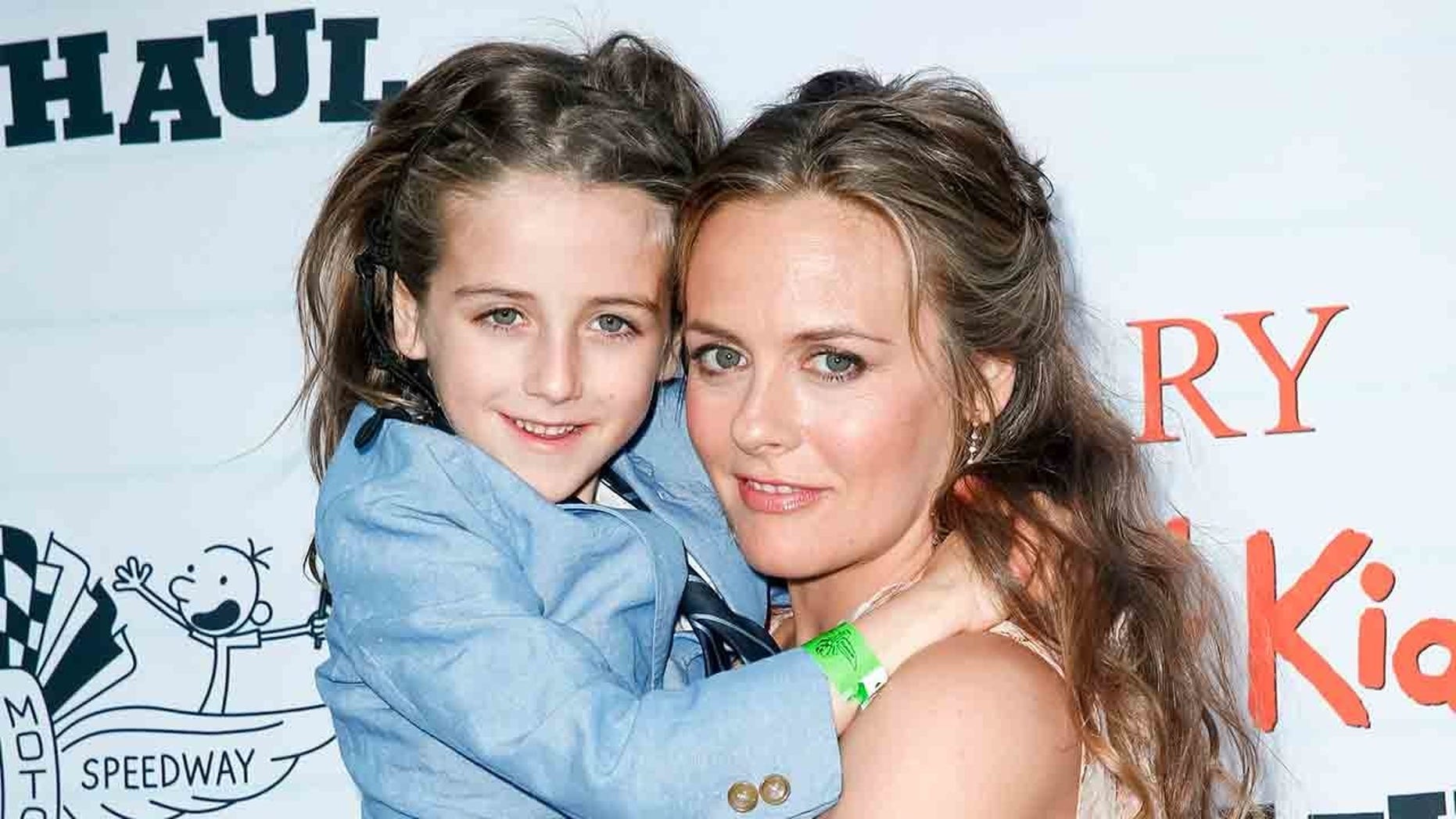 “He’s never had to take medicine in his life,” she told Page Six of her 7-year-old son, Bear, on Thursday. “He can get sniffles and a runny nose but he’s not down, he still goes to school. Two times in his life has he been like ‘Mommy I don’t feel good,’ and it was only for a few hours and he was back running around.”

The actress, 42, has been vegan since she was 21, but at the time, the thought of a plant-based lifestyle was nowhere near as popular or talked about as it is now, she told us.

“I remember when I would go on David Letterman and go on Jay Leno and they’d be like ‘Vegan?! What’s a vegan?’ And they would just make a whole fun riff on it because it was like I was an alien, no one was talking about being vegan on television,” she recalled.

Her first cookbook, “The Kind Diet,” features a recipe for her mom’s granola — which Silverstone considers an indulgence.

“I can’t keep it in the house,” she said. “I let [ex-husband and Bear’s father] Christopher [Jarecki] have it at his house. I’ll make it and then give it to him because if it’s in the house, I can’t stop eating it.”

Silverstone filed for divorce from Jarecki in May after almost 13 years together.

But in terms of finding vegan food on-the-go, the actress rattled off a list of plant-based hot spots around New York.

“Thank God for Jean Georges,” she gushed of famed chef Jean Georges Vongerichten. “I remember maybe 12 or 15 years ago you’d go to a restaurant and I knew he was the place to go because he loved plant-based food and he would make an incredible meal.”

Of the vegan and eco-friendly lifestyle becoming more mainstream, Silverstone says she’s thrilled that her lifestyle is no longer met with concern or skepticism.

“I’m just so excited that there are people in the world that see it,” she explained. “Maybe they’re going to take baby steps to get there [but] that’s a way better place then being like ‘Are you OK? Are you gonna die?'”