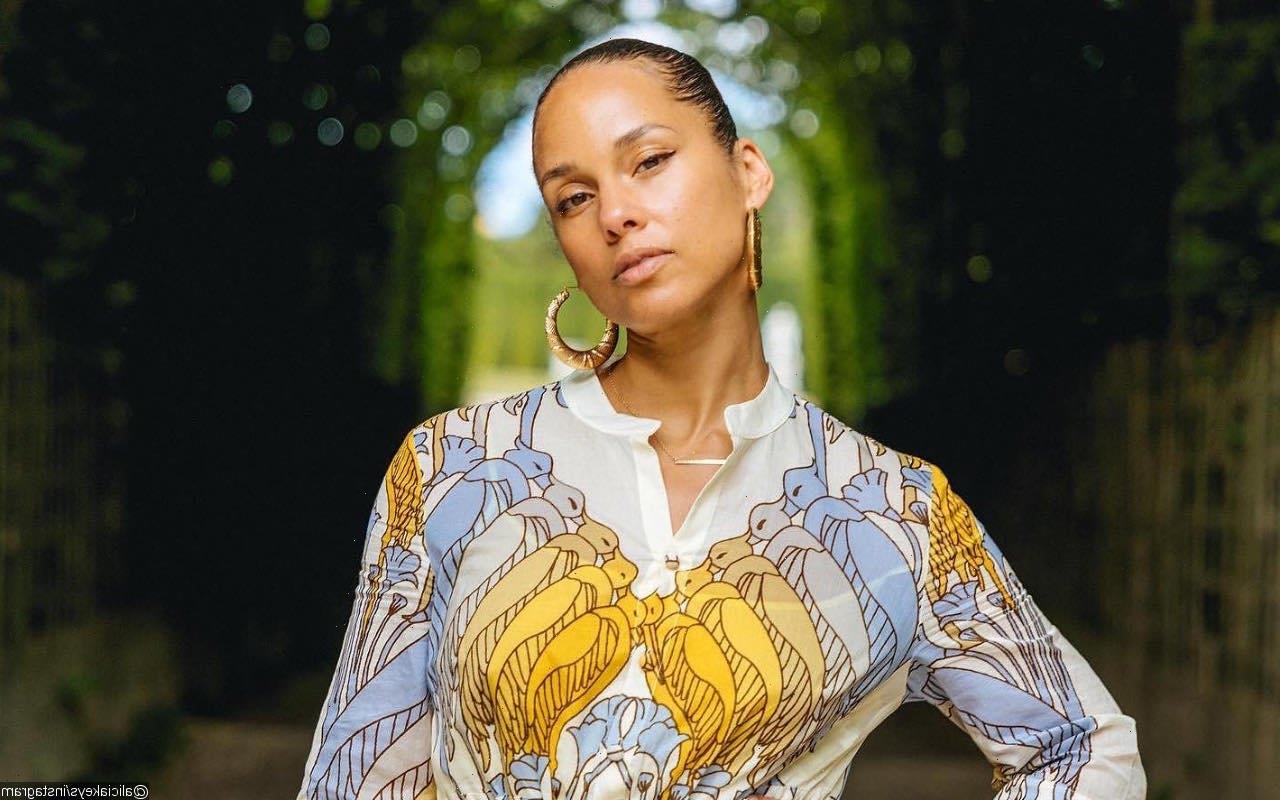 The ‘If I Ain’t Got You’ hitmaker, who is currently on tour promoting her eighth studio album, was surprised by a fan who got too intimate with her during her stop in Vancouver.

AceShowbiz -Fans can be aggressive and Alicia Keys learns about it firsthand. The “If I Ain’t Got You” hitmaker, who is currently on tour promoting her eighth studio album “KEYS II”, was surprised by a fan who got too intimate with her during her stop in Vancouver.

During the show, which took place at the Rogers Arena, Alicia walked down the side of the stage to greet fans. While singing her 2010 smash “No One”, she waved to each of her fans before one of them suddently grabbed the singer’s face and kissed her on the cheek.

Alicia looked visibly shocked by the sudden kiss. Despite that, the singer continued her performance like a pro she is.

A fan shared a video of the moment on Twitter, writing in the caption, “GET ALICIA KEYS OUTTA THERE RIGHT NOW!!!” The clip was then reposted on Hollywood Unlocked’s Instagram page. “We love this song too, but damn, lady! #Socialites, was this fan doing too much by kissing #AliciaKeys on the cheek?!” it wrote in the caption.

Alicia caught wind of the post and shared her reactions to being kissed by the female fan. “Trust me, I was like what the F**K!!!!!!!!” the “Girl on Fire” singer wrote in the comments section. “Don’t she know what time it is???”

Upon watching the video, Internet users also quickly shared their reactions to the hilarious moment. “Oh hell naw.. too much goin around for that level of closeness,” one person said. Another user added, “did way too much it’s too much s**t going on going around immediately no!”

Criticizing the female fan, a person wrote, “Y’all gotta start learning to respect peoples space !!!!!!” Someone else said, “Nahhhhh I would’ve snapped, people too damn comfortable,” while one person urged Alicia to sue the fan.

That aside, Alicia recently celebrated her 12th wedding anniversary with husband Swizz Beatz. Swizz took to social media to wish his wife a happy 12-year anniversary. “Today 12yrs ago I married my best friend. Every sec has been filled with love and adventures. The best part is we didn’t even start yet. Love you 4 life Queen,” the “Verzuz” creator wrote on his Instagram account.

Prior to that, he gifted his wife a 150 carat Egyptian Queen inspired necklace. It was said that the jewelry, which comes loaded with baguettes around the main piece, cost Swizz $400k.

While the pair look lovable as ever, Alicia previously shared that Swizz wasn’t even her type at first. “Honestly, I didn’t really like him that much,” she revealed. “I thought he was too ostentatious. Everything with his is really over the top. I used to see him and think, ‘He is so annoying.’ “