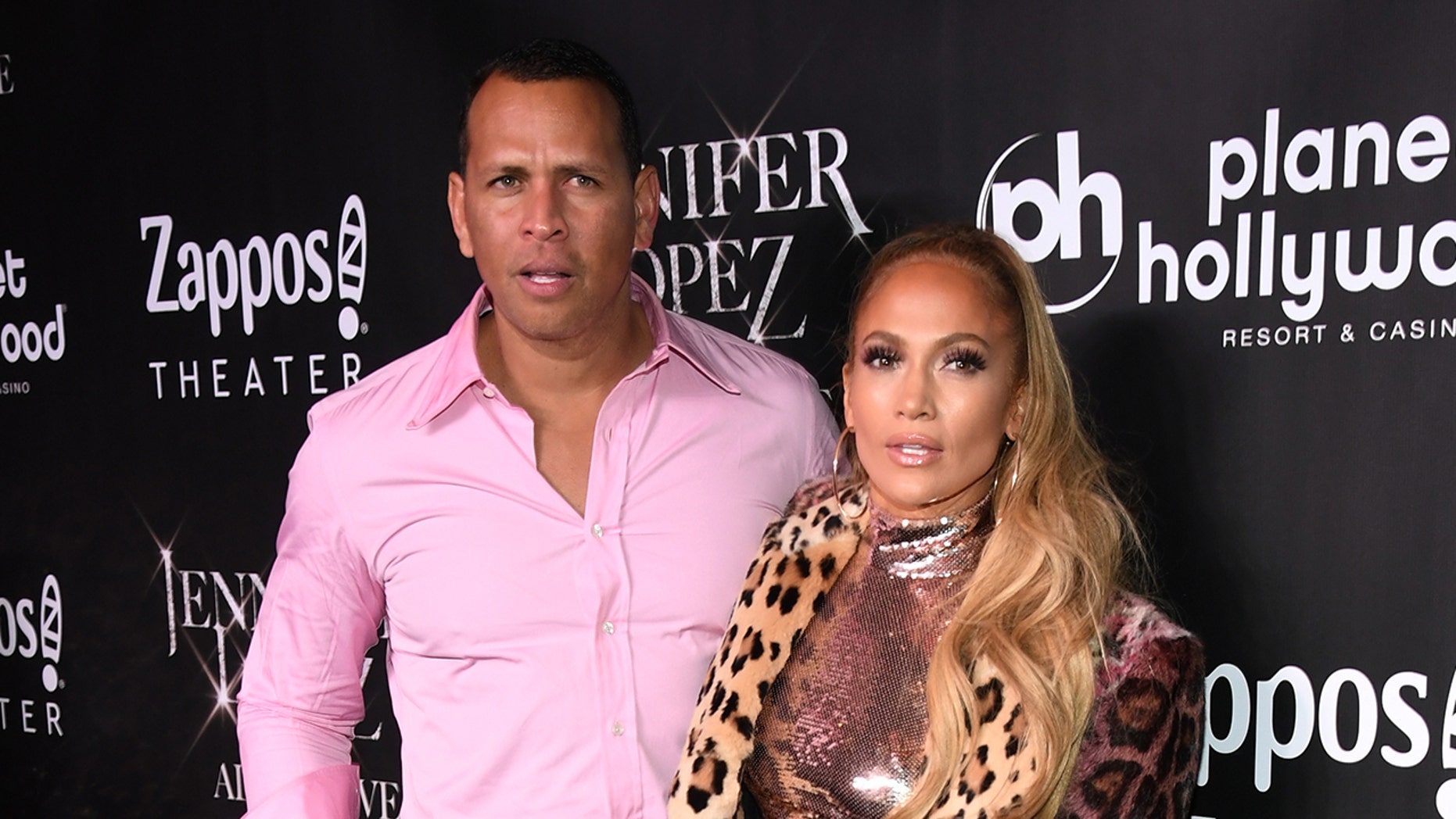 Former Yankee Alex Rodriguez’s new flame Jennifer Lopez has clashed with his ex-wife Cynthia Rodriguez over how much he ponies up in child support, sources say.

It’s Jenny from the block vs. Cynthia from the cul-de-sac.

J-Lo, known for her pricey baubles and five-figure exotic-skinned Birkins, not only attended a Sept. 13 mediation in Miami between the retired slugger and his ex, but the “Dinero” singer inserted herself into their sensitive child-support negotiations, multiple sources told The Post.

J-Lo’s presence blindsided Cynthia, sources said, with the A-lister going so far as to force A-Rod out of the room when Cynthia was present.

The legal proceeding quickly devolved when Lopez insisted that Rodriguez, who earned more than $400 million in his MLB career, should only have to pay $10,000 a month in child support — a pittance compared to the reported $100,000-plus he’d been doling out monthly to support his young daughters Natasha and Ella, sources said.

The mediation was to continue the next day, but was scuttled after the first day’s contentiousness.

Mediations are confidential, and both Cynthia and her attorney, Maurice Kutner, would not comment on the proceeding.

But after TMZ reported that A-Rod is looking to “drastically” reduce his monthly child-support payments, Cynthia Rodriguez agreed to talk to The Post about her recent frustrations with her ex, and what she calls the “unsettling” turn their post-divorce relationship has taken since J-Rod — the nickname for Lopez and A-Rod — became an item last year.

“All I can tell you, there’s been a shift, and I’m not sure what to attribute it to,” said Cynthia in a rare public interview last week. “Alex has dated some wonderful women since our divorce, many of whom have had positive relationships with our children. Alex and I have worked well trying to create a stable environment for our daughters and there has never been an issue. Until now.”

It wouldn’t be the first time a headstrong Lopez, who has been divorced three times, has taken the reins in a relationship. In the early aughts, she plucked her backup dancer Cris Judd from anonymity and thrust him into the spotlight during a 16-month marriage. And then there was her infamous two-year relationship with Ben Affleck (2002 to 2004), during which the flashy Lopez transformed the low-key movie star into a tanned, pomaded piece of arm candy who was ridiculed endlessly in the press.

Cynthia, 45, who has always used Rodriguez as her surname after the 2008 divorce from Alex, got engaged to a Florida businessman involved in real estate and the fitness industry four years ago.

She and her fiancé — who she declined to name — welcomed a daughter two years later.

“Everybody got along,” Cynthia said of the relationship between her fiancé and A-Rod early on. “Everything was fine. This is all new.”

Lopez’s intrusion isn’t unheard of, according to legal experts who said it’s not unusual for a significant other to make an appearance at a mediation, especially if the mediator thinks the parties might reach a resolution more quickly.

But no such tidy ending took place with J.Lo in the room. Cynthia attended the proceeding alone, according to sources.

Ron Berkowitz, Alex Rodriguez’s spokesman, said he had “no idea” if Lopez was present at the mediation, and declined further comment. Lopez’s representative declined comment. Alan Kluger, an attorney for A-Rod, did not return a call.

In the midst of J-Rod allegedly trying to skimp on child support, the duo have been blatantly showcasing their decadent lives on social media. Earlier this week, Lopez, who is worth an estimated $380 million, Instagrammed pics from a trip with Rodriguez, with one showing her posing in a private jet decked out in Chanel and Hermes. In August, she documented their luxe vacation in Capri, and in May, Rodriguez posted a pic from the Met Gala of him and Lopez hobnobbing with the Kardashians.

On Father’s Day, Lopez, who shares twins Emme and Max with ex-hubby, singer Marc Anthony, posted a video of her beau opening his gifts with the caption: “Happy Fathers Day to the most loving daddy to Tashi and Ella!! And thank you my love for being so beautifully loving to Emme and Max … We are all so lucky to have you in our lives.”

But Cynthia is feeling anything but lucky right now.

According to Kutner, there have been no filings in Cynthia and A-Rod’s divorce case since 2009 when a final judgment was rendered. All the terms of the divorce settlement are confidential.

In April, Alex Rodriguez claimed he wasn’t trying to reduce his child-support obligations, contradicting the TMZ report, which stated Alex Rodriguez feels as if “he’s bankrolling” Cynthia, her fiancé and the couple’s new baby girl.

“Alex always supported the relationship and was appreciative that our children were being exposed to a person of his caliber,” said Cynthia, referring to her fiancé and his relationship with Natasha, 13, and Ella, 10. “All was well until recently.”

Cynthia says her fiancé is anything but a freeloader, having started a company called Quality Fitness and also working in real estate. She adds that in the 10 years after her divorce from A-Rod, she’s “never discussed” publicly any of the terms of their divorce settlement or custody arrangement. She and Kutner both said there have been no issues that weren’t resolved by a phone call between Cynthia, Kutner and A-Rod’s attorney, and that even then, those calls were “infrequent” over the last decade. Cynthia was miffed when the TMZ story appeared and aired what she considers confidential information.

“After 10 years of flawlessness, this situation is unsettling,” Cynthia said. 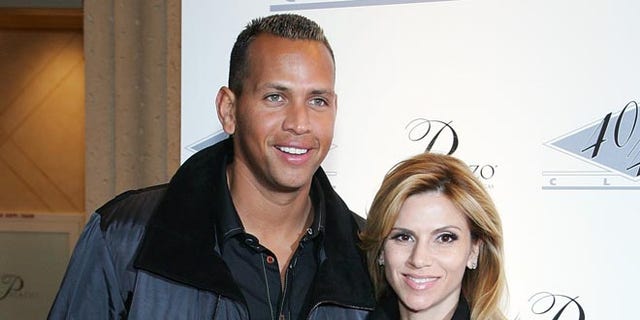 One thing’s for sure — when Rodriguez plays, he plays to win.

During a Sept. 24 speech at the Midtown Manhattan Hilton where he was an honoree at the “Great Sports Legends” gala for the Buoniconti Fund and Miami Project to Cure Paralysis, Rodriguez gushed about Lopez, who was on his arm that night. “I’ve been blessed to have my mother and Jennifer as my inspiration daily. Our philosophy is, when in doubt, attack,” A-Rod said.

During the Biogenesis doping scandal in 2013 — which ultimately resulted in a season-long (2014) ban from playing — A-Rod took his philosophy, and the advice of another strong woman, to heart. A published report said that it was Desiree Perez, a key player in Jay-Z’s Roc Nation empire, who steered Rodriguez toward his unsuccessful scorched-earth policy of fighting Major League Baseball and launching lawsuits against MLB, the players’ union and a Yankee team doctor.

Meanwhile, matters between Cynthia and A-Rod have been complicated by Cynthia’s younger brother’s legal war with Alex.

Constantine Scurtis filed a multi-million dollar civil suit in Miami state court against Alex Rodriguez in late 2014, alleging, among multiple claims, that A-Rod bilked Scurtis out of millions of dollars in the real estate venture they started together in 2003. Scurtis claims he was forced out of the company, ACREI L.L.C., in 2008, the same year Cynthia and Alex divorced. The case is churning ahead despite A-Rod’s unsuccessful attempts to have it dismissed.

“Of course [the lawsuit] is a sore subject,” said Cynthia. “I’m in the middle of my ex-husband, who I still care for very much, and my baby brother, who I love. It’s a difficult spot for me to be in. But I’m not sure if the lawsuit is the real motivation for what Alex is doing now.”

J-Lo’s name surfaced in at least one court document pertaining to the Scurtis lawsuit. In an April 30 motion filed in the case, Cynthia is accused of making “disparaging remarks” toward Lopez. Cynthia calls those allegations “simply not true.”

“I’m not a celebrity, nor do I care to be one,” said Cynthia. “I lead a conventional life. I’m a mom. I would never try to disparage anyone Alex is dating. It’s ridiculous. I try very hard to stay uninvolved. The subject [of Lopez] is sensitive and better left not commented on in any way.”

As recently as last year, A-Rod was pulling down more than $20 million in annual income. The Yankees released him in 2016 but he got paid $21 million in 2017 — the last year of his 10-year, $275 million deal — even though he never suited up in pinstripes. He also successfully transitioned to jobs as a TV baseball analyst and Yankee team adviser.

Rodriguez was a FOX analyst during the baseball playoffs that just concluded and this past season he was part of ESPN’s “Sunday Night Baseball” telecast. He was also a Yankees team adviser in 2017 and in 2018.

The Post has learned that the Yankees have not yet discussed whether or not Rodriguez will return as a team adviser in 2019, although Yankees managing general partner Hal Steinbrenner has been praiseworthy of Rodriguez’s contributions.

Despite his jet-setting ways, the TMZ report said Rodriguez makes far less now than he did during his Yankee-playing days.

While Cynthia’s divorce settlement is confidential, she hasn’t been sitting around waiting for her ex’s money to flow in as the TMZ article implies. In addition to raising her two daughters with A-Rod, Cynthia has purchased, constructed and renovated several Miami properties successfully over the last decade. She has a degree in psychology and volunteers for several women’s groups and sponsors various charitable events.

But Cynthia is left to wonder how private matters like the raising of her two daughters with A-Rod has become tabloid fodder.

“That’s not the way I was raised, and I find it deplorable that private information is being spread in the news,” says Cynthia. “Finances are not an issue for my former husband, and they’re not an issue for me. There really is no issue. That’s why this is so unsettling.”