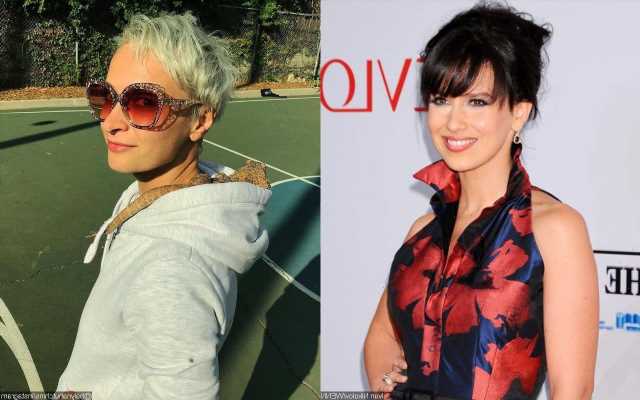 While she has been putting on a supportive display to her husband, the yoga instructor is accused of making the ‘Rust’ shooting about herself as she has been publicly addressing the situation.

AceShowbiz -As Alec Baldwin is battling public’s judgment in the wake of the “Rust” shooting, his wife Hilaria Baldwin has been scrutinized for her eagerness to publicly address the situation. While she has been putting on a supportive display to her husband, many have accused the yoga instructor of making the tragedy about herself.

Recently, Hilaria couldn’t help interrupting Alec while he spoke to the reporters for the first time since the death of Halyna Hutchins. In a video of the interview, the mother of six was seen entering the frame several times as she angrily defended her husband in front of the camera.

A visibly annoyed Alec told his wife, “Excuse me.” At another point, Hilaria was upset when a reporter forgot to mention Halyna’s name. “Her name is Halyna,” she barked to the reporters. “You guys, you guys, you know what? No details.” Alec once again kept his wife in check as saying, “Do me a favor. I’m going to answer the questions.”

In response to the interview, many slammed Hilaria for jumping in the interview. “#AlecBaldwin speaks out about #HalynaHutchins. Btw what’s up with his weird wife hoping for her 10 min of fame? She should have stayed in the car with the crying kids,” one person tweeted.

Another similarly described the scene, “This scene with Alec Baldwin and Hilaria Baldwin (aka 100% not-Spanish Hillary from Boston who is still using a fake accent) is nuts. He’s trying to deal with the paps and his wife keeps jumping in, trying to butt in and FILMING because she’s that desperate for attention.”

“They were waiting for your husband, not you #hilariabaldwin,” someone blasted the yoga teacher. “There is no ‘we’ to them. What happened was a tragedy. Stop making it about you.” Another added, “He’s trying to deal with the paps and his wife keeps jumping in, trying to butt in and FILMING because she’s that desperate for attention.”

Another instance was when Hilaria posted a Halloween post which featured pictures of her family, including Alec, dressing in various costumes. Many deemed her post “inappropriate and tasteless.”

Another explained, “The Baldwin kids should absolutely enjoy Halloween. This year, though, #hilariabaldwin should have kept their festivities (and herself) off social media. Halyna’s son didn’t get to enjoy this holiday. Celebrate without posting, Hillary. It’s literally the least you could do.”