Breaking News
Kate Garraway says she's hanging over a cliff-edge yelling 'don't let go' as she pulls Derek back after his breakthrough
The Real Meaning Behind 'The Fly' Movie Might Surprise You
THE SVOD SHAKEOUT REPORT: A massive media shakeout is on the horizon — here are the key trends, players, and how we think it will play out
Alex Jones pulls out of The One Show for a week after pal gets coronavirus
Skip to content

Adele recently took to Instagram and celebrated Notting Hill Carnival with a bikini picture showing off her incredible weight loss. The 32-year-old hitmaker has now appeared to have gained a new admirer as Chet Hanks – son of Hollywood actor Tom Hanks – has publicly reached out to her.

Taking to Instagram, Chet posted a video of himself sitting in the car and singing along to Adele’s song Set Fire To The Rain.

He impersonated a Jamaican accent as he told the singer just how good he thinks she looks in her new picture.

In the short clip, he gestures towards his phone as he asks Adele to “hit me in the DMs”.

The cheeky post, which has gained over 200,000 likes, was captioned: “PLEASE SOMEONE TELL ADELE HIT MY LINE ASAP! 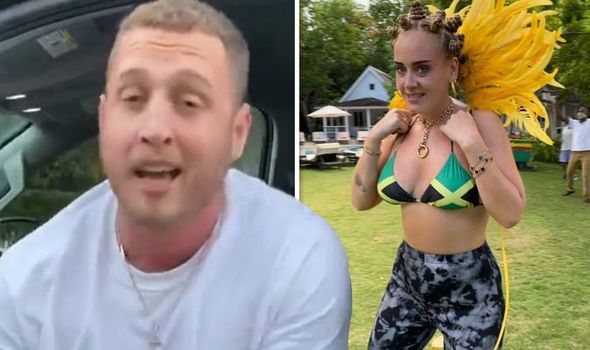 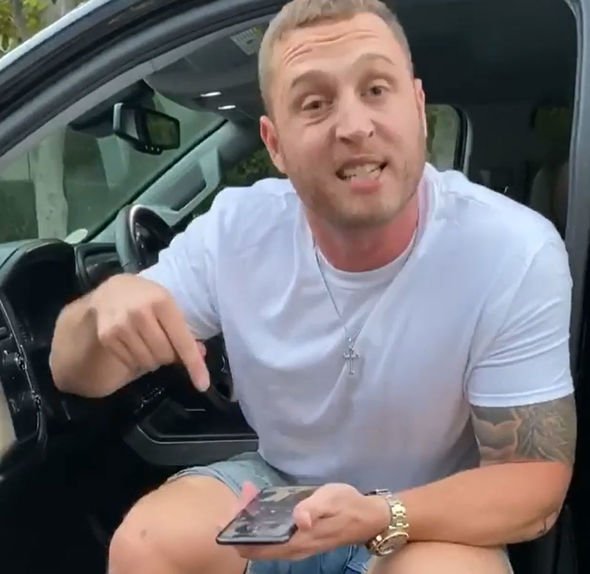 “I NEED TO TALK TO HER ABOUT SOMETHING.”(sic)

Chet’s post came just days after the Make You Feel My Love star posted a shot of herself wearing a Jamaican flag bikini top and Bantu knots, a traditional African hairstyle, to mark the cancelled Notting Hill Carnival festivities.

The singer showcased her toned physique sporting a pair of tight leggings.

“Happy what would be Notting Hill Carnival my beloved London,” she captioned the post. 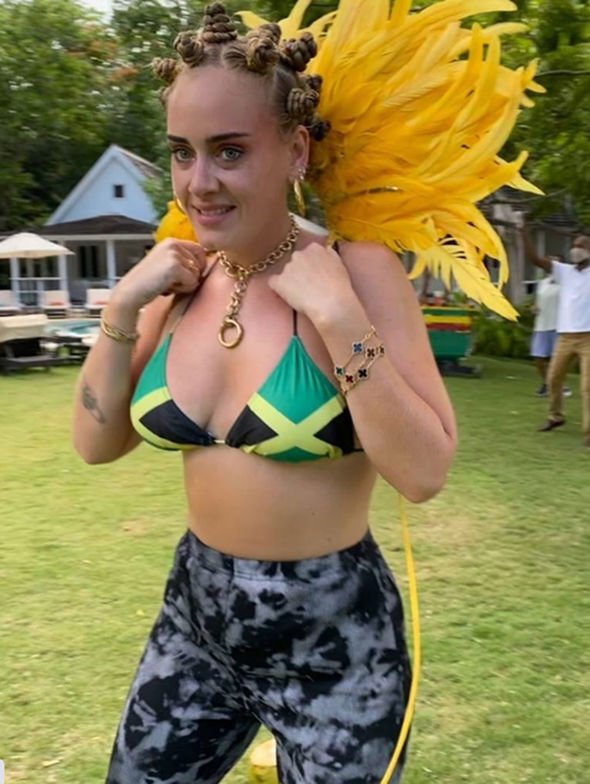 The bikini photo sparked online backlash with some people accusing the singer of “cultural appropriation”.

Her hair was noticeably styled in Bantu knots, a traditional African hairstyle that has been around for more than a century.

Other’s came to Adele’s defence saying she was not appropriating but celebrating Jamaican culture on her huge platform in a positive way.

Naomi Campbell was among those to back Adele after the picture caused a storm. 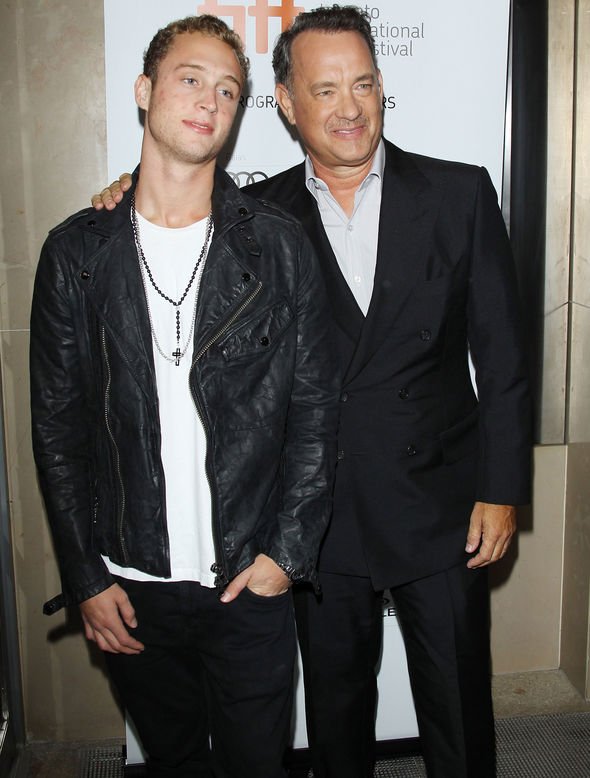 The model, whose mother was born in Jamaica, commented on Adele’s snap with love hearts and Jamaican flag emojis.

Meanwhile, the singer has remained tight-lipped about her incredible weight loss transformation.

Adele’s former personal trainer Camila Goodis previously spoke out while appearing on Lorraine at the start of this year.

She said: “She’s working out but I think 90 per cent of it is diet.

“It’s a good diet to shed the weight. The first week is intense, green juices and only 1,000 calories.”

Back in October 2019, a source told The Sun: “Adele’s been secretly working with these personal trainers.

“She’s not the sort to exercise in front of others, so she follows regimes and plans at home, using their videos and tutorials.

“The progress she has made in the last six months is clear for all to see.”