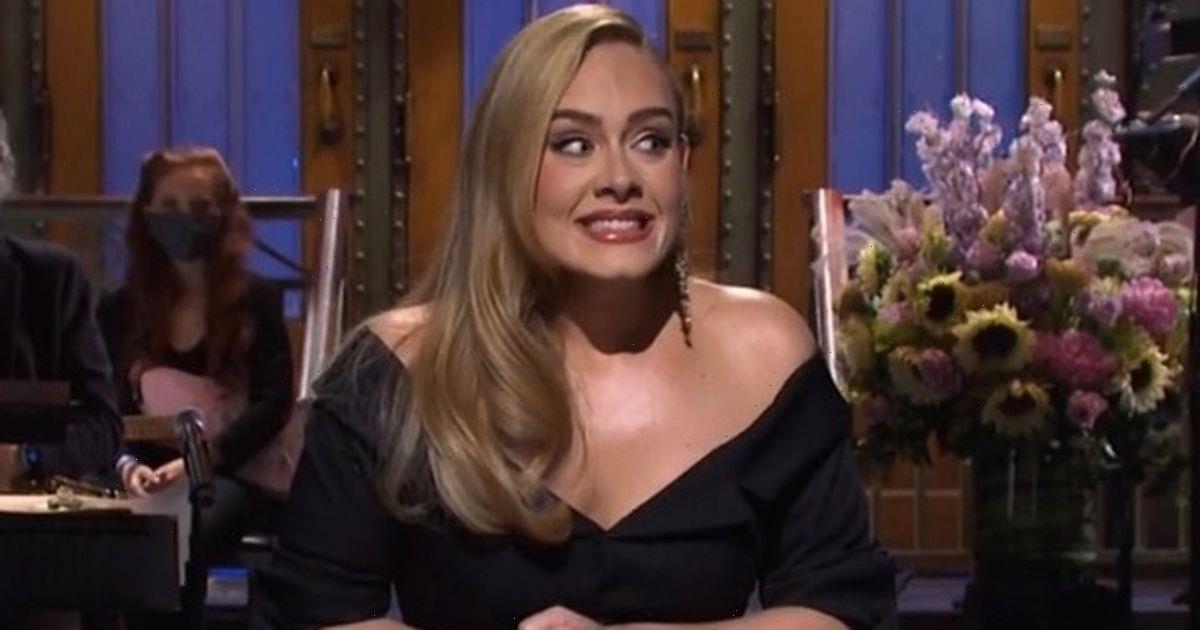 Adele has teased her highly-anticipated comeback to music by sharing a sneak preview of her new single.

Six years on, the star has finally given fans what they wanted and unveiled a tiny teaser of her comeback track, called Easy on Me.

Adele chose to tease the new tune by sharing a black and white promo video for it on her Instagram page.

The clip sees the gorgeous singer pushing a cassette tape into the player in a car. The tape has the words 'Easy on Me' written on the label of it.

Adele is then seen looking into the rearview mirror of the car, with her distinctive cat eye makeup look on show before she looks down, turns the volume up and the sound of crackling can be heard faintly.

A piano tune then kicks in as Adele drives while rolling her out on the outside of the car to embrace the wind.

The camera cuts to the outside view of Adele's hand rolling in the wind while she drives along, giving a peek at her outfit.

Singer Adele is wearing a wet look black jacket as she drives through an open road. Then. The camera focusses on music sheets which are sat in the back of the car.

Soon, the wind begins to disrupt the sheets and they are seen flying out the car window.

Viewers then get a better look at the car Adele is driving, which has a trailer attached to it with a dining table and chairs packed inside.

The quick clip then fades to black as the comeback single's name Easy on Me pops up on the screen with the release date also being revealed.

Fans won't have to wait much longer to listen to her latest sound as it will be released on Friday 15 October.

For the latest showbiz reports and breaking news visit http://www.ok.co.uk/celebrity-news.

Check out all the latest hot topics on OK! magazine’s news section and discover exclusive celebrity news about your favourite soap actors and reality stars.

We're also on Facebook.com/okmagazineuk – for the latest online celebrity news, features, galleries and videos throughout the day from your favourite site.