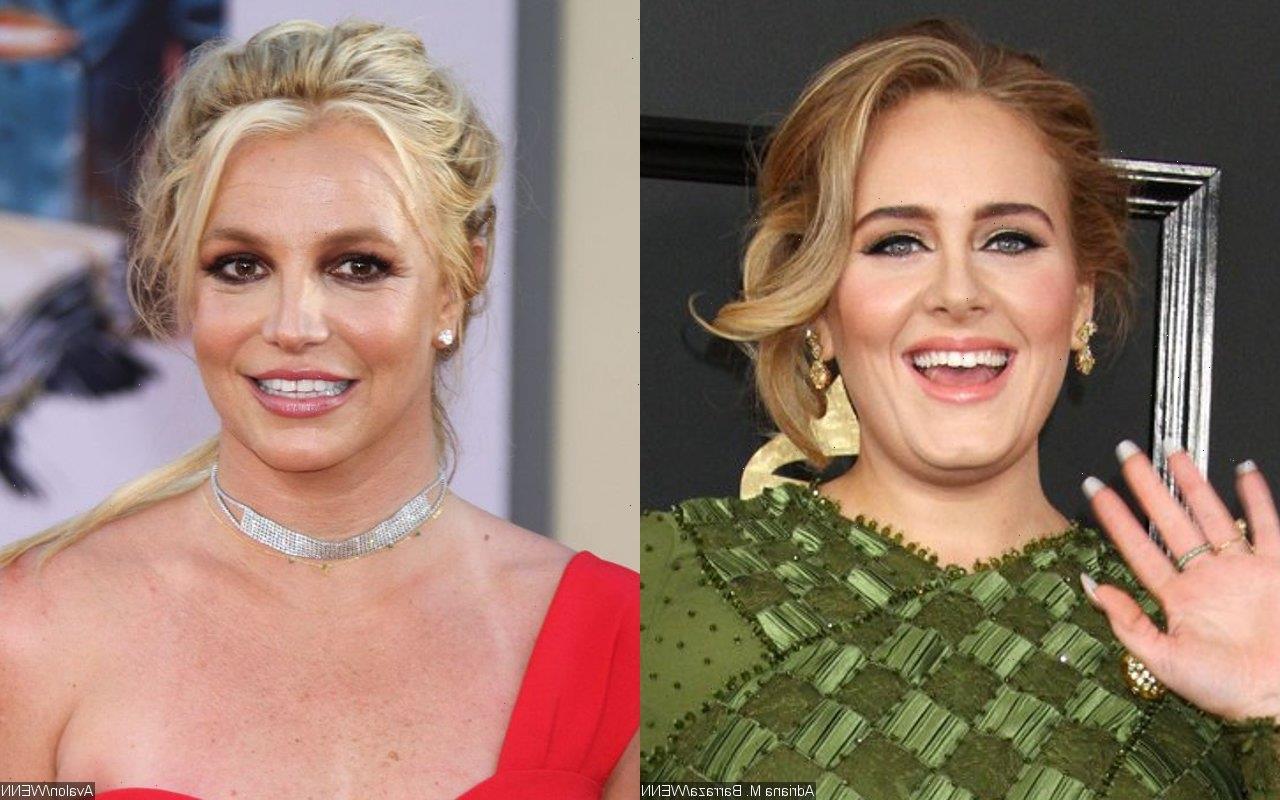 Aside from expressing her adoration for the ‘Toxic’ hitmaker, the ‘Rolling in the Deep’ singer shares in her first-ever Instagram live session a snippet of upcoming single ‘Easy On Me’.

On Saturday, October 9, the “Rolling in the Deep” singer took to Instagram for her first-ever live session on the platform and was asked for her thoughts on Spears.

“Of course, I support FreeBritney. I love Britney,” she gushed during the 40-minute livestream. “I absolutely adore her.”

Adele also thrilled fans by sharing a snippet of her upcoming single “Easy On Me”, which is out on Friday, October 15.

After playing a few bars of the new track, she said, “That’s it. That’s all I’m going to play,” before worrying she’d be in trouble with her team for the unplanned reveal.

“Oh, me phone’s already buzzing, I’m gonna get in trouble,” she laughed.

During the live stream, the 33-year-old songstress was given a cheeky question by a fan in the comments. The fan asked what her “body count” is.

“Body count” is a slang for a number of people a person has slept with. Looking perplexed by the question, Adele asked back, “What’s my body count? What does that mean?” before choosing to leave it unanswered and moving to the next question.

The Brit previously announced the single’s title and release date on Instagram and Twitter on October 5 but shared only a few instrumental bars as accompaniment, without any of her vocals.