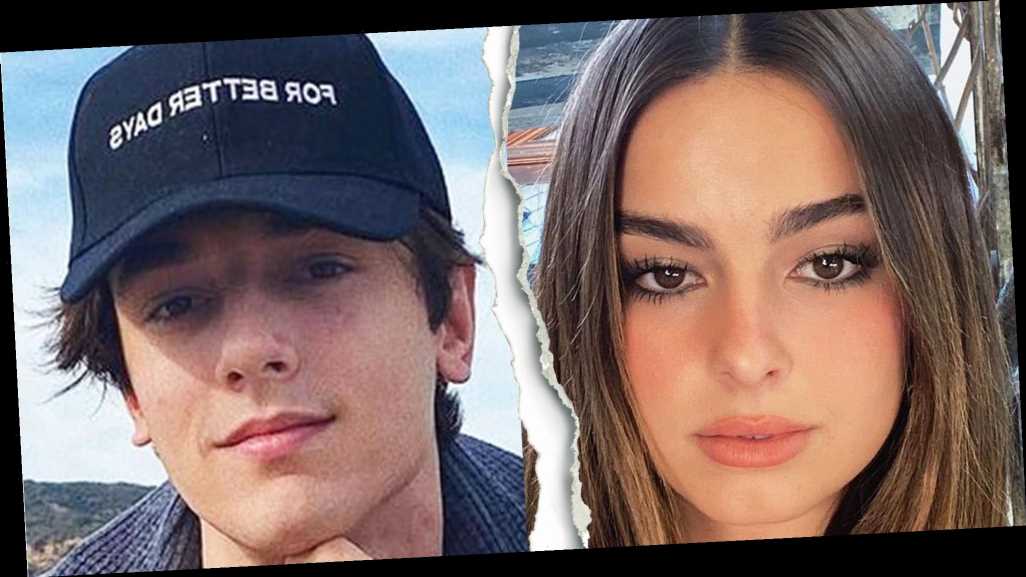 It’s over … again! Addison Rae and Bryce Hall have split following rumors that he cheated on the TikTok star, Us Weekly confirms.

“Addison broke up with Bryce,” a source told Us. “She feels that he has a lot of growing up to do and that he brings too much drama into her life. They’re so on and off though, so don’t be surprised if they get back together at some point.”

The pair went their separate ways after Hall, 21, was accused of cheating on Rae, 20, during a trip to Las Vegas last month.

Rae seemed to confirm the breakup for herself when she spoke to Apple Music’s Zane Lowe on Tuesday, March 23. During the interview, she referred to Hall as her ex-boyfriend.

“So the night recording this… I was driving right before the studio, I had dropped off my ex-boyfriend, my boyfriend at the time,” she said while discussing her debut single, “Obsessed.”

The “Mama Knows Best” podcast host continued, “He looked at me and was like, ‘I’m obsessed with you.’ And I was like, ‘Me too.’”

Hall also appeared to address the split, posting “the petty is real” to his Twitter account after the interview aired.

On February 12, Rae sparked speculation when she wore a “Dump Him” tee made famous by Britney Spears in a series of selfies posted to her Instagram.

During the weekend of February 27, Hall took a trip to Vegas and rumors surfaced he had cheated on the singer while on vacation.

The former Sway House member denied the affair, tweeting on March 1, “I didn’t cheat on Addison.”

This isn’t the first breakup for the TikTok stars, who have been dating on and off since late 2019. In September 2020, Rae told Entertainment Tonight that the romance had ended.

“There were a lot of times we were on, we were off, and it was kind of just, like, a confusing situation,” the dancer said of their relationship. “But right now, we’re just kind of both deciding that, you know, there are a lot of things going on in both of our lives that we really need to focus on and figure out.”

The former pair were back together by November 2020 when they posted a Q&A video on YouTube. Titled “THE TRUTH ABOUT US,” the vlog showed the duo kissing and cuddling while working out and giggling about their relationship.

A Complete Guide to TikTok: The Most Followed, the Feuds and More

“He asked me out October 13,” the Louisiana native said while addressing how many times she and her beau had called it quits. “This is our second time dating … it’ll be very interesting to see how this goes.”

E! was the first to report the couple’s split on Tuesday.