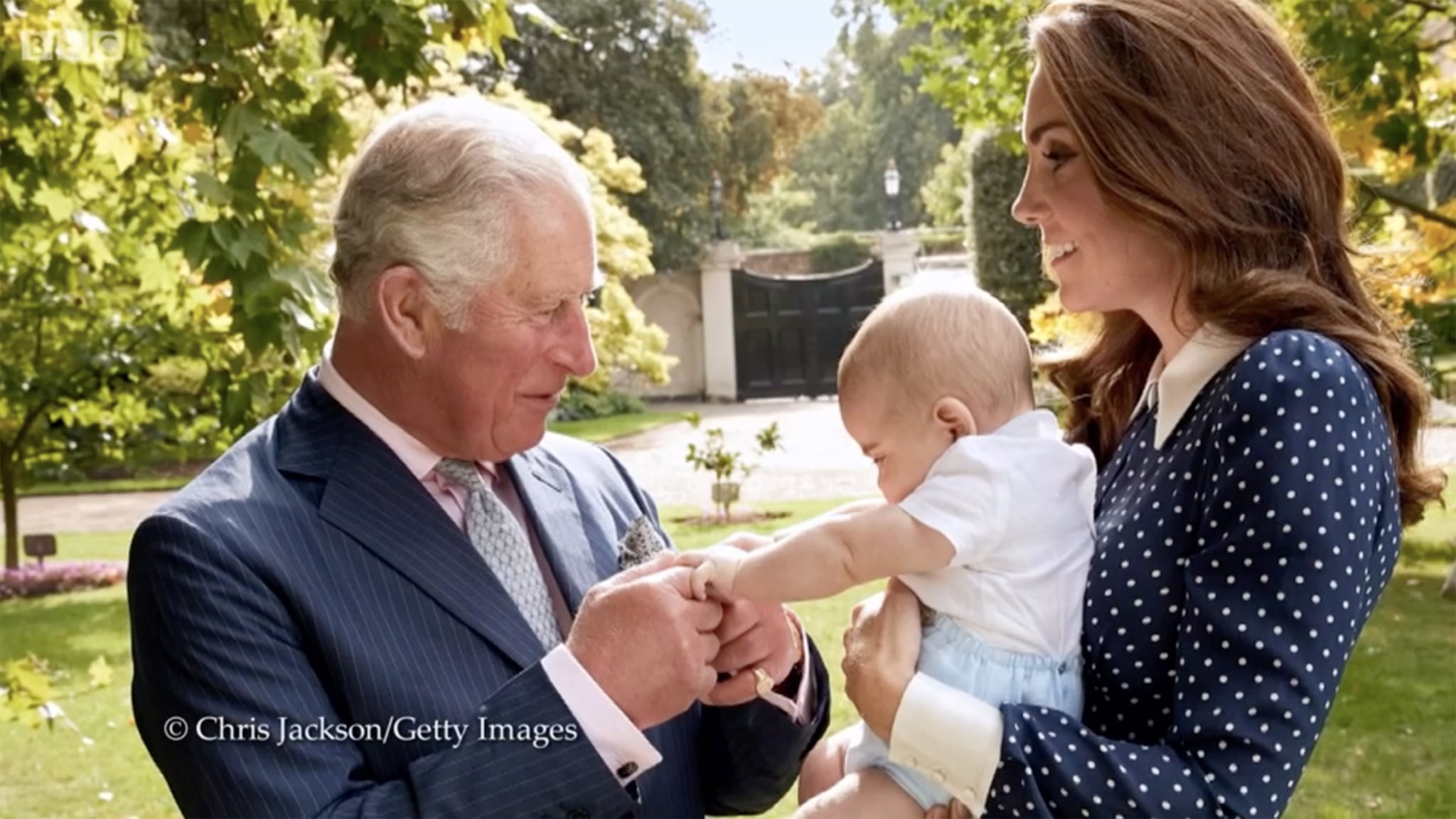 Prince Louis is growing up before our eyes! Nearly four months after his royal christening, a new photo of baby Louis was released in BBC One’s recent documentary Prince, Son and Heir: Charles at 70. In the sweet snap, Louis is shown holding his grandfather’s hands as Kate Middleton carries him. Don’t you just want to squeeze his adorable little cheeks?