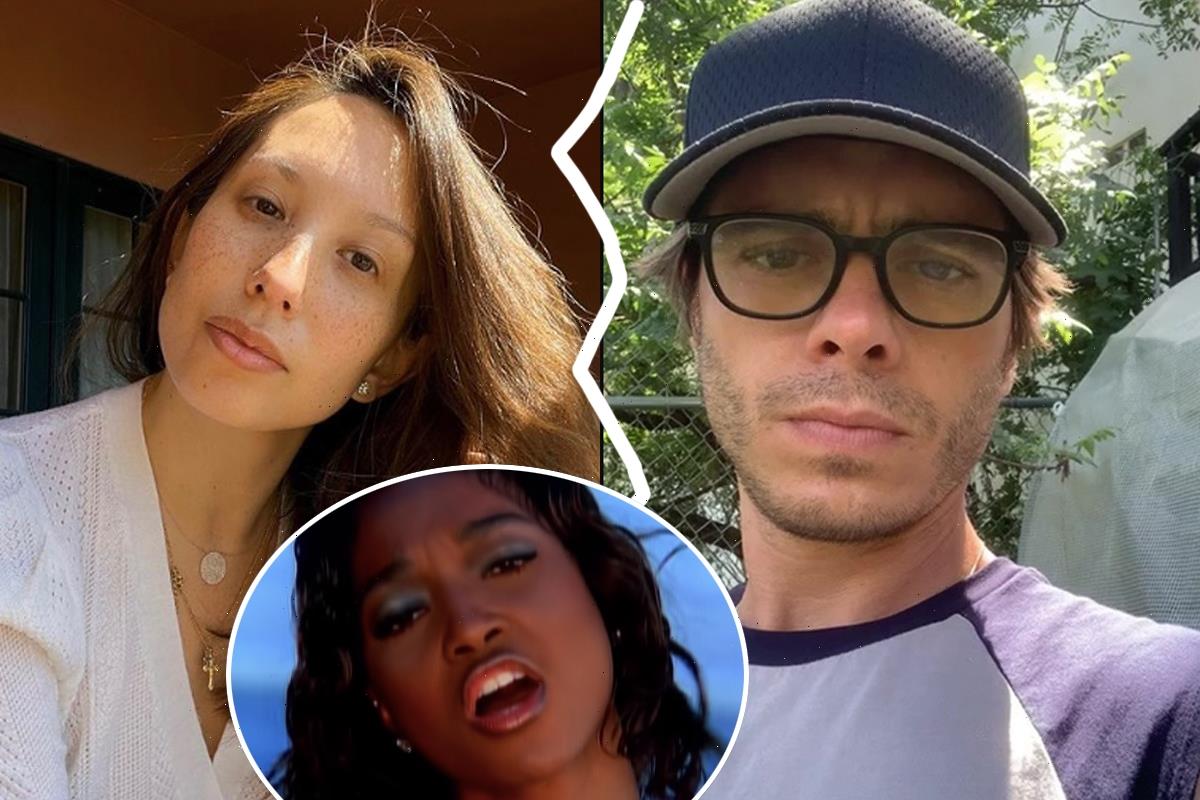 Is Matthew Lawrence taking a dip in the dating pool following his divorce from Cheryl Burke?!

It would appear that’s not the only pool he’s plunging into as he can be seen getting wet ‘n’ wild with none other than Chilli. Yes, Chilli. As in, TLC. We know, right?! Somewhere there is a ’90s kid who shipped this odd coupling for years, and we hope they are doing backflips right now!

The Boy Meets World star was spotted with the singer, whose real name is Rozanda Thomas, in Hawaii on Monday where paps managed to snap some shots of the two spending quality time together. Sources told TMZ, who have the pics HERE, that the duo enjoyed some “intense convos” while relaxing on beach chairs before cooling off in the crystal blue waters.

Sounds nice!! We wonder if they were chasing any Waterfalls, LOLz! For real though, is this a thing?? Are they an item?!?

Well… Maybe not so fast. A rep for the 51-year-old singer clarified that she is NOT dating the Mrs. Doubtfire alum — rather the two are platonic friends just enjoying a beach hangout. The confidant added that Chilli had a TLC show on the island, and Matthew simply came to watch with some buddies.

This all comes in the wake of the 42-year-old’s split from his ex-wife, who decided to call it quits earlier this year. Cheryl and Matt made headlines after rekindling their romance in 2017 — 10 years after they initially dated in 2007 — following his older brother Joey Lawrence’s appearance on season three of the professional dancer’s show, Dancing with the Stars.

The two wed in 2019, but after three years of marriage it just didn’t pan out. Us Weekly broke the news the 38-year-old dancer had filed for divorce from Matthew in February of this year, citing “irreconcilable differences” and naming January 7 as the official date of separation.

Dating, breaking up, back together a decade later only to divorce after 3 years… Talk about a roller coaster romance! It’s sad the two couldn’t make it work on their second go ’round, but we’re happy they’re opting to prioritize themselves. We all remember what Cheryl had to say about orgasms back in June, so maybe she’s just trying to up her standards. Sounds like she’s the one chasing waterfalls, LOLz!

The DWTS alum hopped on Instagram back in February to update fans on the split, explaining:

“I know I have always said I’m an open book with you guys, I do strive to be, and in writing this I’ve realized there really isn’t an easy way to announce that my marriage is ending. I hope you can understand that I will not be commenting any further at this time and am asking for understanding and privacy. Thank you all for all the kind words and support you’ve given me.”

Not too long after, a source told Us Weekly that the split “was not about kids,” but rather that “Cheryl’s taking this time to focus on next steps and focus on her mental health.”

Matthew had previously told the site in 2020 that their relationship success was due to “constant communication.” As of now, he still follows his ex-wife on IG, while she has seemingly severed all ties from him, including her follow. Ouch.

We hope the two find their happiness! What do you think of everything, Perezcious readers? Let us know in the comments (below)!