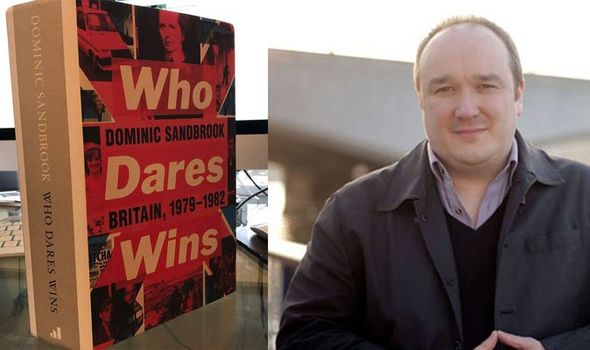 It’s an enjoyable romp through my teenage years although I found myself promoted to the middles classes by virtue of the fact my Dad bought us a video recorder in May 1982 even though we lived on a council estate. The book begins with an episode of Fawlty Towers to demonstrate the poor standards to which Britain had fallen. We have come on so far despite the enemy within trying to run down the country.

We have a long look at Mrs Thatcher as she entered Downing Street on May 4, 1979.

What kind of woman was she?

This emphasises her difference from every other politician in the land.

She does stand out throughout the book – a towering figure, loved and hated in equal measure.

Four out of 10 Tories believed that Jim Callaghan would be the better Prime Minister despite his handling of the Winter of Discontent.

In a month his personal popularity over her increased from 7 percent to 20 percent. 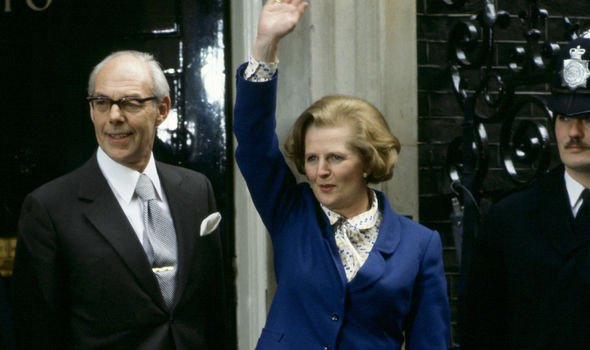 The Left – then as now – believed they occupied the moral high ground and when the Methodist later Anglican Mrs Thatcher came along they were up against someone who spoke of virtue and vice, salvation and responsibility.

Sandbrook says one of the reasons the Left hated Mrs Thatcher was because she identified them as “the agents of wickedness”.

The month before she was elected she told the News of the World that her politics were based on views shared by her and millions – work hard, get a fair day’s pay, live within your means, save and respect the police.

Her critics sneered at her – as they still do – but her beliefs resonated with much of the population, as shown by her three General Election victories.

Sometimes it was not just her critics.

In February 1975, Michael Cummings, a cartoonist of this parish, drew her as “St Joan Margaret de Finchley, Saviour of the Middle Classes, Scourge of the Lower Orders and the Left”.

Not very prescient as it was working-class Tories who pushed her to power and were rewarded with the right-to-buy scheme to purchase their council houses.

Sandbrook reveals it was Mrs Thatcher who used the terms “ordinary people” or “ordinary working people” pushing them into the public lexicon.

If Theresa May said we would leave the EU on March 29, 2019, 108 times, Mrs Thatcher said publicly “ordinary people” or “ordinary working people” 175 times during her time as Tory leader.

One mention puzzles me.

Sandbrook writes “Mrs Thatcher was not, of course, the first party leader to argue that Britain was going backwards. But none of her predecessors, with the possible exception of Joseph Chamberlain, had been so passionate or so apocalyptic.”

How was Joseph Chamberlain one “of her predecessors”?

He was a Liberal but never party leader and never PM.

Does Sandbrook mean Austen Chamberlain who was briefly leader of the Conservatives or is he misusing the word predecessor?

Clothes were in the news in the late 70s when what women could and could not wear was a subject that caused public discourse.

A headmaster banned “lady members of staff” from wearing trousers but eventually backed down.

And two more years on, a lady memorialist at Golders Green Crematorium was sacked for wearing trousers.

She took her employer to an industrial tribunal and lost.

Mrs Thatcher weighed in on her sartorial choices.

She only wore trousers “if I have to go and inspect a submarine or something”.

Did she influence Jacob Rees-Mogg in this too? 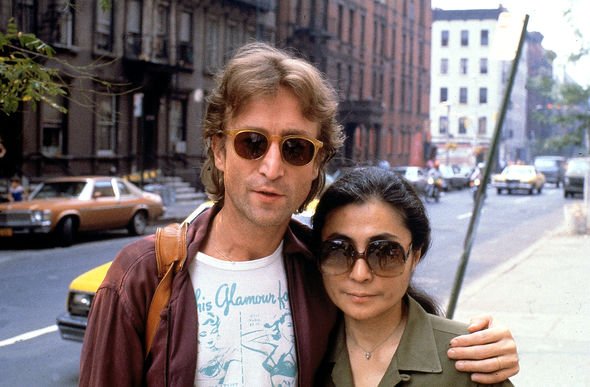 We think of public mourning only starting when Diana, Princess of Wales died but when John Lennon was murdered in 1980 Radio 1 played Beatles songs all day.

People gathered outside the Cavern Club on Mathew Street in Liverpool and when the council organised a vigil 20,000 including the Archbishop of Canterbury stood in silence for 10 minutes.

Several dozen people had to be treated for fainting and hysteria.

As in 1997, some took umbrage at the public mourning. Frederick Jackson wrote to this paper pointing out that Lennon had “insulted the Queen by returning the MBE” and “been charged with the illegal use of drugs”.

Covering fashion, pop, TV, films and politics, the book ends with the victory over the Argentinians in the Falkland Islands.

I recommend the book.

It’s a great read and brings back many memories.