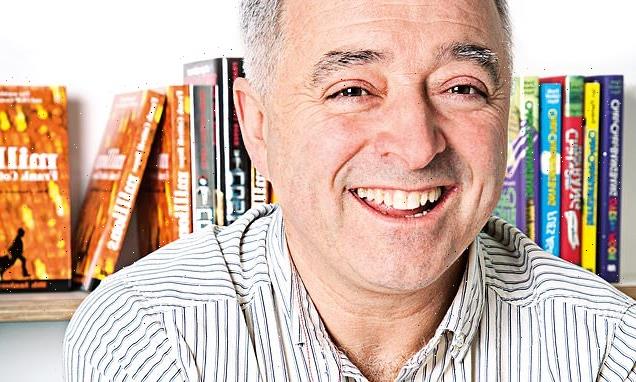 WHAT BOOK would novelist and screenwriter Frank Cottrell Boyce take to a desert island?

William Blake vs The World by John Higgs. A while ago I decided to read anything Higgs writes. He seems to be able to take any subject — pop music, Watling Street, conspiracy theories, robotics — and poke at it until it yields up its secrets.

The simplicity of some of Blake’s poems hides profound complexity and in some of the longer poems that complexity explodes into stark staring craziness.

The shrapnel of that explosion has lodged in our culture — influencing everyone from imperialists to hippies. Higgs’s book is sometimes wayward and you won’t agree with all he says, but it’s great to spend time in the company of such a big, excitable and nimble brain. And to think about how exactly we might build Jerusalem. 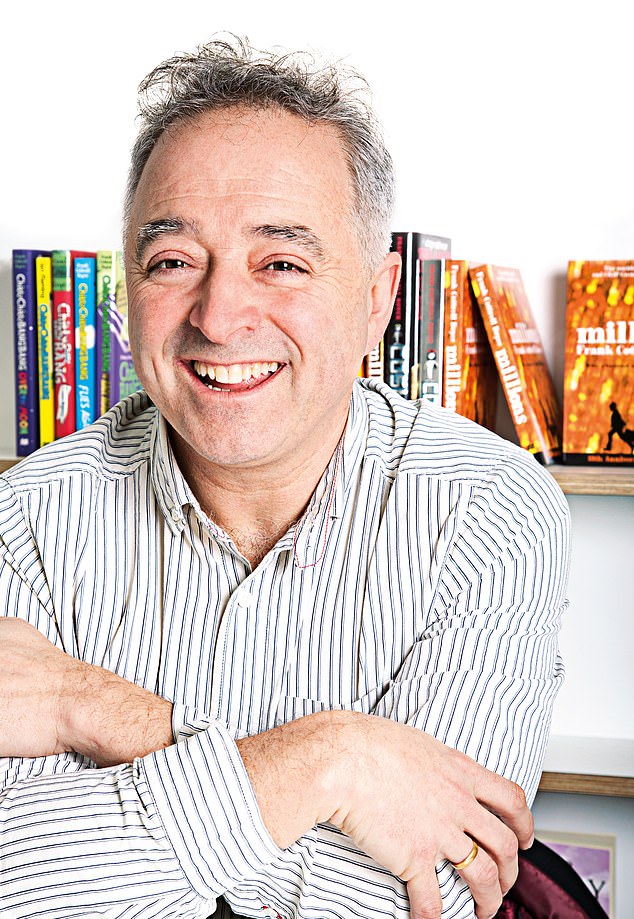 Frank Cottrell Boyce (pictured) would take H. G. Wells’s The History Of Mr Polly and The Wheels Of Chance to a desert island

During these last months of lockdown and restriction, we have all had to create our own little islands. My own desert island was my parents’ house. I spent time there because they were both ill, and sadly both died a few months ago.

There were a lot of old Everyman Classics that Dad read when he was a teenager studying at night school after work. Two of them — well-thumbed copies of H. G. Wells’s The History Of Mr Polly and The Wheels Of Chance — were like the buried treasure you might hope to find on a desert island.

They’re about young men with huge aspirations and limited opportunities and I could feel exactly how much they became part of Dad. I also found a much more recent book — The Habit Of Being: Letters Of Flannery O’Connor. Like all good companions, she knows how to be alone.

During my time on the island of my parents’ house I found my old I-Spy books — all filled in. These were little guide books — to the birds, hedgerows, cars and even ‘people’ — that were published by the Daily Mail.

You got points for spotting rare and unusual things. They’re now a kind of catalogue of a lost Britain — but at the time they encouraged me to notice things, which is surely the key to building up resources of happiness. So I’ll always be grateful to their author — a retired head teacher named Charles Warrell, whose pseudonym was Big Chief I-Spy and whose address was Wigwam-by-the-Water, London EC4.

The Road, by Cormac McCarthy. He’s a great writer but this book — like Lord Of The Flies, by William Golding — is based on the adolescent notion that if things go wrong we’ll all end up eating each other.

This past year has surely proved that the opposite is true. Neighbour reached out to neighbour and asked if they wanted some shopping. Toilet-roll bandits were the exception. Life is not a game of Fortnite.

Frank Cottrell Boyce, author of Noah’s Gold, will be talking at the Reading Teachers = Reading Pupils conference at Cheltenham Literature Festival (October 8 to 17).