PARIS WITHOUT HER
A Memoir
By Gregory Curtis

Following the death of my wife, Aura, who was fatally injured while bodysurfing in Mexico, I received a signed copy of a grief memoir along with a personal note from its famous author, who advised, “Read lots of poetry.” Since then, I’ve passed that advice on, sometimes with a copy of the grief book I wrote. Early on, only poetry could give concrete expression to my lost love’s not-thereness, and to raw grief. But that author and I both turned our struggles into prose.

“The bereaved cannot communicate with the unbereaved,” is an oft-quoted sentence by Iris Murdoch, expressed by a character in “An Accidental Man,” who in the next sentence reflects, “Only one is not bereaved for long.”

Prose often focuses on whatever it might take to emerge from bereavement, however long endured. In Gregory Curtis’s memoir “Paris Without Her,” inspired by the death of his wife of many years, Tracy, he describes “drowning in waves of grief.” But on the same page he declares, “I wanted to use memories of all our good times to try to reconcile our past together with my future alone.” Memoirs of grief typically narrate a struggle to recover a sense of life’s meaning, through understanding, or will, or memory, especially of love.

Curtis first sets eyes on Tracy on “a sunny spring day in 1974 at the shabby offices of Texas Monthly, then just one year old.” She was “elegantly dressed and radiantly beautiful, as she would be all her life,” and he “felt a charged current electrify my brain, and that intense, electric moment would give her power over me forever.” 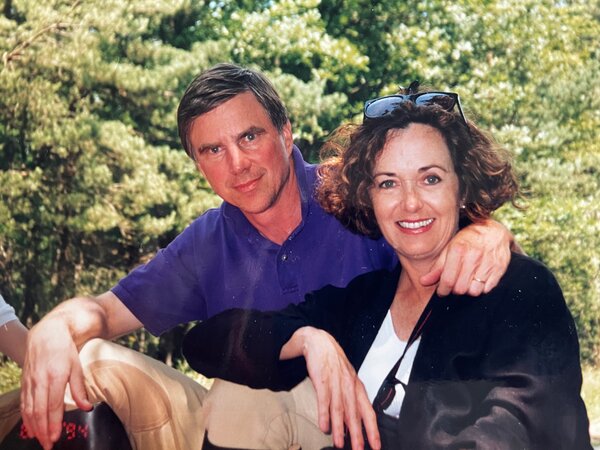 Curtis was the editor of Texas Monthly, and later an author and a professor, but clearly his marriage and love for Tracy lay near the heart of his being. She seems a wonderful woman and mother, with a generous talent for life and beauty, who came late to a career as an interior decorator. In the book’s opening chapter, Curtis sketches their life in Austin, and the several trips to Paris that meant so much to them, before writing about Tracy’s excruciating death from cancer in 2011. There’s an obscene absurdity in epistemologically passing, one instant to the next, from husband to widower, a man feeling in all his being still married, but now wedded to death. Widowed at 66, Curtis sits in his apartment every night learning magic tricks by watching DVDs. As a replacement for a happy conjugal life, it seems that will have to do.

The next chapter jumps to 2019 and Paris, which as a widower he’s been regularly returning to. Curtis doesn’t offer much sustained focus on Tracy, as if inhibited by a sense of privacy, but he’s committed to the idea that Paris represented their happiest selves: not a rejection of their “town-and-gown” lives in Austin, but one of alternative identities, even somewhat risqué, in a setting of aesthetic beauty and adventure, imbued with that city’s time-honored romance. Tracy yearns to be “filled by Paris.” This Paris is inevitably touristy and familiar, but Curtis’s descriptions are informative and closely observed, with cascades of precise detail.

It’s also an exclusively white Paris. Curtis describes the banlieues, where many immigrants live north of Paris, as “wretched,” and it’s left at that. I found it at times off-putting to be reading a book that portrays contemporary Paris, so dynamically and complexly multiracial and multiethnic, in that whitewashed way.

“Real grief,” however, that “horrible, ghastly panic,” returns at the start of the book’s second half. Curtis’s struggle to overcome provides a new, urgent momentum. Studies have found that widows and widowers from happy relationships face more severe mental and health problems than those from unhappy ones, and that for older, widowed men, one risk of persistent grief is increased mortality. ;

So when Curtis brings his private mourning rites and memories to Paris to mix them with newfound commitments and hopes, it’s a matter of life and death. He enrolls in a six-month intensive French course at the Sorbonne. His extremely long walks have an element of magical thinking, as if pounding this pavement as centuries of poetic flâneurs did before him might break down the iron doors of isolating grief and let in a new future. He has a doomed love affair with a middle-aged Parisian art teacher, vividly evoked in passion and spite, that at least allows him a sense of possibility. And he does discover and collect his own out-of-the-way marvels and curiosities, described in entrancing prose for readers who by then may be cheering on this lonesome, wounded, somewhat awkward knight of love and grief.