Time really IS money – yours for $2.4million, the world’s most expensive watch

Ruth Belville had the most incredible job — she sold the time. Literally.

Three days a week, the ‘Clock Woman of London’ would travel to Greenwich, synchronise her watch with the time given by the Royal Observatory, then visit businesses all over London so that they could ensure their own timepieces were still accurate.

The trade had been started by her father in the 19th century, and Ruth retired in 1940, aged 85, only because World War II made the capital’s streets too dangerous.

The notion of making a living in this manner seems amazing today, when every smartphone and computer gives us the correct time for free. 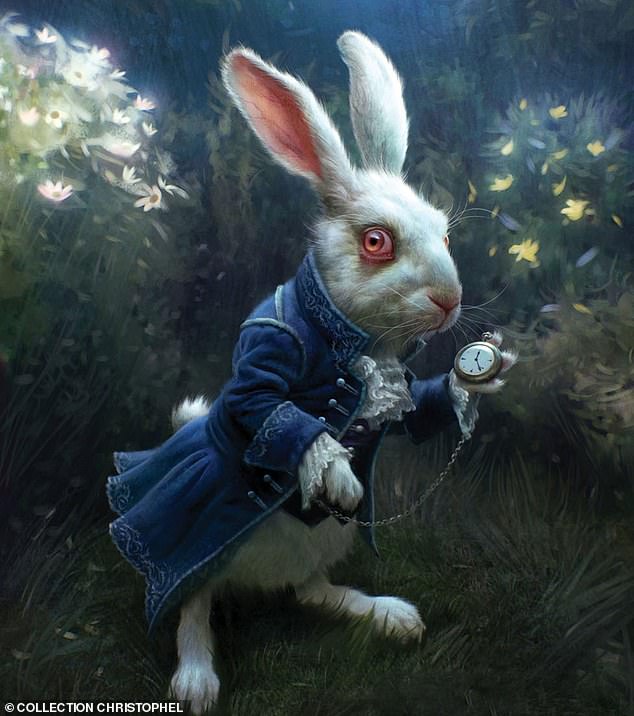 But, as Nicholas Foulkes’ excellent book shows, our fascination with time has been producing remarkable stories for thousands of years.

The Ishango Bone, for instance. This baboon fibula was discovered in Africa in 1960 and is believed to be more than 20,000 years old. Scratched into it are marks of varying thicknesses, which, according to one theory, are an early record of the Moon’s phases.

By 1400 BC, the Egyptians had fashioned the clepsydra, meaning ‘water thief’, a pot with a hole at the bottom allowing water to leak out. By reading the level of liquid that remained, you could tell the time.

The clepsydra was an improvement on the sundial — because it could be used at night. Aristotle tells us that it was also employed to impose a time limit on speeches in court.

The Romans made their own timely contributions, not least naming July and August after Julius Caesar and Augustus, the two emperors who had reorganised the calendar.

In the 5th century AD, the Great Clock of Gaza became the first mechanism to chime the hours. It did so by making a small model of Hercules bring his club down on a bronze lion pelt.

Clever visuals have always been popular. In the 14th century, Strasbourg’s cathedral boasted the Three Kings Clock, which depicted the rulers handing over their gold, frankincense and myrrh to the infant Jesus.

Its hours were crowed by a cockerel, to symbolise Christ being denied by his apostle Peter.

In 1786, a watchmaker called Rousseau installed a sundial in the gardens of Paris’s Palais-Royal.

It had a magnifying lens positioned to concentrate the sun’s rays at midday with such force that they ignited the gunpowder in a miniature cannon. People would gather to watch it.

They also gathered for less innocent entertainments, leading to a verse about the gardens that ended: ‘If your morals go wrong there, at least you can set your watch right.’

But the most impressive display came from a timepiece owned by Rudolf II, leader of the Holy Roman Empire during the 16th century.

It was a model ship, its main mast standing 3ft tall, which entertained Rudolf’s dinner guests by ‘sailing’ along the table before the meal.

A clock face on its main deck gave the time, while seven model princes of the Empire took turns to bow down in front of a model Rudolf. 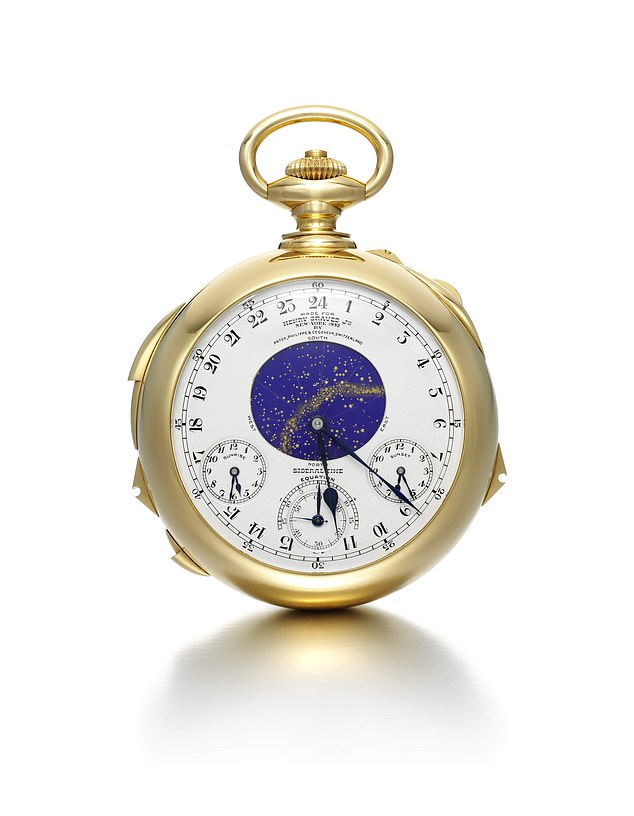 The pocket watch was finished in 1932 and took a staggering five years to construct. Pictured: The Henry Graves pocketwatch

Music was played by a mini pipe organ and, to strike the hours, mini sailors at the top of the masts would lean over and hit the sides of their metal crow’s nests.

If a craftsman made that ship today, I would find it staggering. For someone to do it 400 years ago verges on the unbelievable.

‘A timepiece,’ writes Foulkes, ‘is often an object in which science and art meet.’

This is one reason why people have been willing to pay eye-watering amounts of money for them.

The Duke of Wellington paid Abraham-Louis Breguet — widely regarded as the most influential watchmaker ever — 300 guineas for one of his watches. This was 30 times the annual salary of a cavalryman.

But even that looks cheap compared with the Patek Philippe Supercomplication — the most expensive watch ever sold.

It was made to order for Henry Graves Jr, a rich American who was such a stickler for style that he wore a suit and tie while canoeing.

The pocket watch was finished in 1932, having taken five years to construct. It weighs more than a pound and can perform two dozen functions, apart from simply telling you the time.

Want to know which stars are showing in the sky over New York? The Graves (as it’s now known) will do that for you.

But you’ll have to buy it off the current owner, who snaffled it at auction in 2014 for a tidy $24 million. 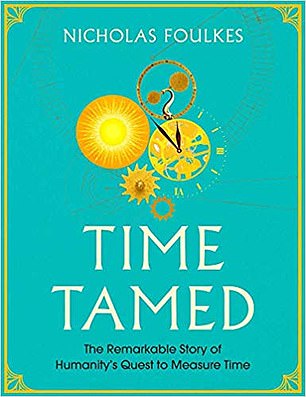 Why do people still value watches and clocks so highly when your iPhone is more accurate than even the priciest Rolex? Sure, a love of elegance and engineering explains some of it. But, deep down, I think it’s because the very notion of time is so ingrained in us.

From the moment we’re born, the seconds are ticking away. You’ll only get so many of them in your life, and there’s nothing you can do to slow them down.

Do timepieces help us feel a bit more in control? Foulkes certainly thinks so.

Clocks, he says, became status symbols because ‘they bolstered the illusion that man had domesticated the terrible predator time’.

In the chapter about the Antikythera Mechanism, an ancient Greek device that portrayed astronomical movements, he writes that ‘recreating the journeys of the planet and stars through the celestial vault brought man a step further away from the beasts and a step closer to the divine’.

The book is beautifully illustrated. I spent ages gazing at the photograph of the Jaeger-LeCoultre Reverso, as well as the opposite page, which shows the watch’s technical drawings.

The Reverso, we learn, was invented for polo players, who were tired of mallets and hooves smashing the glass of their conventional watches.

The Reverso uses a rather nifty bit of engineering to let you turn the watch over without taking it off, thereby protecting the face.

All in all, this is a captivating look at a subject that has intrigued mankind since . . . well, since time began.