THE BEST OF ME
By David Sedaris

I began reading “The Best of Me,” David Sedaris’s new collection, on an airplane over the Atlantic. I was covered in prophylactic measures and heavily dosed on sleeping pills, which might explain the curious notes I have since discovered in the margins. “I had a brother-in-law named The Rooster” is one poignant example, but what is one to make of the terrifying scribble, “AH FEAR!,” I ask you? Or, most mysterious of all: “348263947” — either a stranger’s passport number or the combination to a bank vault. Was I planning a false identity? A heist? Perhaps we shall never know, so let us rely instead upon my final note, which reads: “This is the best thing Sedaris has ever written.”

In the non-narcotic light of day, I stand by it. Strange, since “The Best of Me” is a collection of writing. Ordinary readers (and I am the most ordinary of readers) will be expecting a flamboyance of favorites, from his leap to NPR stardom with “Santaland Diaries” and his quarter-century rock-star journey from 1994’s “Barrel Fever” to 2018’s “Calypso.” Ordinary readers, however, will be wrong. This is not some Sedarian immaculate collection; instead, as he himself writes in the introduction, the pieces “are the sort I hoped to produce back when I first started writing, at the age of 20.” They are what he hoped he would be. They are the best of him. Has Sedaris included “Santaland Diaries”? He has not. Has Sedaris included “The Motherless Bear,” a work of fiction that elicited a great deal of hate mail, including entreaties to donate to bear-rescue organizations? He has. Is Amy here? Yep. His mom? His dad? The Rooster who becomes The Juicester? Bien sur. In fact, this book is all about his family and … all right, I’ll say it: love.

No point planning a heist; Sedaris has opened the vault himself. The genius of “The Best of Me” is that it reveals the growth of a writer, a sense of how his outlook has changed and where he finds humor. In his early fiction — the hilariously petty tyrants of “Glen’s Homophobia Newsletter Vol. 3, No. 2” and “Front Row Center With Thaddeus Bristol” — Sedaris finds it in cruelty: “In the role of Mary,” Thaddeus remarks in his review of Sacred Heart Elementary’s Christmas pageant, “6-year-old Shannon Burke just barely manages to pass herself off as a virgin.” That cruelty continues in Sedaris’s pseudo-autobiographical work, but the monster we are seeing through is “David Sedaris.” In “The Incomplete Quad,” he imagines his family envying his life: “Me, the winner.” Paragraph break, next paragraph: “I was cooking spaghetti and ketchup in my electric skillet one night. …” It is a delicious pleasure to understand an obliviousness that Sedaris (supposedly) does not. “There weren’t many people I truly hated back then,” he tells us about his prepubescent self in “Memory Laps,” “30, maybe 45 at most.” The subject, in many of the pieces Sedaris has selected, is the judgment and pain we inflict on one another, and by “we” Sedaris does not mean people in general. He means him. And he means you. And he means me. 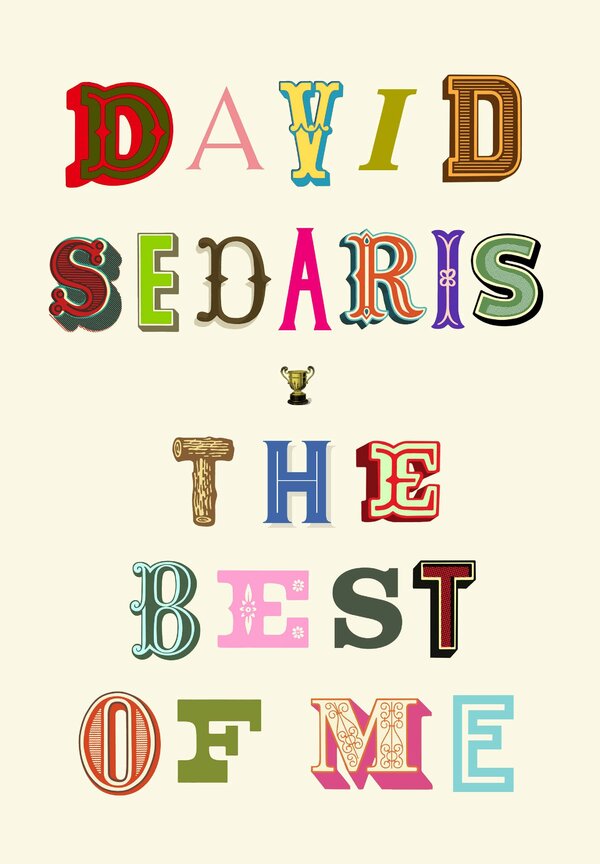 Then, after the wicked glee of finding humor in pain (and I recommend reading the first volume of Sedaris’s diaries, “Theft by Finding,” to see how true this is to his nature), we arrive at a series of grace notes. The dangers of taking chances for gay men in a previous era, and the loves thereby lost, are movingly described in “A Guy Walks Into a Bar Car,” and for those obsessed with the character of Hugh, there is much of him as well, appearing almost in reverse: as a front-seat passenger in “Possession” and a dubious boyfriend in “Dentists Without Borders,” until at last, 300 pages in, he and David are introduced. But it is the Sedaris family that carries the book: from childhood — when David persuades the toddler Tiffany to lie down in front of cars to cause grief to their mother, who has locked them out in the snow for being insufferable — to adulthood, cackling over bestiality magazines with Amy — to growing old, with its concomitant sorrows and, most surprising of all, happiness. “Happiness is harder to put into words,” Sedaris writes in “Leviathan,” one of the final essays. “It’s also harder to source, much more mysterious than anger or sorrow.” It is miraculous to read these pieces placed close together, the earliest written without any knowledge of where things would lead, the last guffawing at the ridiculousness of where they did. “Look how our lives turned out!” he imagines himself and his sisters thinking as they shop for absurd clothing in “The Perfect Fit.” “What a surprise!”

Not everything turns out OK. If you have not read all of Sedaris, then I will not spoil the grief, or the joy, of his family’s arc. And if you have read all of Sedaris, well, then you have probably spent the intervening years entering the cartoon contests in the back of The New Yorker and baking prune challahs and pickling your children in adoration and rage and have therefore forgotten everything. Time to start again. You must read “The Best of Me.” It will be a new experience, knowing that enough time has passed to find humor in the hardest parts of life. More than ever — we’re allowed to laugh.