We’re all going on a summer holiday! Charming new book presents a series of heartwarming snaps to celebrate the history of traditional seaside trips in Britain

SEASIDE 100: A HISTORY OF THE BRITISH SEASIDE IN 100 OBJECTS

The seaside has always brought out the frivolity in us buttoned-up Brits, as every page of Kathryn Ferry’s charming pictorial history of seaside objects reminds us.

At home, we might have been an austere nation of overcooked cabbage and brown dining rooms but, by the sea, since the mid-19th century when the craze for seaside holidays took off, we’ve allowed our tastes to run wild and mad.

A light-hearted, stripey-deck-chaired spin-off of the ‘history of the world in 100 objects’ genre invented by Neil MacGregor, this book is a celebration of the slightly crazy, pleasure-seeking side of the British character. Whether it’s a pier, a stick of rock, a bucket and spade, an ice cream, a flower bed or a bandstand, the seaside instinct is to make it as colourful and over-the-top as possible. 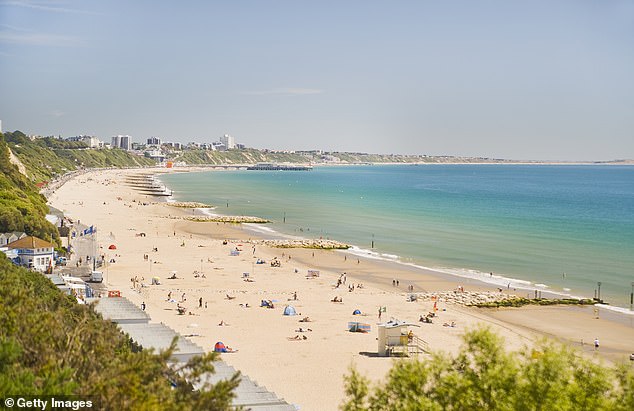 For any of us who have been deprived of seaside fun during these weeks of lockdown, this book is the next best thing to dipping your toes into the sea on a sunny day at Bridlington. Each page brings yet another example of a delightfully unnecessary seaside indulgence with a few paragraphs about the item’s history.

The seaside seems to have the disinhibiting effect of making us willing to have a go at things we wouldn’t try at home. For example, on a typical summer’s day in 1895 on the foreshore at Blackpool, there were 36 photographers, 24 ventriloquists and phrenologists, six quack doctors, six musicians and five conjurors.

And thanks to the charabanc boom — on a single day in 1920, 10,000 people took charabancs from Manchester to the seaside — those seaside entertainers did a roaring trade.

Everyone flocked to watch the daredevil ‘pier divers’, who were known (for some reason) as ‘Professor’. ‘Professor’ Albert Edward Powsey covered himself in sacking, set himself alight and dived 80ft into the sea at Southport. 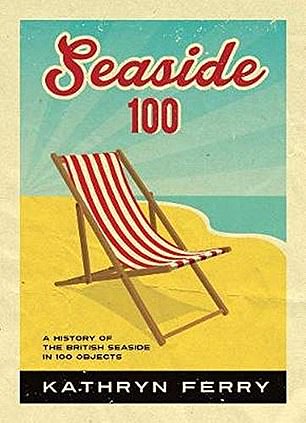 Among the evocative photographs, one of my favourites, taken by a typical 1930s promenade photographer, is of a family of middle-aged ladies and gents on a day’s outing, all linking hands and smiling. There’s also a fascinating photograph of the inside of a Butlin’s chalet in the 1930s — the mother tying a ribbon onto her toddler’s hair while her older daughter washes her hands in the cold water-only basin.

The urge towards curly, over-the-top architecture, palm trees, flower beds that look like carpets, ornate aquariums, and ridiculously grand names for hotels (The Palace, The Grand, The Imperial, The Metropole) seems to stem from a British desire to make us forget we’re in a wind-blown northern island and instead imagine we’re in a Mediterranean resort.

Torquay specifically promoted its palm trees to symbolise its status as ‘Queen of the English Riviera’. Its visitors, thirsty for fun and sunshine, believed it.