HOW THE OTHER HALF LEARNS
Equality, Excellence, and the Battle Over School Choice
By Robert Pondiscio

Every fall, astonishing news emerges from Success Academy, the largest and most controversial charter school network in New York City. With considerable fanfare, the network announces that its predominantly low-income and minority students have once again defied their demographics, earning consistently impressive scores on the state’s standardized tests. Not only do they dramatically outperform children across the city, erasing the achievement gap between white and black, rich and poor, they even beat the privileged kids in suburban Scarsdale and Chappaqua.

Divining the secret to Success’ success has been an obsession for years in media and education circles. That is partly because its founder and leader is the former New York City Council member Eva Moskowitz, whose hardball politics and support of punitive consequences for noncompliant students and parents have stirred public backlash. In 2016, the New York Times reporter Kate Taylor posted a hidden-camera recording of a Success teacher ripping up a first grader’s incorrect math work, then ordering her off the classroom rug. (The teacher was briefly suspended.)

Robert Pondiscio, a former public-school teacher in the South Bronx who became an education writer, won Moskowitz’s permission to embed himself for a year inside one of her more than 40 schools to discover once and for all how Success does what it does. A senior fellow at the Thomas B. Fordham Institute, Pondiscio is allied with the education reform and charter movements, but not hesitant to criticize them. In a recent interview published online, he reprised his pitch to Moskowitz: “Right now, somebody in this town is offering Kate Taylor a book contract to write about Success Academy. Do you want to read her book, or do you want to read my book?”

Pondiscio’s “How the Other Half Learns: Equality, Excellence, and the Battle Over School Choice” may not be the book Moskowitz wants to read after all. At Bronx 1, the elementary school he follows in the impoverished South Bronx, we meet parents who embrace stern discipline and sky-high expectations in service of pressing their children to achieve and others who find the approach harassing. We see a kindergarten teacher bring a little boy to tears by telling him he must skip a favorite activity — blocks — because he was daydreaming and his “book review doesn’t make sense.” We later see the same teacher break down crying as she describes why she felt she had to do that. “Because why would I let him fail when other kids are surpassing it and they’ll go to first grade?” she asks. “You would not want me as your child’s classroom teacher.”

Pondiscio set out to focus on what actually happens in classrooms day after day, expecting to find Success’ secrets there. Yet we see little of the curriculum or actual lessons being taught in Bronx 1, certainly not enough to understand why Success students ace tests that many others don’t. He tells us, in fact, that language arts lessons at Success “do not seem appreciably different from what countless other schools serving low-income children offer.” He does emphasize the value of daily classes in science, art, music, dance and chess — all rarely offered together in a typical New York City public school. And he takes us inside Success’ famously withering test-prep sessions, which overtake its schools for months leading up to state exams — an obvious key to its test scores.

But the biggest revelation of Pondiscio’s research comes not from inside classrooms at all. While he does not believe Success cherry-picks students for high performance, as critics often charge, he demonstrates convincingly that what the network does cherry-pick is parents, to strategic effect. Decades of research have shown that engaged parents and a stable family are far more important than schools and teachers to a child’s academic achievement. Children in such families, regardless of income, already have won what Pondiscio calls the “parent lottery,” well before winning the lottery for admission to Success.

This conclusion has subversive implications for the charter school movement. Moskowitz and many other charter leaders insist there is no distinction between their students and those in impoverished neighborhood public schools. That is, their students endure equal amounts of extreme poverty, exposure to violence, trauma and instability; if they perform better, it is owing to the schools. “This story is deeply satisfying to charter school advocates and anyone who wishes to believe that the best schools can overcome much of what takes place outside their walls,” Pondiscio writes. “It is also misleading or even false.”

Simply applying to a charter school instead of enrolling a child in a deeply troubled neighborhood school is a sign of parent engagement, he explains. But Success, he writes, requires engagement on steroids. Parents must have considerable time and resources, plus an overriding commitment to their children’s schooling, to meet the network’s unrelenting demands. The schools provide no busing or after-school care. 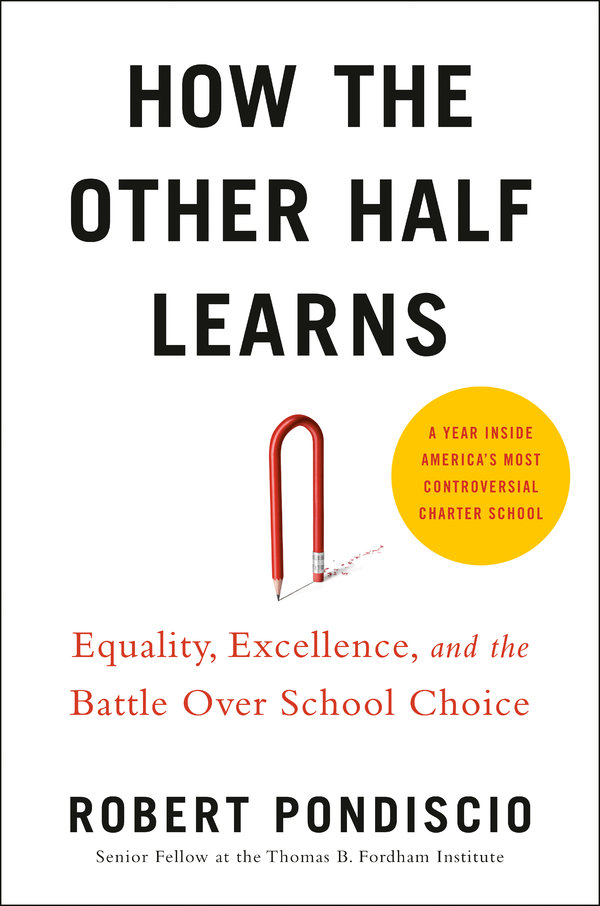 “There is something undeniably exclusionary about it,” Pondiscio writes. “If you don’t have the resources to get your child to school by 7:30 and pick her up at 3:45 — at 12:30 on Wednesdays — Success Academy is not for you. Literally.”

Parents must sign contracts agreeing to read aloud six books to their children every week through second grade and monitor and log their children’s independent reading and homework through high school. Teachers grade these “parent deliverables,” reviewing the data with parents — “exchanges that can become adversarial, even confrontational,” Pondiscio writes. The demands are greatest for parents of children with special needs. Pondiscio reports teachers and principals pressuring them to withdraw children who have behavior problems. The immigrant parents of one second grader tell Pondiscio they relented after Success reported them to child welfare authorities for alleged child neglect.

Throughout his year as an embed, Pondiscio finds that two-income parents “appear to be overrepresented” at Success, and many grew up attending religious schools and want something similar for their children. Such families have double the “bandwidth” of single parents to deal with Success’ demands.

Where does that leave the many other children of the South Bronx, whose public schools are the lowest performers in New York’s five boroughs — with 26 percent of third graders and only 15 percent of sixth graders reading at grade level?

Pondiscio shows us precisely where it leaves them. On opening day at Bronx 1 in 2017, a kindergartner named King’Anthony is stopped at the door. His name was picked in the Success lottery, but his mother subsequently violated the parental rules: She failed to bring him to a required dress rehearsal to meet his teacher and learn classroom routines; nor did she call to explain why. An assistant principal tells the boy’s grandmother his seat was given away.

Pondiscio also meets a boy named Langston who was admitted off the wait list at the last minute — perhaps in King’Anthony’s place. His mother is a public-school teacher and his father is a Manhattan tourist bus driver who says he will take less lucrative routes — sacrificing income — to get his son to Bronx 1.

“Is it unfair?” Pondiscio asks. “Of course it’s unfair. Children shouldn’t be penalized or disadvantaged for the actions or inactions of their parents.”

And yet, he defends Success as an entitlement of determined, low-income parents — just as wealthy and middle-class parents move to the suburbs or pay for private schools for the sake of their children’s education. “If you demand that engaged and committed parents send their children to school with the children of disengaged and uncommitted parents, then you are obligated to explain why this standard applies to low-income black and brown parents — and only to them,” Pondiscio writes.

Some charter school critics dub this argument “the lifeboat theory of education reform,” in that the majority of children are left to sink on the big ship. With this morally disturbing conclusion to his unsparingly honest book, Pondiscio implicates all of us in the unforgivable neglect of children and education in our poorest communities.

Dale Russakoff is the author of “The Prize: Who’s in Charge of America’s Schools?”

HOW THE OTHER HALF LEARNS
Equality, Excellence, and the Battle Over School Choice
By Robert Pondiscio
374 pp. Avery. $27.