Breaking News
Tamron Hall Denies Allegation That She 'Went Rogue' During Interview With Vanderpump Rules' Stassi Schroeder
Julie and the Phantoms: How can ghosts change outfits? Costume secrets revealed
5 BTS 2020 Halloween Costumes To Rock The Most "Dynamite" Look
Joan Smalls Wants You to Use Your Platform to Encourage People to Vote
Skip to content

The eccentric story of Sealand: How a former butcher commandeered a rusty WWII military fort off the coast of Essex and established an independent nation where knighthoods cost £100

Sealand, ‘the true story of the world’s most stubborn micronation’ — a micronation being defined as ‘an invented country within the territory of an established nation, whose boundaries go unrecognised on the world stage’ — is a celebration of British eccentricity.

The hero is Roy Bates, ‘a buccaneer from times of yore,’ who’d fought on both sides in the Spanish Civil War, was blown up by a mine at Monte Cassino, and had worked in Southend as a butcher, chicken farmer, fisherman and importer of Malaysian latex to make wetsuits.

Believing himself to be entrepreneurial, Roy in 1967 found a rusting maritime heap, 27.6 miles off Harwich, Essex, and claimed it as his own. 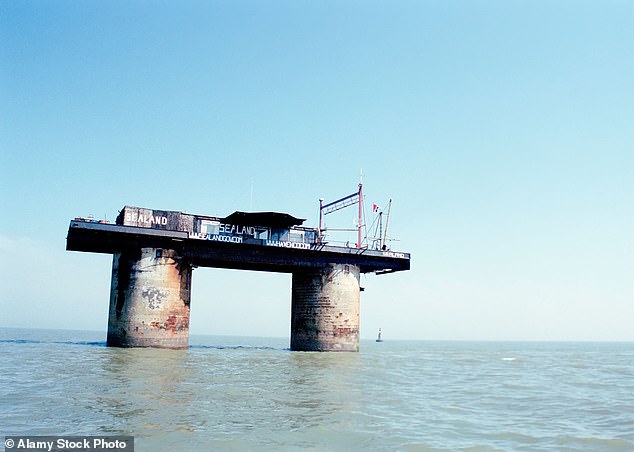 Roy Bates discovered a rusting World War Two fort off the coast of Harwich, Essex, in 1967 and he and his wife Joan declared it independent from the UK

He became Prince Roy and his wife, Princess Joan. Sealand, as they named it, declared itself independent of the United Kingdom, produced coins, stamps and passports, and was represented in the World Egg-Throwing Championships.

The Principality of Sealand was in fact a former Maunsell naval fort, put in place in 1942 at a cost of £40,000 (£2 million today), one of a series stretching from Clacton in Essex to Margate in Kent.

Originally manned by 120 soldiers and fitted with Vickers anti-aircraft guns, the Maunsell forts protected the Thames Estuary from German bombers and were abandoned by the military in 1958.

The one Roy took over, Roughs Tower, was, crucially, outside British territorial waters. Roy didn’t purchase it from anyone, either.

He simply claimed it, clambering up the zig-zag of ladders.

Legal experts and government officials were infuriated by Roy. Concerned he’d allow Sealand to offer tax-free company registration, unlicensed television stations and flags of convenience to rogue importers and exporters, the authorities were always harassing him. 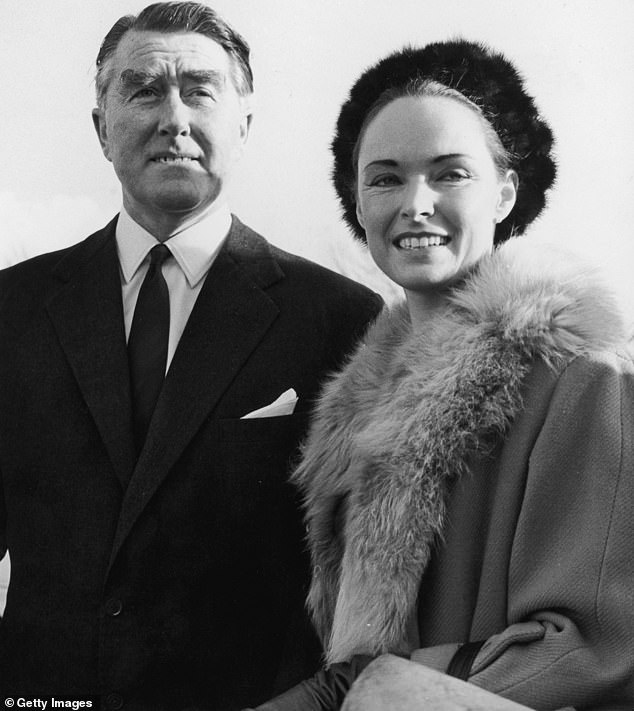 Roy Bates found a rusting WW2 military fort off the coast of Harwich, Essex, in 1967, and claimed it as his own.He became Prince Roy and his wife, Princess Joan. Sealand, as they named it, declared itself independent of the United Kingdom, produced coins, stamps and passports, and was represented in the World Egg-Throwing Championships

If ever he found himself in Essex Magistrates’ Court, for waving guns at passing ships for example, Roy would assert that Britain ‘possesses no jurisdiction’ over what happened in his principality.

He paid his fines with pride.

But life there sounds pretty ghastly. When Roy set up a pirate radio station, the disc jockeys had to ‘clean, peel potatoes and haul fuel’.

The lavatory was ‘a hole in the deck with a toilet seat on top of it’. If a kettle was switched on, the record turntables slowed down.

Roy was slow to pay wages and a crew could be left for weeks without supplies, subsisting on Heinz salad cream.

And he went in for a good deal of bluff and bluster. He claimed, for example, that Colonel Gaddafi wished to acquire Sealand, and would pay for it in gold bars.

An American church wanted to beam religious broadcasts to Russia — Roy rejected the proposal when he suspected it was a front for the CIA.

‘During the Falklands conflict, I was approached by some Argentinians’, he said, ‘who wanted their own Malvinas right on Britain’s doorstep.’

According to legend, there were several attempted coups. 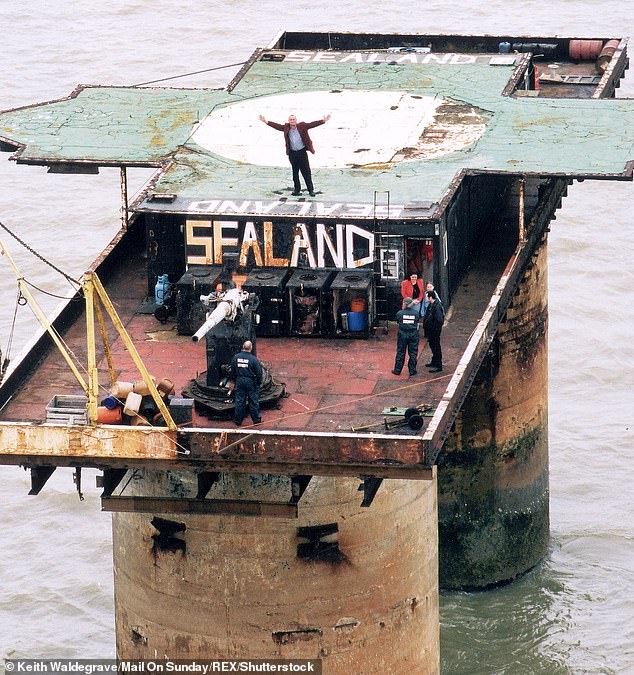 There were Dutchmen, apparently, who ‘tried to swim with snorkels but they were spotted and given short shrift with a flame-thrower’, boasted Roy, who wanted there to be a biopic, with Mel Gibson as the star. 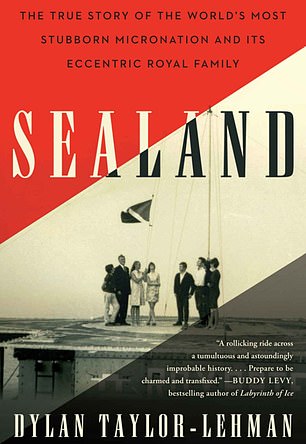 Eventually, the Prince went mad with malaria ‘and spent a few days wrapped in a blanket and holding a shotgun in a delirious attempt to ward off hallucinated invaders’.

He died later, in 2012, aged 91. The New York Times put him ahead of Whitney Houston in its poll of notable deaths.

Knighthoods cost £99.99 and for £199.99 anyone can become a Count or Countess. Prince Michael’s ex-wife Lorraine does the paperwork.

‘I like a bit of adventure’, Roy had said. ‘It’s the old British tradition.

Maybe Britain’s changed, but there’s a lot of us still about.’ Amen to that, and our eccentric traits are vividly depicted in what is the unexpected comic masterpiece of the year.

Julie and the Phantoms: How can ghosts change outfits? Costume secrets revealed

5 BTS 2020 Halloween Costumes To Rock The Most "Dynamite" Look