Pain and the passion of Prisoner 46664: Read the prison letters of Nelson Mandela

The back cover of The Prison Letters Of Nelson Mandela is adorned with several quotes from the book, all expressing the kind of noble sentiments you might expect from one of the Great Men of History.

In fact, though, this is a bit misleading — because, taken as a whole, the book itself gives us a far more rounded, interesting and, above all, human portrait of Mandela than that.

For his first few years on Robben Island, conditions were especially harsh. Mandela was allowed only one visitor — and to write and receive only one 500-word letter — every six months. 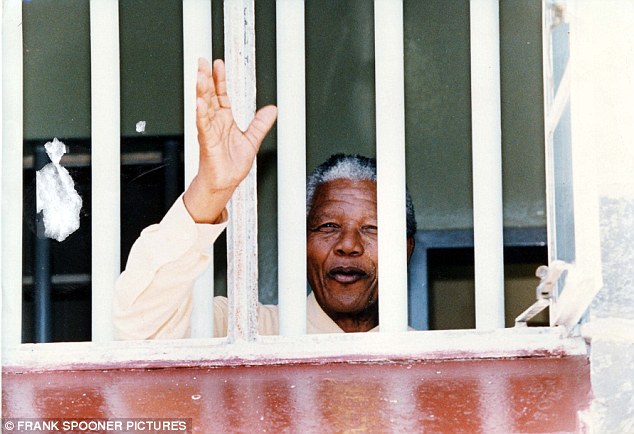 By day, he worked for more than seven hours breaking rocks into gravel. By night, he slept on a cold, concrete floor. Even so, his early letters are full of defiant optimism. ‘I feel on top of the world’, he writes to one friend, ‘and am looking forward to the day when I will again see you.’

After a while, however, the tone darkens. When he was sentenced to life imprisonment in 1964, as Prisoner 46664, which he is still remembered as today, Mandela had five children — including two daughters under six — who wouldn’t be allowed to visit him until they were 16.

And as the years go by, he becomes increasingly aware of the suffering that his absence is causing them.

He also begins to doubt his long-held conviction that his political duty must come first.

‘Is one justified in neglecting his family on the ground of involvement in larger issues?’ he wonders in 1971. ‘Is the public welfare not something remote and secondary to that of one’s family? These are questions that torment me daily.’ 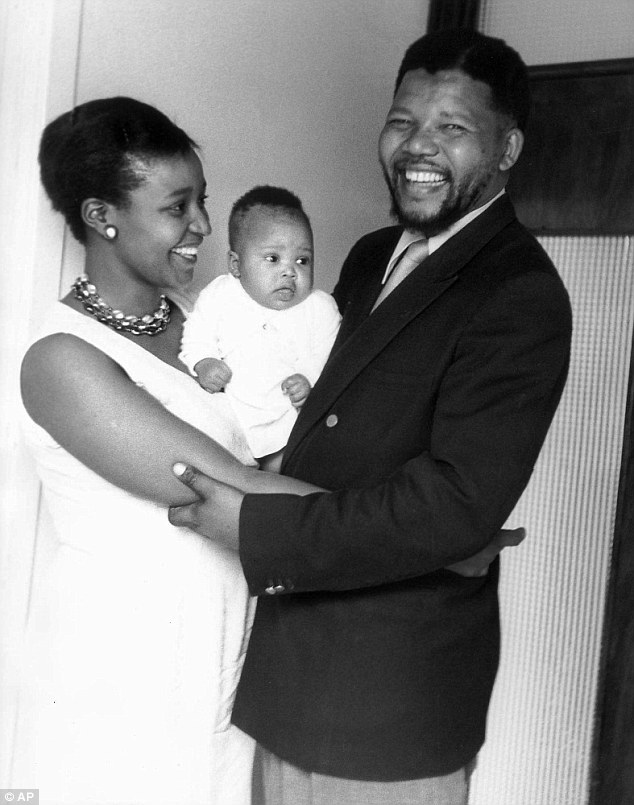 Mandela increasingly realises, too, how much he’s lost himself. In the same letter, he laments: ‘I have watched many of my childhood friends and college mates develop protruding tummies and “ample bottoms”, living well and enjoying many of the pleasures I should like to have for myself.’

Or as he puts it more starkly years later: ‘Sometimes I feel like one who has missed life itself.’

His resolve was particularly tested during one terrible 11-month period in the late Sixties. In September 1968, his mother died and his request to attend her funeral was denied.

The following May, his wife Winnie was arrested, leaving him not just distressed on her account, but also desperate to find out what was happening to the children (and to their education, which was always a central concern for him).

Then in July his eldest son Thembi was killed in a car crash aged 24. This time the authorities didn’t refuse his request to go the funeral, they merely ignored it. 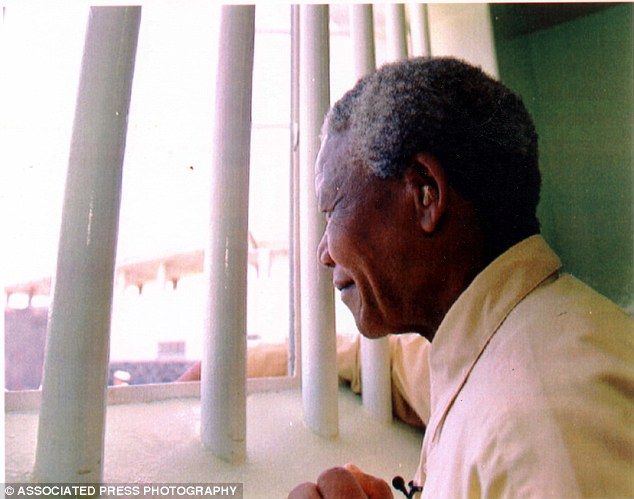 In the letters, you can see how his initial optimism and fire was replaced by feelings of regret and doubt

As Mandela acknowledges, his son’s death left him ‘shaken from top to bottom’ — and when Thembi’s grief-stricken widow visits Robben Island, he again wonders whether political theories are quite enough.

‘This was one of those occasions which emphasise just how little we know about real life and its problems in spite of all the literature we read,’ he says.

And yet, of course, in the end Mandela made his choice. He stuck it out for another 21 years, and refused the authorities’ repeated offers of freedom in return for essentially going away and leaving apartheid in peace.

Meanwhile, there was also the tricky business of Winnie.

His initial letters to her — sent with ‘tons and tons of love and a million kisses’ — tend to be straightforward declarations of his continuing devotion.

But gradually a mild note of alarm at her behaviour creeps in (‘Do enjoy yourself but beware of sprees if you can’). This becomes rather less mild when he sends her a little parable about an imprisoned man and his adulterous wife. 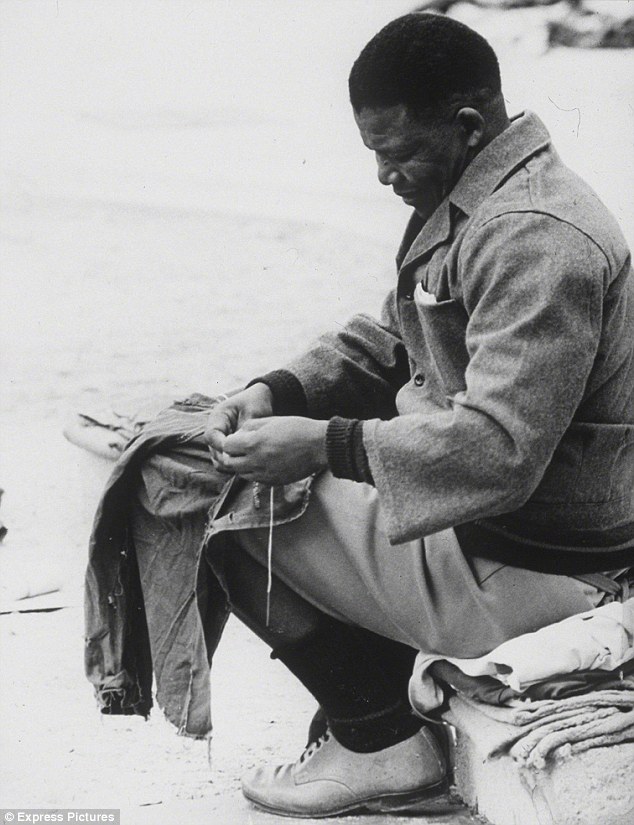 Clearly, Winnie never lost her physical appeal to Mandela: ‘The unforgettable hours in the bedroom made life taste like honey.’ Yet, by the mid-Seventies, his feelings appear badly conflicted.

‘Concern and adoration frequently intermingle,’ he tells her, ‘and at times I’m not at all certain which is dominant.’

There are, for example, plenty of letters demanding better conditions for him and his fellow prisoners. There’s also his extended campaign to sit for a law degree — something the authorities obstructed so effectively that, having started studying for it in 1964 (working in his cell after all those hours breaking rocks), he eventually got it shortly before his release in 1990.

Some of the most affecting letters are simply memories of happier times — including his country childhood.

‘Although I lived for two decades as a townsman,’ he writes to one old friend. ‘I never succeeded in shaking off my peasant background.’ 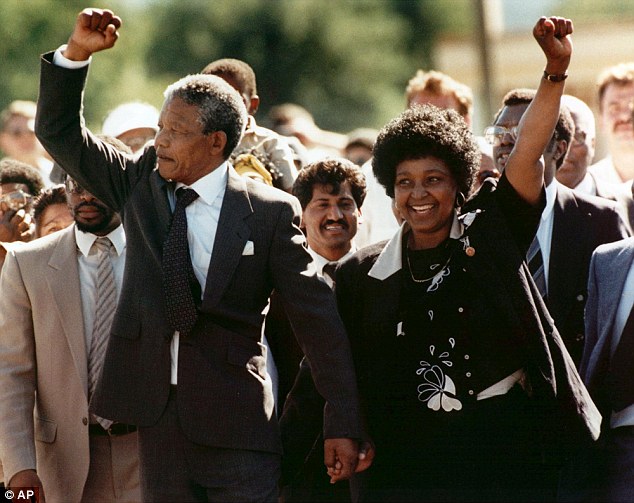 And, given how long he was in jail, there were an awful lot of condolence letters to write — which he did assiduously, together with other proofs of his old-world courtesy, such as thank-you letters to the nurses who looked after him when he had TB.

Less than six months before his release, he even found time to commiserate with the owners of a once-favourite Indian restaurant that was closing down: ‘There are many palates and tummies which will be justifiably outraged by the disastrous news.’

Despite its bulk, this book is still an edited version of Mandela’s correspondence, so I suppose it’s possible that in some of the letters we haven’t seen he says something mean, completely wrong-headed or just impolite. Yet I have to say that, having read what we’re given here, I’d be extremely surprised.

Indeed, about the only time he puts a foot wrong is in some of his gallantries to Winnie — not all of which perhaps quite hit the target.

‘I hope to outlive Methuselah,’ he tells her in one of his smitten phases, ‘and be with you long after you’ve reached the menopause, when all the gloss you now have will be gone and your body, your lovely face included, will be all wrinkles, skin as tough as that of a rhinoceros.’

What woman could resist that?