The one battle he could not win: Soldier turned MP Dan Jarvis was a hero who took on the Taliban — but no training could equip him for the most heartbreaking fight of his life … his beloved wife’s death

Most politicians with a 24-carat diamond of an anecdote about a former prime minister will treat it as the crowning glory of their autobiography. They’ll spin it till it dazzles.

Not Dan Jarvis, Labour MP for Barnsley Central. He chucks in a story about dragging Tony Blair through a nest of barbed wire in a dark, muddy wood at the height of the fighting in Kosovo as if it’s hardly worth mentioning.

But then, former paratrooper Jarvis is not like most politicians, and his memoir is far from the usual self-serving Westminster brag. He has faced two shattering crises in his life — a blood-curdling deployment in Afghanistan, followed by the death of his adored wife Caroline, mother of his two small children, from cancer. 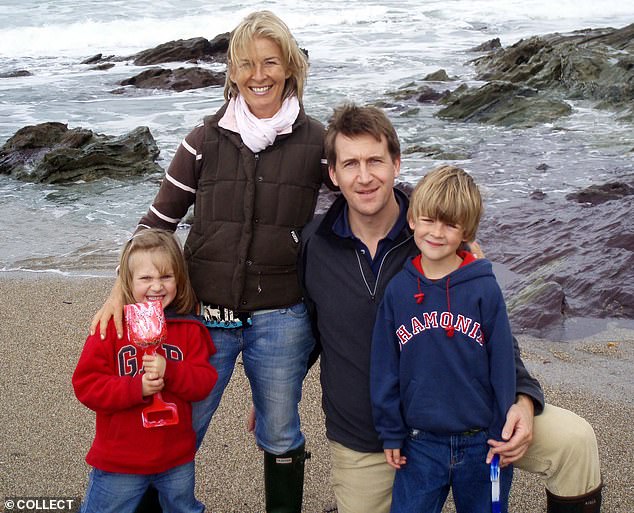 Former paratrooper Dan Jarvis, reveals the horror of war and reflects on the death of his first wife Caroline, in a new memoir. Pictured: Dan with his late wife Caroline and family

There’s no dwelling on heroics at the frontline, nor wallowing in grief at home. Long Way Home is a lively read, but it has the feel of a military debriefing, with the emphasis here on accuracy without melodramatics.

That said, his after-dinner story about meeting Blair in a war zone is a cracker.

In 1999, on Jarvis’s first day as aide-de-camp to the head of the British Army in the Balkans (General Mike Jackson, known to his troops as the Prince of Darkness), Blair visited the NATO HQ in Kosovo.

After the meeting, Jarvis was ordered to walk Blair back to his helicopter, accompanied by spin doctors Alastair Campbell and Anji Hunter. As they approached the aircraft, it inexplicably took off and hopped to another helipad on the other side of a wood.

The PM and his advisers had no choice but to traipse through the mud and undergrowth, with Jarvis helping them through barbed wire fences. Campbell was gung-ho but Hunter, who was wearing heels, ‘seemed to be enjoying it less’.

As the helicopter lifted off again, this time with the British premier on board, Jarvis realised General Jackson was staring at him with a look of controlled fury. He steeled himself for a roasting, but all the Prince of Darkness said was: ‘Thank God it wasn’t the Queen.’

Part of Jarvis’s ability to observe and describe Army life stems from his outsider status. A comprehensive schoolboy from Nottingham, he was the first man in his family to attend Sandhurst. Most of the cadets were public schoolboys: only one other came from a state school. The two of them were dubbed ‘Marks’ and ‘Spencer’. 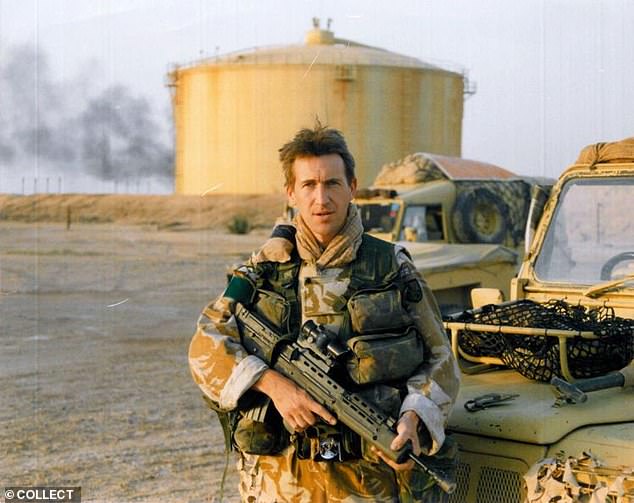 Dan recalls the constant fear of an Afghan soldier opening fire on the Allied troops who were supposedly his comrades. Pictured: Dan as a paratrooper in Iraq

Though his parents were far from Army types (a college lecturer and a probation officer), they clearly expected their boys to lead rugged lives. At 14, Dan and his brother were dumped on a deserted Scottish island and left to fend for themselves overnight. That sort of treatment seems odd for a middle-class family in Nottingham, so more depth about his childhood would have been welcome.

Instead, much of the book is devoted to the horrors of war against the Taliban in Afghanistan, in particular his posting in 2007 in command of a Special Forces Support Group: Paras, Royal Marines and the SAS.

He is unsparing about the difficulties of working with Afghan troops, who were often fearless fighters, but might also be Taliban double agents. So-called ‘green-on-blue’ attacks, where an Afghan soldier opened fire on the Allied troops who were supposedly his comrades, were a constant fear.

Jarvis talks of the ‘thousand mile stare’ that men develop when they have seen too much horror, and explains his own method of dealing with trauma — the ‘coping box’, an imaginary trunk for storing turbulent feelings until he has the time and strength to face them . . . which might be never. 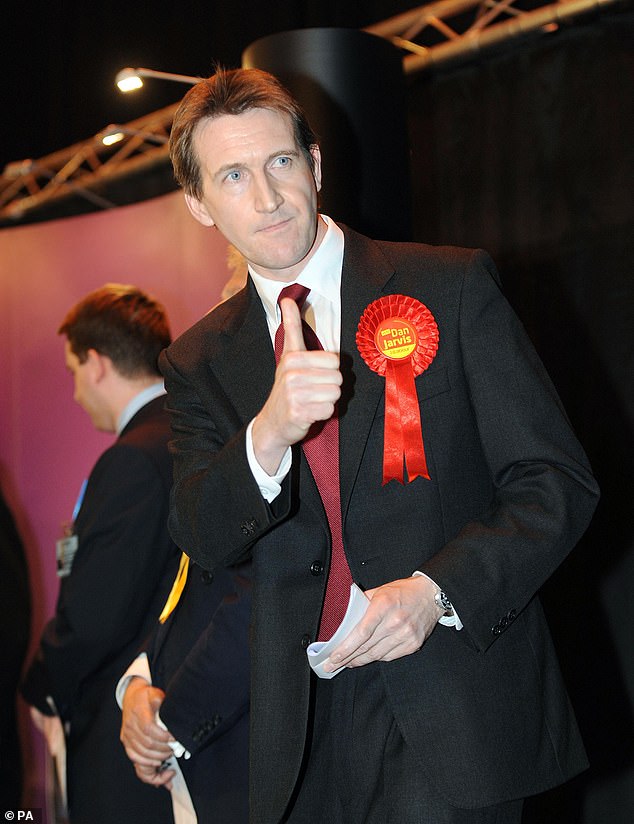 Dan’s (pictured) wife Caroline was diagnosed with bowel cancer in 2006, after he returned from Afghanistan for the first time

Detailed descriptions of individual military actions will be of interest to war historians, but less so to ordinary readers. It is the author’s uncommon awareness of his emotional battles that makes this memoir unique.

In 2006, after he returned from Afghanistan for the first time, Jarvis’s wife Caroline was diagnosed with bowel cancer.

She had a baby daughter and a toddler son, and the idea that anything could be seriously wrong with her was so unthinkable that for months even her GP couldn’t believe it. Only when she became bedridden with agonising stomach pains was she sent to hospital for tests.

Jarvis vividly conveys the nightmare of the man of action who can deal with anything — except being powerless. His first thought on hearing the news was that he ‘had to stay positive’ — as if the illness brought new military objectives that must be achieved for victory to be won. 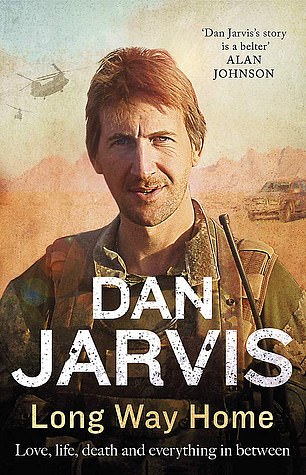 His gradual realisation that the disease was not like any other enemy is heartbreaking.

There is a bitter unfairness about the battle: he has trained all his life to fight and survive, and now his life is being torn apart by an illness that is impervious to his courage or his capacity to work himself to exhaustion.

Worse, it is not even his own fight for survival — that might have been bearable, or at least a battle he was less afraid to lose. His description of the day of Caroline’s death stands out from the rest of the book with a surreal intensity.

In his introduction, Jarvis says he was unable to talk about Caroline’s death for years — even after time had healed his grief enough to let him remarry and have another child with his second wife, Rachel. He also claims that he has been reluctant to talk about his service in Afghanistan, because of the sensitive nature of the operations.

It is clear, though, that those memories are tangled up with the treatments Caroline underwent before and after his deployment, which magnified his dread of facing them. It has taken Dan Jarvis a long time to open his ‘coping box’. He deserves great credit for it.