Here's a confession: a week before the Man Booker Prize winner is announced, I am still buried in the rich, thick loam of Richard Powers' massive ode to forests, The Overstory, getting bitten by the hundreds of thousands of words creeping among its roots and marvelling at the patterns made by its narrative branches. It may be, as one or two reviewers have sniffed – their noses no doubt irritated by spores – that this book turns out to be too long or too much driven by ideas rather than love and death. I can't say for sure.

I will say this, though. Powers' ability to worm his way within a few sentences into the lives of characters as disparate as a Chinese refugee from Mao's revolution, a narcissistic student disliked by everyone in her student house and a disabled Indian computer-game designer, none of them presumably much like a writer who lives at the foot of the Smoky Mountains, is quite breathtakingly adept. And another thing: his passages about trees are simultaneously scientifically exact and brimming with ecstatic wonder, which makes him a nature writer of the highest order – comparable to his ecologist heroine Plant Pattie's own spirit guide, John Muir – as well as a heroic storyteller. Right now, I can't imagine any sane person giving the prize to anyone else. 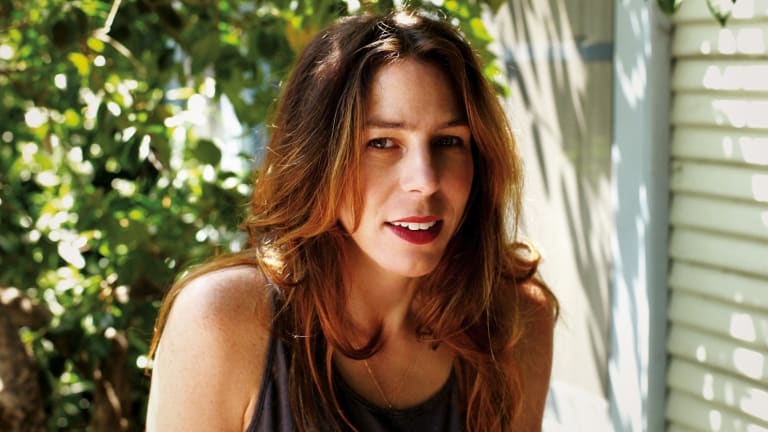 My race to read The Overstory is but a reflection in miniature, of course, of the real race of the six Man Booker Prize finalists to the finishing line on Tuesday. Now in its 50th year, the Man Booker remains far and away the most important prize for novels written in English. Even so, I have come to wonder if it's even worth trying to make a stab at predicting a winner. One year, all the books seem very challenging; the next year, the jury will start talking about finding "readable" books and shortlist a couple of thrillers. In the past couple of years, the initial longlists (the so-called Booker Dozen of 13 books from which the shortlist is chosen) have been positively madcap in their diversity. The point is that the judges change every year, so it's always Ground Zero.

This year's team, which includes crime writer Val McDermid, cultural critics Leo Robson and Jacqueline Rose, and artist and graphic novelist Leanne Shapton, with Ghanaian-American philosopher Kwame Anthony Appiah as chair, broke entirely new ground by including on the longlist a graphic novel (Nick Drnaso's Sabrina, about a victim of fake news) and an epic narrative poem – also a first – about a demobbed WWII Canadian soldier whose PTSD keeps him from going home. Poet Robin Robertson's The Long Take has even made it through to the last half-dozen. 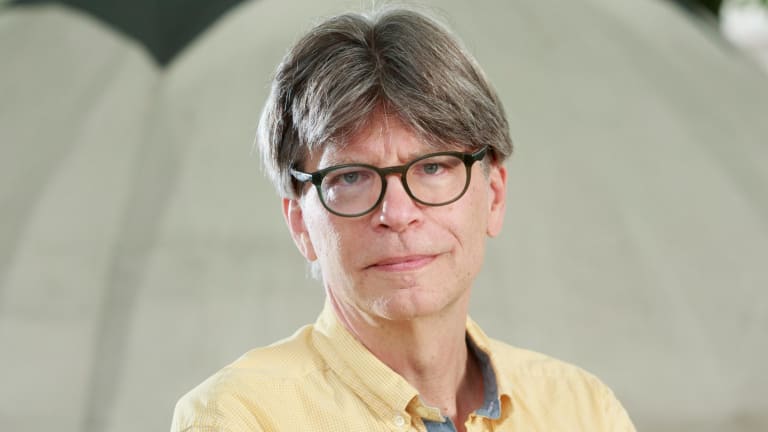 There has been plenty of tut-tutting about that, along with the fact that the only novel by someone properly famous, Michael Ondaatje's Warlight, didn't make the cut. Nor did Normal Life by Sally Rooney, thus displeasing booksellers who saw fine commercial prospects in a literary It-Girl given extra Booker bounce. It is not, however, the job of the Booker judges to sell books. They just have to choose the one – out of more than 170 this year – they collectively like best. And there is no point in objecting that this is a subjective judgment. Of course it is subjective.

And remarkably difficult, because subjectivity slides around like a bear on ice. Last week, I might have said much the same things as I'm saying now about The Overstory – because that is what a good book does while you read it: demands loyalty – about Rachel Kushner's The Mars Room. At least one literary editor has picked Kushner to win; checking that out, I discover her novel is bottom of the bookies' list of odds.

I can't make any sense of that. The Mars Room is a brutally direct book about women in prison, how they got there and how they live out their multiple life sentences, with no hope of any happy endings. It is punchy, detailed about things – prison slang, prison sex, working in the strip club that gives the book its name – that Kushner somehow knows from the inside, empathetically, rather than simply as accumulated sociological fact. Romy Hall – a secretly literate lap-dancer, slack mom, murderer – is a frank, funny narrator. Why don't gamblers like her? Perhaps they sense in the derailed Romy a dangerously kindred spirit.

Odds aside, there is some sort of feeling in the air that Esi Edugyan's likeable Washington Black could win. The eponymous Washington Black is born into slavery in Barbados. At 10, he is rescued from the cane fields by his master's brother, a scientist who spots Wash's precocious talent for drawing the specimens he collects. Washington accompanies his master to America and then to the Arctic in a series of picaresque adventures. 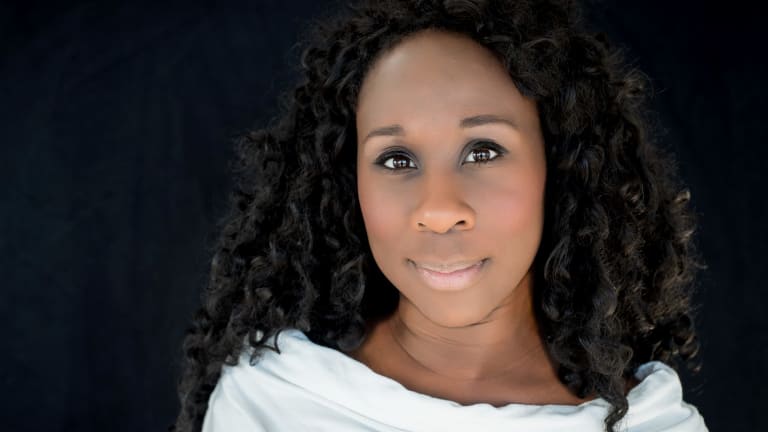 Edugyan writes with righteous passion but also ebullience; the plot rattles along noisily and there is plenty of interesting conversation. She also ticks a lot of boxes, if this matters: a writer of African descent, a woman, Canadian (a bonus, given that the lately arrived Americans have won for two years in a row), shortlisted before (for Half Blood Blues in 2011), addressing a big subject: You would be hard-pressed, in fact, to find a box Washington Black does not tick. At the same time, it's a bit like a sugar rush. My guess is that it's an an unlikely pick for a jury that made an illustrated poem one of its finalists.

The Long Take is certainly an outre choice. Robertson alternates a narrative in blank verse with prose paragraphs of memory, observation or "found" writing, such as a postcard slotted into the story of the central character Walker's restless post-war drifting from one American city to another. Walker could be a character from the films he sees at his local fleapit; he does his drinking in cheap bars where men fight and women tout for business. Sometimes he drinks with hobos, usually shattered ex-soldiers like himself, who become his journalistic speciality. 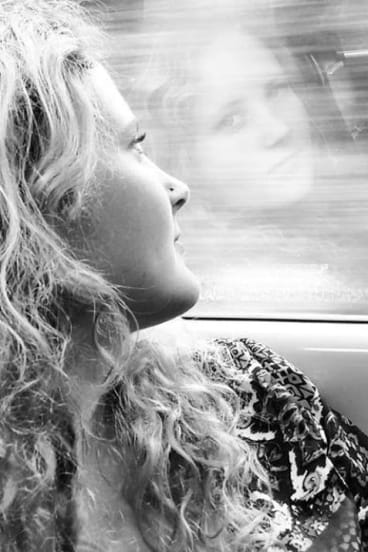 His key apercu, however, is to spot with dread the parallels between the destruction of the old neighbourhoods and footpaths of Los Angeles and the scorched-earth annihilation of the war he had just fought. Robertson's language is diamond-hard; what he lacks in plot, which is a great deal, he compensates with jewel-bright metaphor.

The longlist included four writers under 30; only one made the final cut. Twenty-seven-year-old Daisy Johnson's Everything Under is a retelling of the Oedipus myth set in another kind of marginal community: crusties living on boats on Britain's old industrial canals. In a gripping first chapter, Gretel runs to ground the mother who walked off into the night 16 years ago when she was just a feral kid. Her memory of events, particularly of their entanglement with a strange boy called Marcus, is dim. She wants explanations, which Sarah, scrambled by dementia, cannot or will not give. 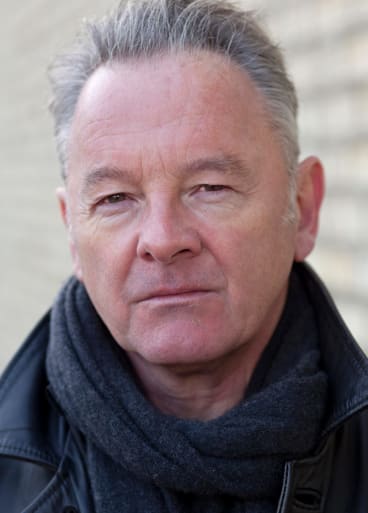 For the reader, however, there is not much mystery, since anyone who knows the story of Oedipus will match the characters to their classical referents long before Johnson pulls the strands of story together. As she heads further into myth and magic, Johnson's characters lose their lustre; what never recedes is her squelchy feeling for that watery world.

And so to Milkman by Belfast-born Anna Burns, which, while it may not be written in verse or illustrated, is as singular as anything on the long or shortlists. This is a study in fear in which nobody has a name, nobody tells each other anything – not even who they saw in the chip shop – and everyone checks phones for bugs and cars for bombs but supposes they will die violently anyway. 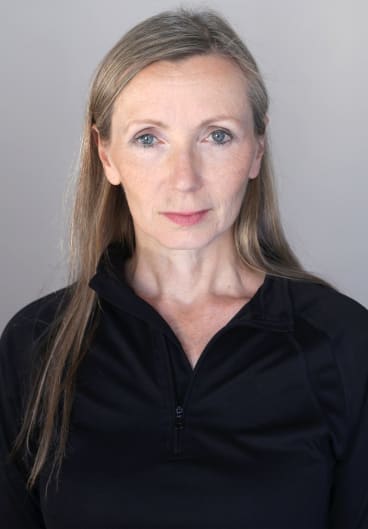 Milkman doesn't deliver milk, which turns out to be bad luck for the man who does and is thus confused with him. Our unnamed protagonist is a feisty young woman born into rebellion; now Milkman has let it be known he wants her. A difficult book, yes, made trickier by the convoluted Irish phrasing and ornamental vocabulary that obscures what is being said. In the end, however, that is part of what makes this book so darkly impressive: Burns has found a way to match form and content. Like the girl herself, you the reader are trapped in a web of punishment, revenge and dialect.

Actually, until I came to write that, I had forgotten how much I admired Milkman. Does a book about Irish sectarian violence stand a chance? There is a terrible fear going around that the Americans – over-writing, over-represented and now over here – will dominate the Man Booker forever, that this mistaken decision to open the prize to all novels in English, now four years old, will edge out Commonwealth writers who might otherwise have found themselves on the world stage thanks to the Booker, that readers are thus impoverished. Those are real worries. Right now, however, the Man Booker Prize consists only of six extremely well-read people choosing a book they like. That's all it is. And given that's what it is, I very much hope they choose The Overstory. 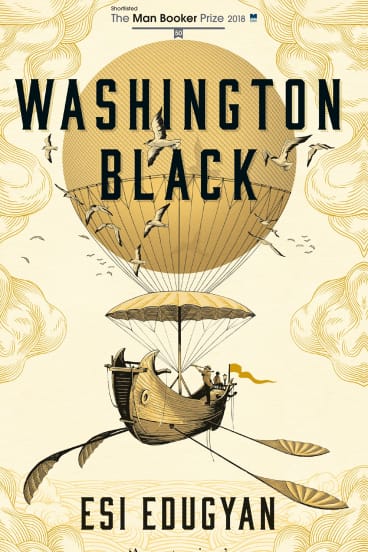 Next post Who is in The Witcher cast alongside Henry Cavill and who plays Ciri and Yennefer?