Mike Nichols, who died in 2014, was a film and stage director of genius, and he wasted no time in showing it. The first two films he directed were “Who’s Afraid of Virginia Woolf?” and “The Graduate.” In the new oral history “Life Isn’t Everything,” Ash Carter and Sam Kashner draw on 150 respondents to tell the story of his incredible career.

Carter and Kashner talk about the book on this week’s podcast, including Nichols’s groundbreaking comedy work as a duo with Elaine May. “Elaine May was the dangerous genius that entered Mike Nichols’s life and changed him,” Kashner says. Carter adds: “She was kind of the combustion engine, and he was the steering wheel.” 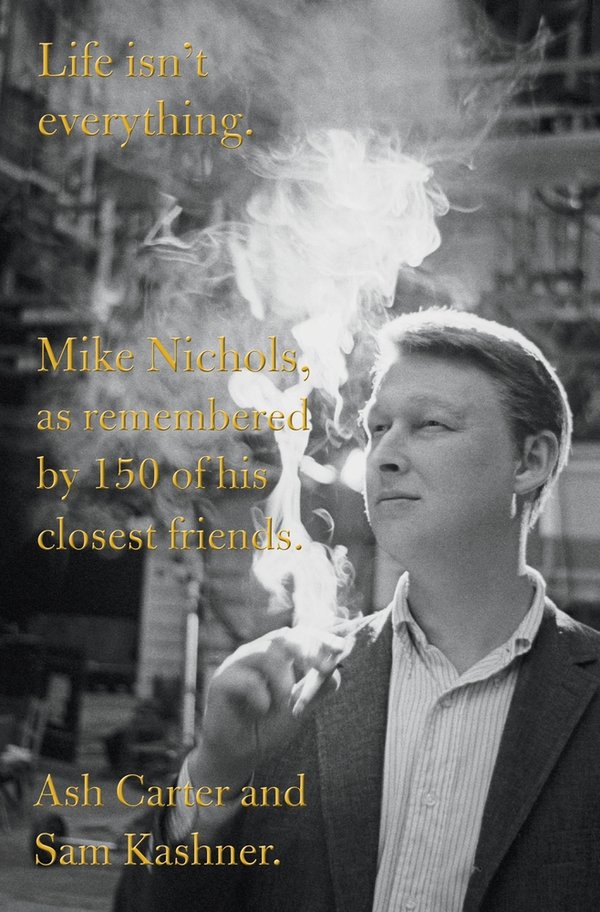 Alexandra Jacobs visits the podcast this week to talk about “Still Here,” her new biography of Elaine Stritch. “I think her musicality, her rhythm, her sense of timing were incredible,” Jacobs says. “And she also just had a way of working with whatever audience she had, to communicate with them whenever she was singing.”

Also on this week’s episode, Elizabeth Flock of PBS joins us to discuss the latest pick for Now Read This, a book club from “PBS NewsHour” and The New York Times; Alexandra Alter has news from the publishing world; and Gregory Cowles, Emily Eakin and John Williams talk about what people are reading. Pamela Paul is the host.

“The Mountain Lion” by Jean Stafford

“Essays in Disguise” by Wilfrid Sheed

“How to Be a Family” by Dan Kois

“Richard Nixon” by John A. Farrell