The year 2018 was only four days and 90 push alerts young when I abandoned all prior delusions that it could be a quieter, more nationally introspective sun cycle than 2017 had been. Subtlety and nuance might be in fashion again in some distant future, but probably not this year. Confrontation would remain the default setting.

To the (trivial) extent that book covers ought to reflect the spirit of the age, this year demanded that they be confrontational if not out-and-out blunt, topically and conceptually. Stylistic subversion was for the most part off the menu. A book about jazz standards would not be confused, visually, with a book about failing democracies. A memoir would, perhaps rightfully, look precisely like an internal odyssey. A romance between a woman and a fish would be unambiguous. Several of the covers that stood out to me featured inventive variations on the human face, as if the whole of publishing altogether sought to remind anyone shopping for books that humans who are not famous still do, in fact, exist — and that they matter. It’s an idea that seemed to be gaining the tiniest bit of traction at the end of this year. Perhaps I’m still deluded, but I’m hopeful that notion will continue to gain momentum as we head into 2019. 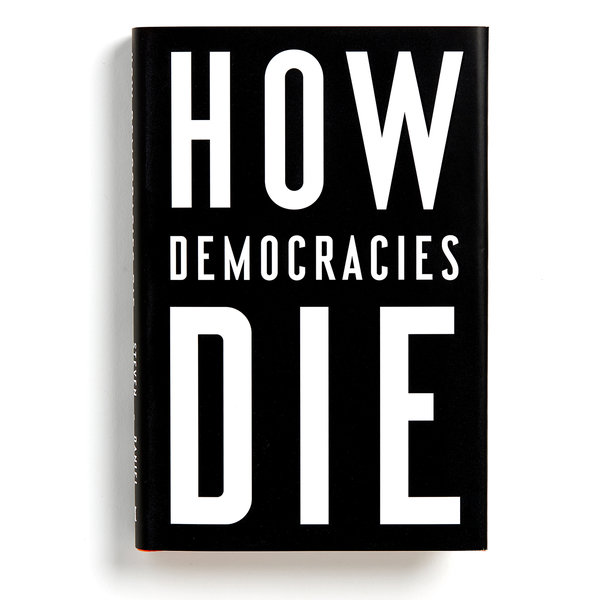 by Steven Levitsky and Daniel Ziblatt

Designed by Will Staehle

My Year of Rest and Relaxation

The House of Impossible Beauties

The Condition of Secrecy

I Will Be Complete

Matt Dorfman is the art director of the Book Review.