This year has been a tough one for publishers in Australia and around the world. But the basic need for story in whatever form – fiction, memoir, historical narrative, true-crime, biography – seems to trump difficult times. There have been many fine titles published here and overseas and, it must be said, some dross but if you're looking for books to read during the summer holidays here are 10 from the multitude that made their mark. 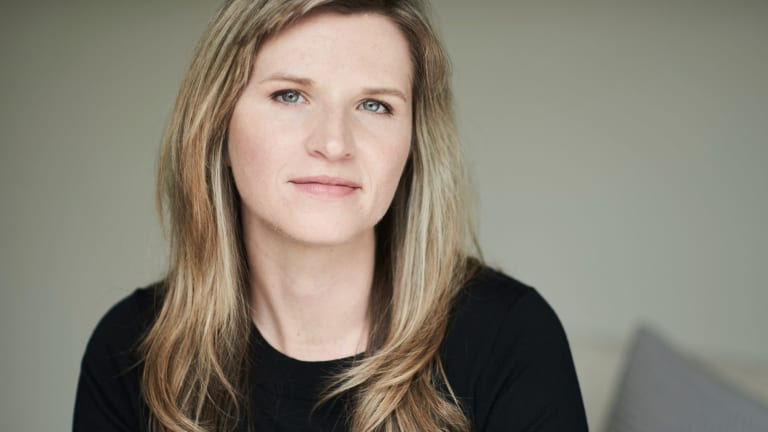 Educated is the story of how Tara Westover survived her brutal childhood.

Tara Westover's story is astonishing. She was raised in a survivalist, fundamentalist Mormon family in rural Idaho in the US. According to her father, they were surrounded by the forces of Satan, so doctors were a no-no – as was school, which was simply a government plan to "lead children away from God". She and her brothers worked, and sometimes suffered ghastly injury, in her father's junkyard; her mother was a herbalist who turned her skill into a seriously successful business. Westover suffered appalling brutality at the hands of one of her brothers. But through sheer determination and buckets of courage she took herself off at the age of 17 to Brigham Young University and thence to a PhD at Cambridge. Of course, it wasn't quite as simple as that. You will be amazed at her upbringing and mightily impressed by her strength of character. 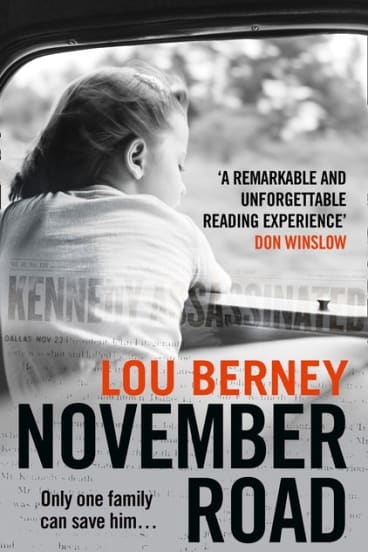 You might think this another novel about the assassination of JFK, but you'd be wrong. Yes, the main character, Frank Guidry, is a footsoldier in the organisation run by New Orleans mobster Carlos Marcello, who seems to have been involved in events in Dallas. Frank's worked out the link and now he's on the run from a Marcello killer, a nasty piece of work called Barone. Eventually he teams up with Charlotte, fleeing the wreck of her marriage along with her two little girls. The shots in Dealey​ Plaza changed America forever and that's what this book is about: change and transformation for everyone involved. It's also a gripping, tender novel that impresses with its characterisation, pace and deftness.

Patrick deWitt is a unique, iconoclastic novelist. His books are melancholy, funny, satirical and invariably have a slightly skewed tone. His first, Ablutions, was an episodic narrative about an alcoholic barman and would-be writer. DeWitt found his distinctive style with his second book, the brilliant Western Sisters Brothers, and followed it with a quirky sort of fairytale, Undermajordomo Minor. In French Exit, he has created a distinctly wacky comedy of manners with a melancholic overtone. Wealthy widow Frances decamps from Manhattan to Paris with her 32-year-old son Malcolm when their money starts to run out. They are accompanied by a decrepit cat, Small Frank, into which her late husband's soul has transmogrified. In Paris things take a series of surprising turns when several odd characters take up with them. It's a delicious read. 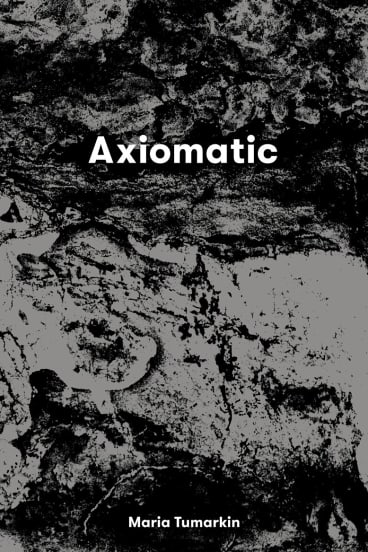 What a wonderfully idiosyncratic, distinctive and really rather wise book this is. Maria Tumarkin takes five familiar sayings – axioms – to meditate on, challenge and interpret by talking, sometimes over years, to a range of people whose experiences enlighten, educate and enliven in surprising ways. Tumarkin, who brings her own experiences to play, writes in a sometimes fierce voice that is utterly her own and brings with it an inquiring mind that together make for a thought-provoking experience. It's no surprise that this has been shortlisted for the Victorian Premier's Literary Awards and has already won the Melbourne Prize for Literature's best writing award, worth $30,000. 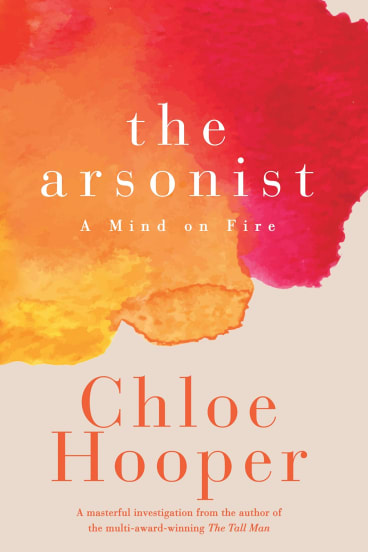 The Arsonist. By Chloe Hooper.

Black Saturday, February 7, 2009. Brendan Sokaluk lights a fire outside the town of Churchill which kills 11 people, on a day when 173 people died across Victoria. He is quickly identified as the culprit. Chloe Hooper's book is a nuanced examination of the investigation, prosecution and conviction of Sokaluk and a scrupulous inquiry into why a simple man diagnosed in his 40s with autism, who had been bullied most of his life and lived largely as an outsider, would commit such a crime on a day when it would do the appalling damage it did. It's also fascinating to learn of the ability fire-scene examiners have to pinpoint the origin of a fire that burns thousands of hectares. As in the much admired The Tall Man, Hooper writes with a clear-eyed sensibility and, here, with a sense of compassion for the wretched Sokaluk. 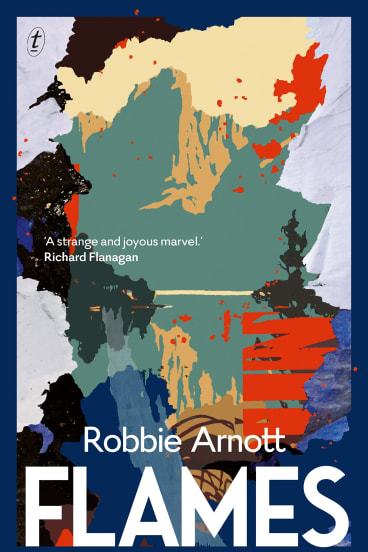 This first novel was a complete surprise to me and an utter delight. It's a sort of Tasmanian magic realism combined with a family mystery that starts with the reappearance of Levi McAllister's mother – two days after her family scattered her ashes. As Levi puts it: "this kind of thing wasn't uncommon in our family". He doesn't want his sister Charlotte to have a similarly fiery post-death life so decides to build her a coffin, which alarms her to such an extent that she does a bunk. It's hard to believe that this is Robbie Arnott's first novel. It's wonderfully imaginative and there's some lovely writing in it – the bit about a significant partnership between Karl, a tuna fisherman, and his fishing partner, a seal, is gorgeous. 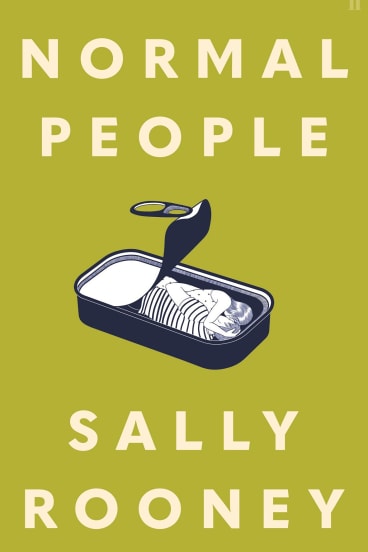 Irish writer Sally Rooney's second novel has been one of the hits of the year and deservedly so. It focuses on the developing relationship between two Dublin high-school students: Marianne, who is bright, bookish but isolated at school, and Connell, whose mother cleans Marianne's house and who is also bookish but popular, something of a jock. First, they're tentative friends, then lovers but keeping their relationship secret, worried how they would be perceived in their respective circles. The two navigate their way through school, university and beyond – sometimes together, sometimes separately, never quite sure how they fit into the world they live in. It's such a clever book, full of wit and perceptive intelligence. A real treat. 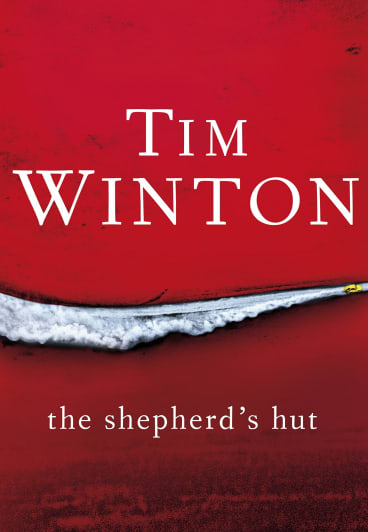 The Shepherd’s Hut. By Tim Winton.

Jaxie Clacton is a brilliant creation – a teenage boy on the run from a broken family, a suddenly dead father, and desperate to get to his putative girlfriend up north. He's been "through fire", as he puts it in his distinctive voice, to get on the road. And that fire is quite something. The core of the novel, Winton's 10th, is Jaxie's encounter with Fintan MacGillis​, the funny old man he finds marooned by a salt-flat in the wilderness of Western Australia. We don't know why Fintan has been dumped there – nor who has imprisoned him in all this openness – and the prickly Jaxie is initially wary of him, then disarmed by him. The Shepherd's Hut dissects the toxic anger of men and is "austere, beautiful and compelling", as Michael McGirr wrote in his Age review. 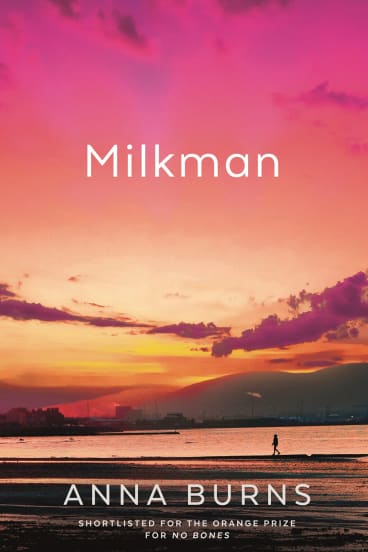 I haven't quite finished this book, but can certainly see the fuss about it. Northern Irish writer Anna Burns won the Man Booker prize for Milkman and it's one of those books that has divided opinion. Some rave about the voice, the language, and the deadpan humour; others find its distinctive narrative voice monotonous and the style irritating. Burns doesn't name her characters. Middle Sister is known around her neighbourhood for reading books as she walks to and from work; she has a Sometimes Boyfriend. Milkman is the dodgy paramilitary who inveigles his way into her attention when she goes running and soon whispers of an affair are in the air. Not a good thing in Belfast during the Troubles (although Burns, like her characters, never names it).

Trick of the Light, Laura Elvery 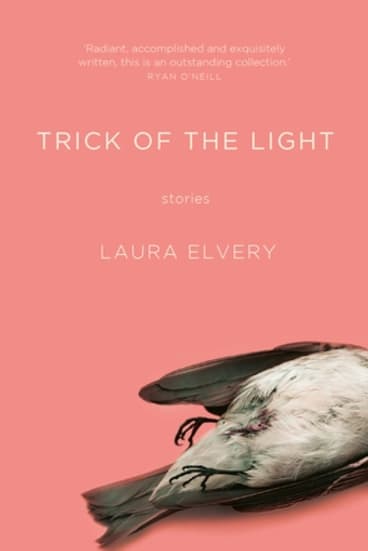 Trick of the Light. By Laura Elvery.

There are more than 20 short stories in Brisbane writer Laura Elvery's debut collection and every one is worth reading. Many of the central characters are at school, some of the stories are set overseas, many in Queensland. There's some dark stuff handled in a delicate way, a subtle humour and carefully delineated characters. Not all the stories pack a punch and her style is not in the least flashy – her writing is straightforward – but her emotional antennae are carefully attuned to what her characters are going through.