I was a big reader before I discovered Stephen King, but his books pressed a lever in me. The best of his early novels — “The Shining,” “The Stand,” “Carrie” — came out while I was in grade school, and I read them each six times in class tucked under my desk. I thought my enthusiasm made me a horror fan, but then I tried other horror writers and that wasn’t it at all. I was a Stephen King fan. In terms of being able to tell a story, he was all by himself out in the HOV lane. He was hooting as he blew past.

The most realized of these novels, to my tender imagination, was “The Stand.” On the surface, it’s about a virus that wipes out most of the world’s population, but at heart it’s a road novel about the survivors. It taps into that half-corny, half-essential American turnpike mythos I’d locate in Kerouac and Springsteen and Lucinda Williams and others, but with apocalyptic inclinations. Filled with fly-specked AM radio dials and exterminating angels, “The Stand” is Americana by way of one of Goya’s dark paintings.

I like to think of “The Stand” that way, at any rate. I’ve been afraid to dip back in again. It’s magic I’d hate to spoil. I’ve been hesitant to get too close to any of King’s steroidal novels in the intervening four decades. I’ve mostly grown out of my interest. He’s maniacally prolific. Where would one insert a straw into that fire hose outpouring?

King’s new novel — it is roughly, depending on how you count, his 61st — is titled “The Institute.” It’s a big shank of a book that reminded me instantly of many of the reasons I loved (love?) him. His characters are the kind of people who hear the trains in the night. The music is always good. He swings low to the ground. He gets closer to the realities and attitudes of working-class life in America than any living writer I can think of. In “The Institute” people worry about taking their Prilosec. They’re happy to notice that the Denny’s and the bowling alley are right next to each other.

“The Institute” is about a brilliant and sensitive boy named Luke who is kidnapped and taken to a compound in the Maine woods where kids with special talents — telekinesis and telepathy — are imprisoned and put to dark geopolitical uses. The other primary character is named Tim. He’s a former cop, down on his luck, a good man in a blue chambray shirt and jeans who could use a break. Maybe they’ll help each other.

[ This book was one of our most anticipated titles of September. See the full list. ]

King has always written well about kids. Mencken defined genius as the ability to prolong one’s childhood, and King has rarely tamped down the excitable boy that burns inside him. One way this shows in his work, for good and ill, is in the intensity of his nostalgie de la boue, his guileless desire to wallow in human muck. 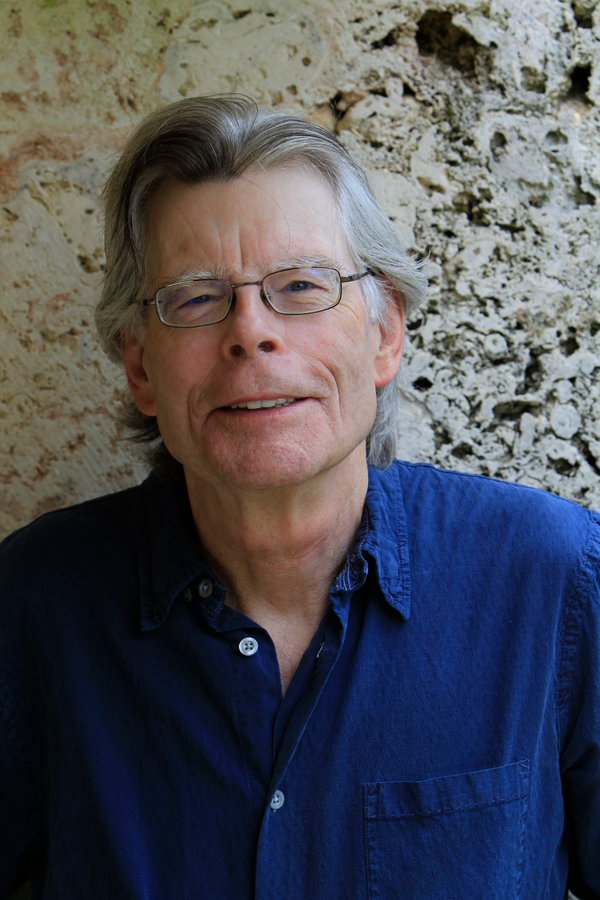 Flatulence, nose picking, vomit, loose sphincters, urine, armpit stench, drool, halitosis — King has long been obsessed with it all, and he caresses the details. If someone vomits in “The Institute,” there will be a pause to note that it contains creamed corn. If a rectal thermometer is brandished in front of a child, it will be XXL-size, the kind “a vet might use to take a horse’s temperature.” After a beloved character commits suicide, King visits a final indignity upon her. “Hurry up,” a man who is removing her body comments. “She’s got a load in her drawers.” King is sometimes compared to Theodore Dreiser, another writer whose novels are automobiles with big roomy suspension systems and for whom literary “style” was an afterthought. But if this is so, King is an occult Dreiser with his fly undone.

I read “The Institute” quickly and painlessly and I tried to enjoy myself. That I didn’t is partly a matter of temperament. I generally want to smack a (fictional) kid with special powers. I don’t care about quests or magic or Vulcan mind-melding. Yet I can suspend my predispositions. The right writer can convince me to stick around. King kept me marginally on the hook.

I especially liked the scene in which Luke’s fate momentarily appears to hinge on whether he can get past The New York Times pay wall, or whether he’ll be turned away, like a bird bouncing off a window. That’s drama that can make anyone feel a bit like Neo in “The Matrix.”

“The Institute” buries itself under a self-generating avalanche of clichés. I began to underline them but I had to stop after a while; carpal tunnel is no joke. “Funny as a rubber crutch,” “seeya later, alligator,” “serious as a heart attack,” “none of your beeswax,” “coals to Newcastle,” “touch him with a 10-foot pole,” “not in Kansas anymore,” “go big or go home” — they’re termites, and they collapse this house before it’s even partially up. To be fair to King, he sometimes uses these half-mockingly and is partially in on the joke. But it’s hardly a good joke. Is a cliché tax feasible? At $10,000 a throw, paid to his publisher, to support rhyming poets (a suppressed minority), King could have all he wants.

The right words are all we have in this world, and King too rarely pauses to search for them. He can access a good deal of genuine chrome-wheeled magic as a writer, but he reaches too often for the canned and frozen stuff, for the dried spices, for word-clusters that fell off the back of a Sysco truck.

“The Institute” feels antiquated and a bit gamey in other ways. The novel is set in the present day, but potatoes are “spuds,” coffee is “joe,” food is “chow,” mosquitoes are “skeeters” and a doctor is “the local sawbones.” You may start to feel you’re in a ’50s-era cartoon strip, that you’re locked inside “Beetle Bailey.”

This novel is less a motorcycle than a double-decker bus, but it does handle gracefully. The plot never stalls. There’s a fervent anti-Trump streak. And King still really knows what to do when he gets his characters out on the road.