Soap can’t wash away dirty past: Author shares the story of her grandmother who was employed in the slum laundries of London’s ‘Soapsud Island’

ALL MY MOTHER’S SECRETS

It felt like a disaster when my washing machine broke last winter. Just one week of slopping the kids’ football kits around the bath left me with an aching back, itchy fingers and a deep mould darkening the boards of the bathroom floor.

But the short-term trials of 21st-century housekeeping are thrown into sharp relief by Beezy Marsh’s absorbing new book about her grandmother, Annie Austin, one of 1,000 women employed in the slum laundries of London’s ‘Soapsud Island’ back in 1918.

Although the Fisher Act of 1918 made it compulsory for children to attend school until the age of 14, Annie (pictured below) was just 12 when she began work in the soot-stained terraced streets of Acton. 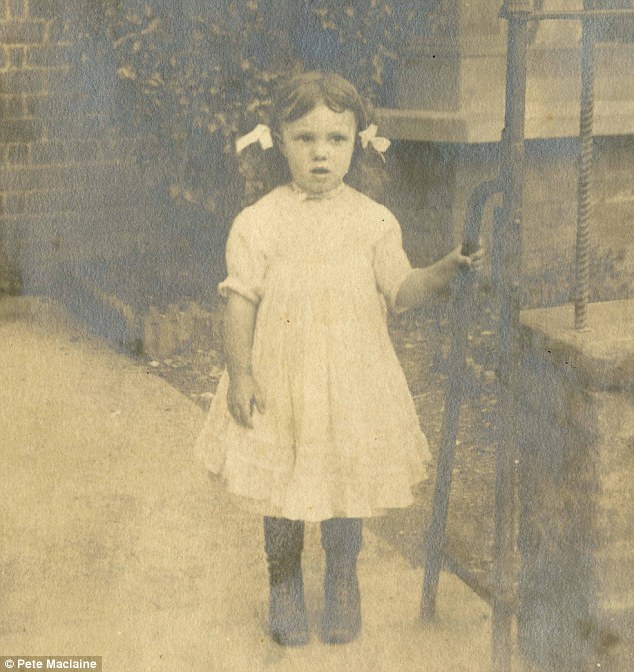 Her pregnant mother and domineering stepfather already worked there and they had her grandmother and weak-chested younger brother George to support. Before the NHS, a doctor’s bills could break a family.

Sweet Lavender, Honeysuckle Villa and Blanchisserie Royale — the laundries all had picture-postcard names to give their wealthy customers the illusion of clean country air.

But there was no pastoral idyll behind the dripping windows of the sweatshops where little girls scrubbed dirt from collars and cuffs from 8am until 8pm every weekday, working half-days on Saturdays.

Marsh, a journalist, writes with novelistic flair. She makes you smell the stinking steam of the dirty clothes in the coppers and feel the sting of soap flakes in the open sores of Annie’s cracked and swollen fingers. And she also makes you feel the pride that these women took in the honest, hard graft that kept their families above the breadline.

Annie’s mother, Emma, was the laundry’s chief ironer. She hoiked ten-pound irons around to press the pleated silk of the finest clothes and ‘goffered’ the wave on the edges of pinafores and baby bonnets with a pair of hot tongs.

But Emma was keeping secrets behind her squeaky-clean facade. She had told Annie her father had been killed in the Great War, but if that was the case, then why was his photograph hidden at the bottom of her button box? 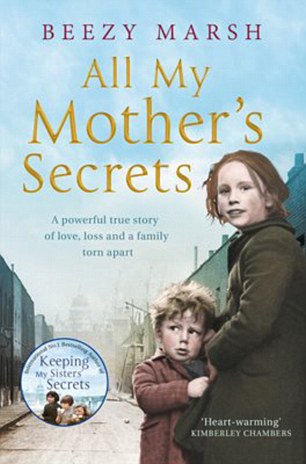 Her quest for the truth revealed a tale of gambling, debt, betrayal and murder.

As Marsh discovered: ‘The choices made by one generation were sometimes deemed too shocking for the next to bear.’

Annie’s adventures find her visiting the dens of backstreet abortionists, the homes of bullied Eastern European immigrants and the pubs of Covent Garden, where comedian Arthur Askey props up the bar, receiving each pint with a trademark ‘ay thang yaw’.

There are also enjoyable details of Annie’s fling with the handsome actor who whisks her out for champagne at the Cafe de Paris in a borrowed fox-fur coat and her slower-burning romance with the Geordie union man, Harry. When Harry kneels beside the Thames and offers her a ring of seed pearls and sapphires, Annie thinks it is the most beautiful thing she has ever seen.

Previous post I pledged loyalty to Bin Laden, then spied for MI6

Next post Stars and Scars — You Be the Judge