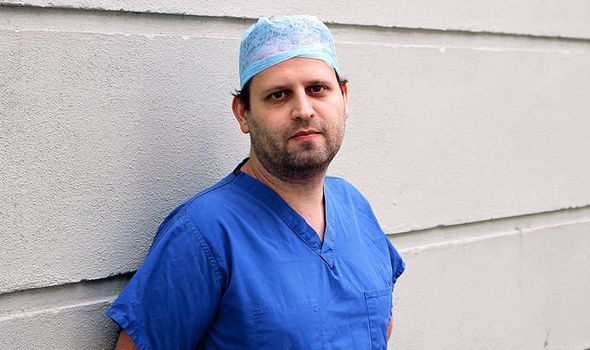 Former doctor Adam Kay’s new book, Twas The Nightshift Before Christmas, recalls a chap who “wrapped his entire body in tinfoil to go to a fancy dress party as a turkey and desiccated himself to the human equivalent of a Ryvita”. For the less printable side-effects of the intimate use of Mars Bar wrappers, peanut butter and steroid cream, see the book. Kay’s first best-seller This Is Going To Hurt, subtitled Secret Diaries of a Junior Doctor, sold an incredible 1.5million copies and has been commissioned as a BBC TV series.

But he hates the fact that people recognise him because of its success.

He wrote the book as “a love letter to the NHS – and the NHS is rightly loved,” he says. “It was a bit of a confidence trick. People like a funny book and I had a point to make. But people don’t like to be told what to think, they want to come to their own conclusions.”

His honest account of 97-hour working weeks and life and death decisions is peppered with scalpel-sharp humour and laugh-out-loud stories; the Kinder egg one is not for the faint-hearted.

Several involve the “Eiffel Syndrome” – patients claiming “I fell, doctor! I fell!” to explain foreign objects lodged in their bodies.

The two  met, briefly, but “no minds were changed,” says Adam. 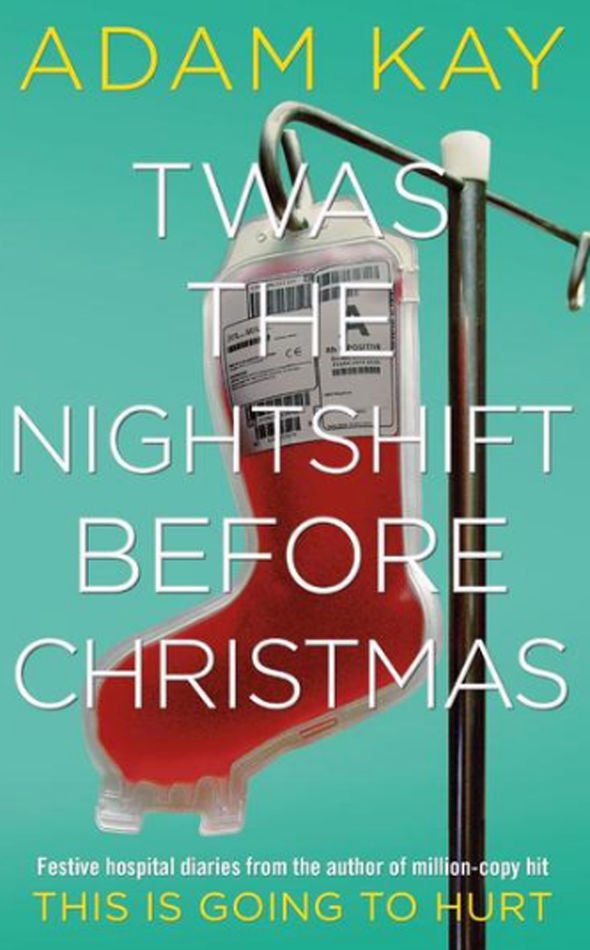 “He asked to meet within a week of him getting the job. It was productive. I focused on the mental well-being of staff, making sure people have the support network.”

It was, says Kay, “one of my proudest moments; the single best thing that’s happened…knowing I might have made a tangible difference.”

Adam, now 39, continues: “They don’t teach you how to deal with the bad things at medical school. A lot of doctors turn to drink and drugs. One doctor every three weeks takes their own life.

“We’re not looking after our own. We’re putting unrealistic expectations on people and there’s a culture of not speaking about it. I thought I was the only doctor who’d ever cried in a locker room.”

Keeping a diary was Adam’s way of staying sane until he quit nine seven ago.

The 2016 junior doctors strike was the accidental catalyst for Kay’s writing career.

“They were accused of being greedy,” he says, “but you’d have to be insane to go into medicine to make money. The hospital parking meter earns more than you do.”

After they lost, he decided to read out his diaries at the Edinburgh festival “and reach 3,000 people who might feel differently. I wanted to do my bit for the next time, make a bit of a preemptive strike.”

His friend, comedian Mark Watson came with a plus one who was an editor at Picador.

“It’s billed as a comedy drama,” Adam tells me. “The book is neither but you can’t do a totally honest portrayal of the NHS as a sitcom or as a harrowing drama. It does sit somewhere between.”

The TV series will “put vaseline on the lens so we don’t go to prison, but that’s the nature of TV. The challenge is fictionalise part of it while keeping it totally true. I’d love the show to do the same as the book and show what it’s really like on the NHS frontline.”

Adam is no fan of TV medical dramas, citing Jed Mercurio’s Bodies as one of the few that got things right. 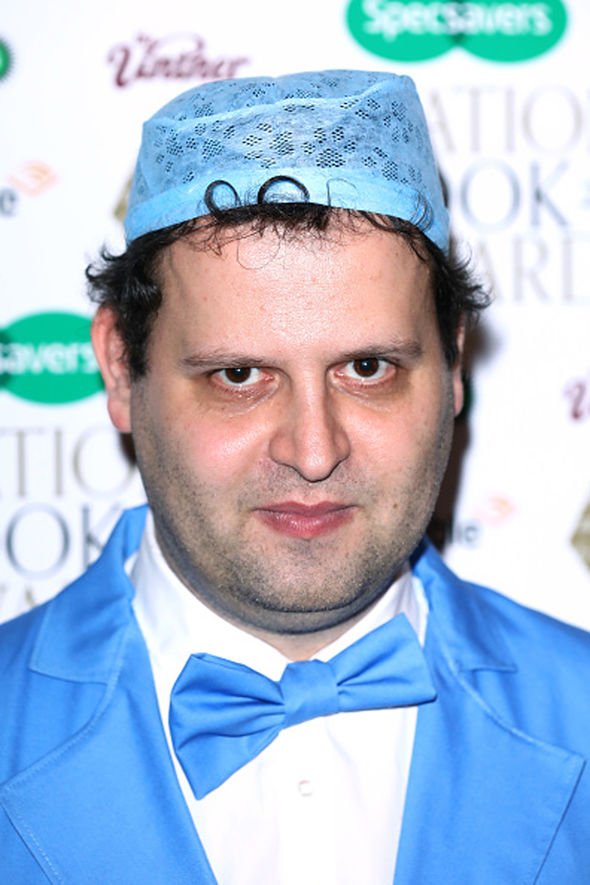 “ER? I wish our hospital looked like George Clooney’s,” he laughs. “And all those complicated love triangles. The only thing I wanted to do is bed was have a nap.

“As for Doctor Foster, how has she got the time to have all these dinner parties as well as run what is essentially a part-time detective agency?”

Who will play him?

“Someone better looking!” grins Kay who looks like a cross between John Belushi and a cherub.

His comedy career began at medical school revues “getting up on stage and making fun of professors and consultants, but once you start working as a doctor there’s no time to do anything.

“When I left medicine, comedy was the closest thing I had to a skill set. I’d gone from school to medical school to doctor. I had no other skills. I didn’t think it’d turn into a career. I thought I’d have six months of messing around and go back.”

The new book reveals why Kay quit for seven years, just after he’d been promoted to senior registrar.

He’d stepped in when a Caesarean started to go wrong but he couldn’t save the baby.

The effect was devastating, and so traumatising he couldn’t even tell his loved ones. 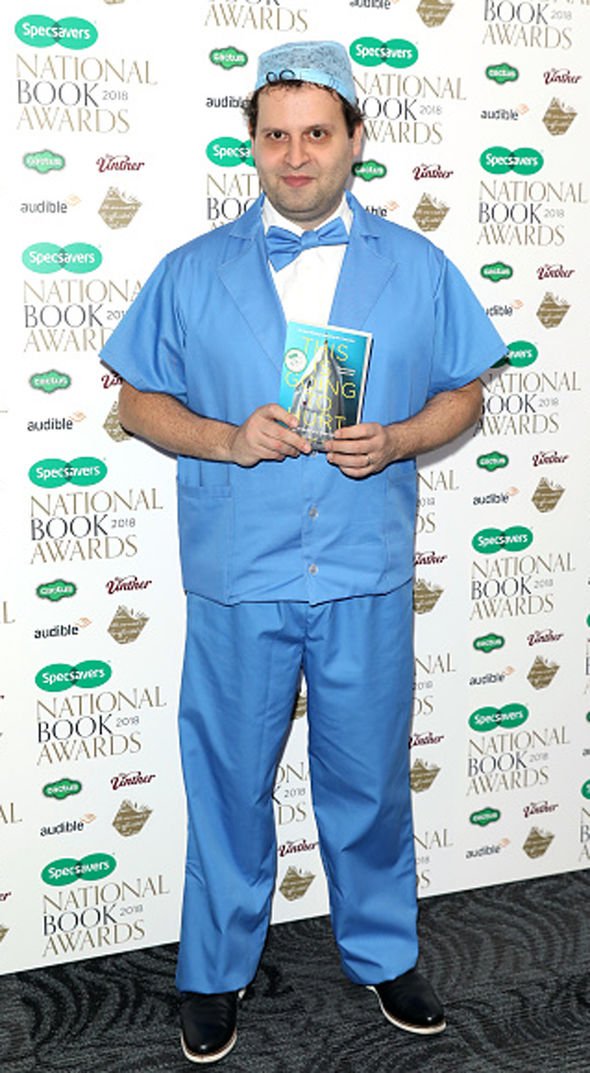 “For months I couldn’t do anything,” he says, and then he started stand-up and got his life back on track.

“I didn’t love performing comedy. It’s a very lonely job, mostly it’s a driving job…drive to gig and drive back afterwards. So I tried writing comedy.”

His first job was on the adult puppet show Mongrels in 2011.

“Brendan is a wonderful entertainer, I’d never seen an audience laugh so much.”

Adam met his husband, Game Of Thrones casting director James Farrell on Twitter “when it wasn’t full of Nazis”.

The live show that Adam started in Edinburgh has now been seen by 150,000 people.

“My shows are the safest place to have a medical emergency,” he says. “Because a lot of doctors, nurses and midwives come along. One young girl needed an ambulance. By the time one came she was handed over by an intensive care nurse and a neurologist…”

He has a better work/life balance now and relaxes by “playing Chopin and Mozart really badly”.

Whether on page, stage or TV, Adam Kay’s message will stay the same: “The NHS is precious and wonderful and it needs to be raised above party politics”.

Twas The Nightshift Before Christmas (Picador, £9.99) is out now