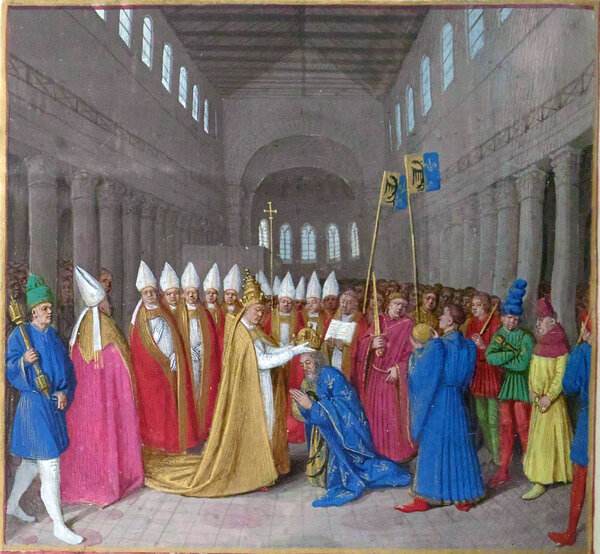 POWERS AND THRONES
A New History of the Middle Ages

Those who write about medieval history often develop a keen awareness that the narrative is best told when it is made relatable to the modern reader. A skillful historian of the Middle Ages must find a way to compress the nebulous historical record into a concise and compelling story line that is both relevant and approachable. It’s a daunting endeavor. Fortunately, Dan Jones is up to the task.

In his latest book, “Powers and Thrones: A New History of the Middle Ages,” Jones recounts the key events and personalities that defined the millennium extending from the fall of the western Roman Empire to the dawn of the modern era. Jones is no stranger to this period. His previous books were popular histories that explored, among other subjects, Plantagenet England, the War of the Roses and the Crusades. But now his scope has expanded to include the entirety of the Middle Ages.

In “Powers and Thrones,” Jones presents a procession of kings, clerics, conquerors and artists, producing a lively history that often reads like a novel. But he enriches his narrative by carefully balancing the flow of personalities with historical anecdotes and era-defining events.