Warning: this story contains mild spoilers for The Testaments.

Margaret Atwood has written that no event "that does not have a precedent in human history" was allowed in her 1984 novel The Handmaid’s Tale and the subsequent three series of television. 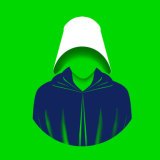 The book's sequel, The Testaments, publishing globally on Tuesday almost 35 years after its predecessor, has been written against a backdrop of the rising of right-wing activity across the world. Real-life battles relating to censorship and free speech, refugees, #Metoo, female equality, education, abortion, fertility, religion and the distortion of religious texts have made the Booker prize-winning author's new novel particularly timely.

The Testaments is a dystopian literary thriller that presents its readers with a hint of optimism and the possibility of the overthrow of the repressive totalitarian theocracy of Gilead.

The book is a compelling read; literary in its intent, construction and depth but a page-turner in its execution. It is not as dark or violent as its predecessor. 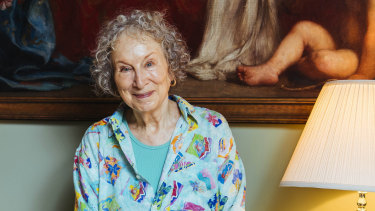 Set about 15 years after the events of The Handmaid’s Tale (which has sold 8 million copies in English), the story is anchored by the "testaments" or witness statements of three women, none of them handmaids. Offred, the heroine of the earlier book and the TV series, is restricted to a mere three sentences on page 399 of the 420-page novel.

Aunt Lydia is one narrator. The powerful enforcer reflects on her machinations as "Alpha Hen" with a touch of wry humour and self-justification: "How much worse if could have been if not for me." Atwood explores the motivations of women who collaborate with repressive regimes for their own power or safety.

Witness 369A is Offred’s older daughter, captured en route to Canada in A Handmaid’s Tale, who is able to offer a nuanced picture of everyday life for the more privileged in Gilead. Young brides-to-be are sent to Rubies Premarital Preparatory to learn traditional skills such as embroidery; pairs of missionaries, the Pearl Girls, are sent to proselytise in Canada.

The final narrator, witness 369B, is a teenager living in Canada whose identity will be apparent to Atwood aficionados. The three women become implicated, in various ways, in the daring rescue missions of the Mayday Resistance Movement which is seeking to overcome the "rotting" state.

The book has a strong feminist slant. Gilead is still intent in its "merciful task" of lowering women's expectations of equality, but not all the male characters are bad. The exciting rescue mission alone makes The Testaments well worth the long wait. I shed a tear.

The Testaments by Margaret Atwood, already shortlisted for the Booker Prize, will be released on Tuesday by Chatto & Windus, $42.99