Outlander fans are very vocal when the show makes changes to Diana Gabaldon’s beloved novels about Jamie and Claire Fraser, but that has not been the case about favourite character Murtagh Fitzgibbons (played by Duncan Lacroix.

Sharing their thoughts on fansite Reddit, one person began by sharing: “I’m seriously loving the shows take on Murtagh… I’m not even mad they kept him around.

“Generally I want everyone to follow the books and not change the story… but good job!” cha_cha_rae continued.

“I cried like a baby when Jamie found him and again when Claire saw him walking up to Fraser’s ridge.”

Agreeing with the points, fellow fan ml1490 offered: “Now that I’ve read the books, it makes sense to me why they kept him in the show.

“I was surprised to see how small a presence Murtagh actually had in the books.

“He was pretty underdeveloped and hardly speaks. He doesn’t have a connection with Claire like he does in the show. 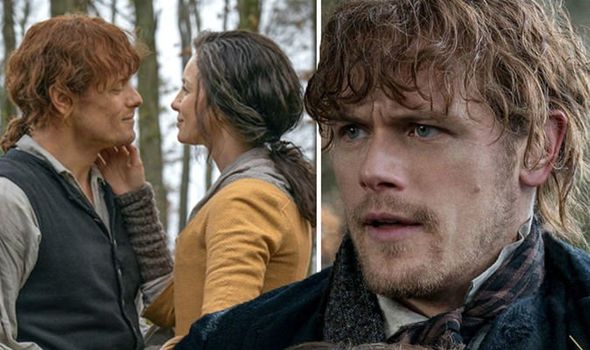 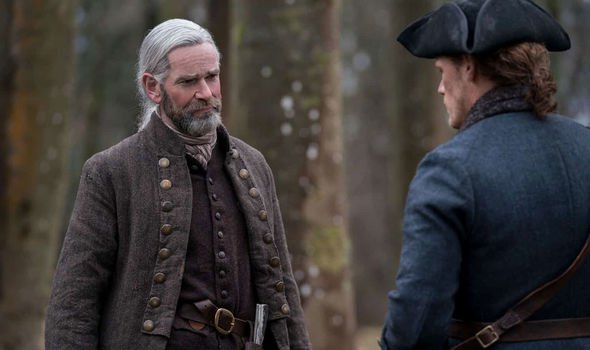 “Even during their search for Jamie, they don’t really bond.

“The show made him a much bigger and loveable character, which was awesome,” the fan enthused.

Mauibetty chimed in with: “I completely disagree. Murtagh is one of my favourites!!

“His relationship with Jamie and Claire in the books is great. True!! He is quiet but loving and loyal. 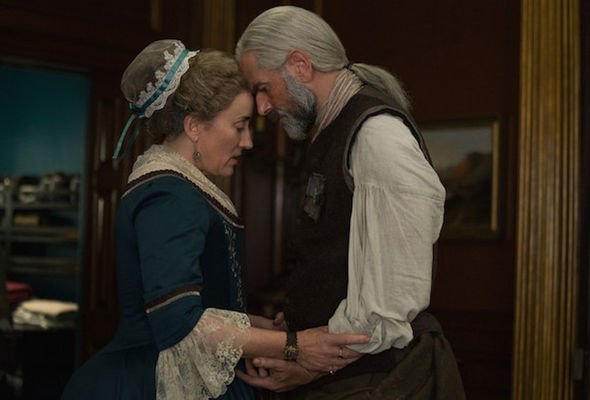 “It’s a disservice to the character to have him alive for 20 yrs and never contact the Frasers or MacKenzies. It just wouldn’t happen.”

Sassyboo72 said: “I also tend to prefer shows sticking to books as close as possible, but I was overjoyed that Murtagh remained part of the show. I love the character and the actor!”

In fact, comments from fans wishing Murtagh had remained in a small role like the one in the books were very few and far between.

The overwhelming response to Lacroix’s portrayal of the character has been a huge factor in keeping the character around and bumping him up to a much more integral role in the show.

When the character disappeared following Wentworth Prison fans were understandably devastated and begged for producers Ronald D. Moore and Maria Davis to bring him back.

Low and behold, more than 20 years after Claire had last travelled through the Standing Stones and was beginning to rebuild her life with husband Jamie Fraser, it wasn’t long before a silver-haired Murtagh conveniently showed up in North Carolina.

The Scot had turned his hand to metalwork when Jamie bumped into him in the markets of Wilmington, and the reunions were joyous.

Sadly, the happiness was quite short-lived as Jamie’s friendship with the Governor of North Carolina proved problematic.

Season four ended with Jamie issued with an order from the Governor to hunt and take out the leader of the Regulators – whom just happened to be his very own godfather Murtagh.

Season five will see the pair pitted against each other, but Jamie will surely remember his loyalty to one of his oldest friends?

Time will tell if Murtagh survives the next season, as the character is already dead in Gabaldon’s book series.

Outlander book nine is expected to be released early this year and season five premieres on STARZ February 16.