Back in 1938, appeasement was all the rage, with Chamberlain the most popular man in Britain – and as our selection of brilliant military histories reveals, it was the febrile year: When Churchill was labelled a traitor 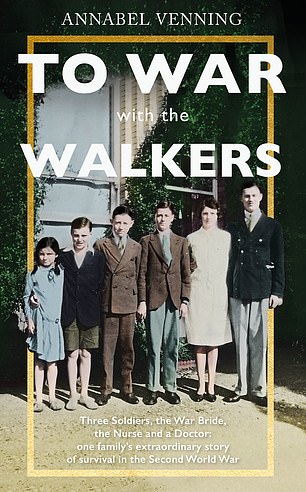 WAR BOOKS OF THE YEAR

TO WAR WITH THE WALKERS

Wars are fought not by politicians and generals, but by ordinary people called on to do extraordinary things.

Like the brothers and sisters of the middle-class Walker family from Tiverton in Devon, whose individual stories of service and sacrifice in World War II are woven together in this intricate, absorbing tapestry.

Written by an admiring granddaughter/great-niece, it captures something that is often overlooked in histories of conflict — that total war meant just that: involvement for everyone, even those who could only sit at home, wondering if they would ever see their sons and daughters again.

Scattered around the world, between them the Walkers experienced all the horrors imaginable: Edward dodging landmines in Italy; Ruth and Harold buried beneath rubble in the London Blitz; Walter in the Far East, one step ahead of a bayonet-happy enemy; Peter, reduced to a five-stone skeleton after years in unspeakably brutal Japanese POW camps.

I found myself drawn into their web, to the point where I desperately wanted them all to survive, though the odds on that happening were vanishingly slim.

That so much was endured by just one family — and many others like them — takes the breath away.

Written with pace and skilfully melding personal stories with the bigger picture, this is a testimony not just to the Walkers, but to the whole of that indomitable wartime generation. 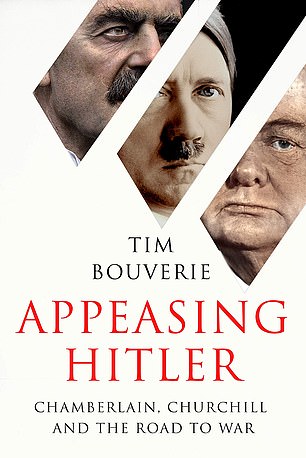 Looking back, it was all so obvious. Of course Hitler couldn’t be trusted. He’d gobbled up Austria and Czechoslovakia, so how could you possibly hope to talk turkey with him? Appeasement was a coward’s creed, Prime Minister Chamberlain a lily-livered fool. Obviously.

Yet the reality wasn’t as simple as that. Just 12 months before the war started, that very same Chamberlain was the most popular man in Britain when he came back from Munich waving his Fuhrer-signed piece of paper guaranteeing peace in our times.

The House of Commons broke into choruses of ‘he’s a jolly good fellow’. Presents of champagne and cigars flowed in to Downing Street from a grateful public.

As for the unconvinced Winston Churchill, he was roundly denounced as a war-monger and even a ‘traitor’.

And then the wheel turned. Events in Nazi Germany — exemplified by Kristallnacht, when Jews were targeted in a night of state-inspired violence — showed that a deal to curb Hitler was a fantasy (though one that some elements of British society still obstinately clung to). From then on, it was the appeasers who were ‘the guilty men’, hounded for their gutless gullibility.

But Bouverie’s finely researched and well-argued book tells a different story — of how the country was split over the rights and wrongs of appeasement, as it similarly is today about Brexit. Nothing was ‘obvious’, then or now.

NORMANDY: ’44: D-DAY AND THE BATTLE FOR FRANCE 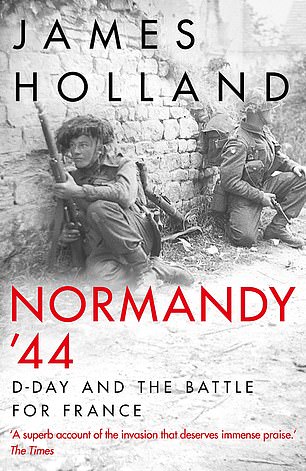 Seventy-five years ago, an Allied victory on the D-Day beaches was virtually guaranteed, given the patient planning and the overwhelming man and firepower that crossed the English Channel to northern France.

Hitler’s failure to make up his mind and get his defensive lines in the right place also helped.

Yet success still came at a terrible cost as young lives were snuffed out on ‘those bitter sands’ — a phrase coined by a war correspondent who went behind the troops.

Eye-witness accounts portray the heroism and carnage as bullets ripped into men wading through waves red with blood. Afterwards, bodies lined the shore among the litter of submerged tanks, shell-shattered Jeeps and a scattering of personal effects — a toothbrush, a Bible, even a tennis racquet.

And this was just the start. After securing the bridgehead came two months of the most intense fighting — hedgerow by hedgerow, eyeball to eyeball — before the drilled and resolute German forces were squeezed out of Normandy.

In this anniversary year, Holland’s comprehensive and well-told account is a worthy tribute to those who died in the first step towards the liberation of Europe from the grip of the Nazis.

THE WALLS HAVE EARS 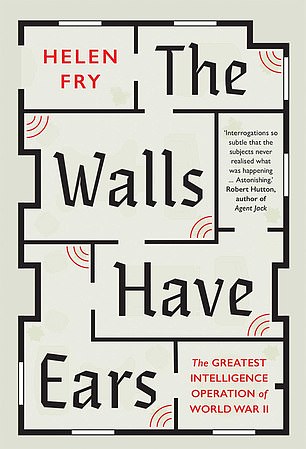 The world has long been familiar with Bletchley Park, where German codes were cracked by a secret army of listeners intercepting enemy wireless transmissions. But now, another clandestine intelligence operation that played an equally important part in the war has come to light.

Helen Fry draws on recently released archives to reveal how the private conversations of German prisoners of war were systematically bugged in a trio of country mansions just outside London.

Captured officers, particularly generals, were encouraged to relax and chat among themselves — unaware that microphones in the walls, light fittings, pot plants and even the trees in the garden were picking up every word.

Hidden away, rooms full of German speakers — mainly refugees from the Third Reich — wrote everything down and passed it on for evaluation.

Overheard gossip was revealing: the intelligence services picked up pearl after pearl of secret information, from the first intimations of Hitler’s ‘secret weapon’, the V-1 and V-2 rockets, to the terrible atrocities being carried out in the concentration and death camps.

Trent Park, Latimer House and Wilton Park, where the bugging took place, may yet become as famous as Bletchley for the secrets they uncovered. 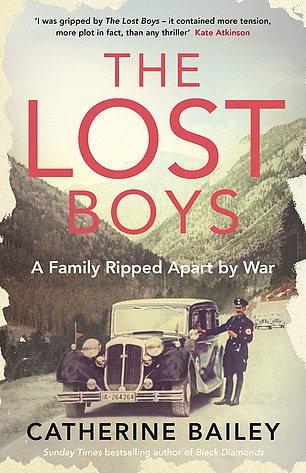 Is anything on earth stronger than a mother’s love for her children? For Countess Fey Pirzio-Biroli, this question was put to the ultimate test when her family was ripped apart by World War II. Her husband, an Italian aristocrat, left to join the partisans fighting Mussolini. Then, when her father, a high-bred German, was hanged for his part in the 1944 plot to assassinate Hitler, the Gestapo arrived to take away her two boys, aged four and two.

She herself was thrown into an endless procession of bleak prisons, grim camps and over-crowded trains to nowhere, constantly in fear for her life, but kept going by daydreams that one day she would see her sons again.

This is a truly epic tale, emotionally charged and harrowing in the extreme. In those dreadful last months of the war, as Germany collapsed into chaos and lives were cheaper than ever, just surviving was a miracle.

Even when it was over, the chances of being reunited with her lost boys in a continent of displaced persons were tiny. Yet, however terrible the times, never underestimate the power of love. 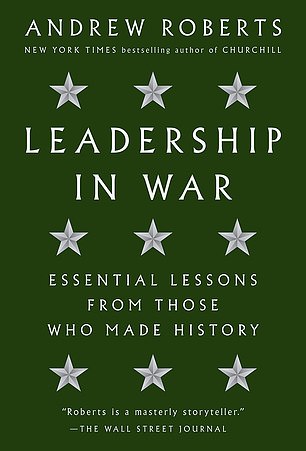 De Gaulle a great war leader? The idea seems preposterous. He lived out World War II in exile in England, needling Churchill, whining about being ignored.

Yet Andrew Roberts finds a place for him in his pantheon of leaders, alongside the likes of Napoleon and Nelson.

Why? Because De Gaulle created his own legend, and that emerges from this compendium of nine perceptive pen portraits as one of the key elements of leadership in war.

When it came to freeing his country — though, in reality, the British and Americans did the heavy lifting (and the dying) at D-Day and beyond — the general strode along the bullet-riddled Champs-Elysees with his tiny cohort of Free French forces, claiming the victory and the liberation for himself.

After all the humiliations it had gone through in the German occupation, France was, says Roberts, desperate for ‘a myth of heroic self-deliverance’. De Gaulle provided the gloire, to the point where some French people still believe it to this day.

It was said of Nelson that he had ‘the magic art of infusing his own spirit into others’. It’s the crucial ingredient of leadership.

Throughout history, mesmerised ‘others’ followed in their droves, even, in the cases of Hitler and Stalin, in the wrong direction. 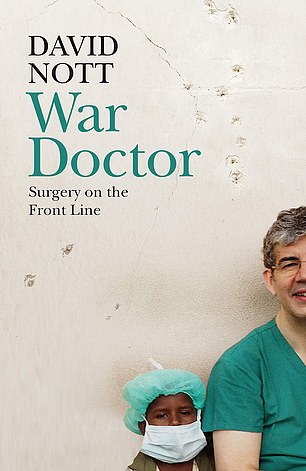 Wars throw up many brave people — and then there is Dr David Nott, a hero in a different league when it comes to courage and self-sacrifice.

For the past quarter of a century, this incredible human being has taken time off from his day job as a hospital consultant in London to volunteer his surgical skills in disaster and war zones.

Sarajevo, Sierra Leone, Darfur, Syria, Libya, Afghanistan, Gaza — he flies in to wherever there are lives to be saved and bodies to be mended. Conditions are primitive, wounds catastrophic, medical supplies sparse and the politics always fraught. He has frequently stared down the barrel of a gun.

Yet he can’t stop himself going, as he tells us in this honest, inspiring and deeply moving autobiography. Compassion drives him on.

This is no comfortable read. You need a strong stomach for all the cutting, clamping and sewing, and even more so for the injuries he treats, the patients he loses and the children who, it seems, suffer most. The images are stark — the face of a little boy in Aleppo covered with the grey-white brain tissue of his sister, blown up next to him by a barrel bomb as they played. But read it you must. 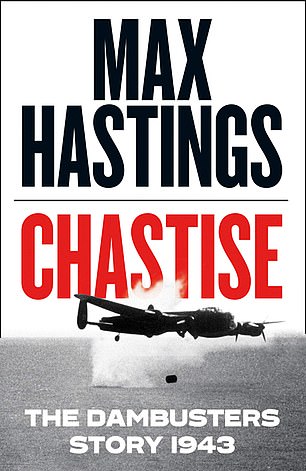 The story is a familiar one, immortalised in a film with a whistle-along theme tune. It shows the best of British — a boffin whose ingenuity cracked a problem, enabling brave warriors, led by a gritty and enigmatic hero, to crack open a series of strategic dams in the heart of Germany.

The daring, low-level air raid by Guy Gibson’s 617 Squadron in the spring of 1943 is worth the retelling, and the meticulous Hastings does so with his usual verve and insight. But, disturbingly, he also counts the cost, and not just the 53 British airmen who died.

When their ‘bouncing’ bombs breached the Mohne dam, a flood swept down the valley, inundating German factories as it had been intended to. But it also carried to their deaths hundreds of harmless villagers, plus, we now know, slave labourers housed in work camps.

Mainly women aged 16 to 20 from Poland, Ukraine and the Soviet Union, they were trapped behind barbed wire. At least 800 died.

They did so in vain: industrial production on the Ruhr was soon back to normal. The sorry truth about the legendary raid is that — though it did wonders for the flagging morale of the British public — in military terms, it was futile.