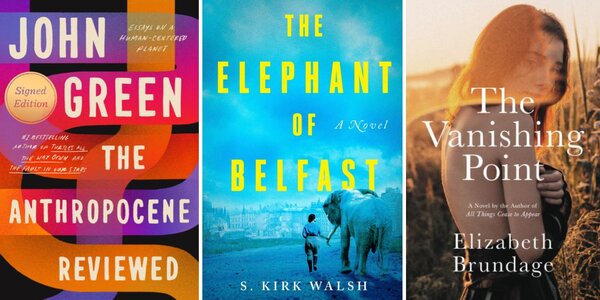 THE ANTHROPOCENE REVIEWED: Essays on a Human-Centered Planet, by John Green. (Dutton, $28.) As he does on his popular podcast of the same name, the Y.A. novelist here celebrates the large and small joys of human culture in quirky, observational essays.

YEARBOOK, by Seth Rogen. (Crown, $28.) Rich in self-deprecating juvenile shtick, these personal essays by the actor and screenwriter amount to an autobiography of sorts. “Alcohol is so mainstream that it’s somehow overcome the fact that it sucks,” Rogen writes, “which is also how I hope to be described one day.”

THE VANISHING POINT, by Elizabeth Brundage. (Little, Brown, $28.) A dark and moody literary mystery, centered on three photographers caught in a love triangle, Brundage’s stylish novel probes the relentless demands of real-world problems on artists and their work.

THE ELEPHANT OF BELFAST, by S. Kirk Walsh. (Counterpoint, $27.) In 1941, with Nazi bombs shattering Belfast, a young zookeeper rushed to save the elephant in her charge. Walsh’s lovely debut spins this historical sliver into a vivid novel of redemption and mutual care.

EVERYTHING LIKE BEFORE: Stories, by Kjell Askildsen. Translated by Sean Kinsella. (Archipelago, paper, $21.) Stark, minimalist stories, translated from the Norwegian, about characters hungry for more than life has delivered. 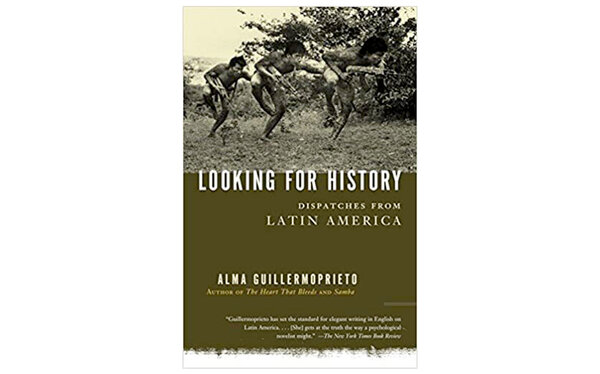 You know the feeling when you read a sentence so good your eyeballs fall out of your face? That happens to me every time I read Alma Guillermoprieto. Her book LOOKING FOR HISTORY: Dispatches From Latin America includes two particularly sublime essays, one on Eva Perón and another on Che Guevara. These appear to be profiles but are actually guided meditations on hero worship in countries where hope comes only in the form of leaders-turned-demigods. Guillermoprieto plumbs the relationship between the poor and their self-anointed saviors, like a best friend psychoanalyzing your fixation with an ex. What led Che to a violent demise, and so many of his followers to their own? “He was inescapably committed to a certain definition of virility and to the code of conduct it implied,” Guillermoprieto writes, telling us what she really means a few pages later: “The only way to be like Che was to die like him.”

— Natalie Kitroeff, correspondent for Mexico,
Central America and the Caribbean