You know those scenes in the TV show “The Mindy Project” where the narration is taken over by Mindy’s inner thoughts, her real life becoming mere background noise to her analysis of it, or to her daydreams, so you feel as if you’re viewing the world from the inside of her brain? This audiobook is a lot like that. Mindy Kaling’s third collection, “Nothing Like I Imagined” (following “Is Everyone Hanging Out Without Me?” and “Why Not Me?”), compiles intimate reflections on what it is to be her — with some advice you might apply to how to be you, too.

Since her last book, Kaling has become a mother, and parenthood is the anchor for her current preoccupations. In the first essay, “Masala Mindy,” she explains how having her daughter, Kit, made her rethink her “kind of Hindu”-ness, both religiously and culturally. “I had to grapple with questions I could ignore when it was just me,” she says, “like: How Indian do I want my daughter to be? Should I start being more Indian really quick, like right now, so I can trick her into believing this has always been my deal?” She recalls how her Tamil father and Bengali mother, who met in Lagos, Nigeria, and raised her in Massachusetts, embarrassed her by buying fancy Cheddar instead of Kraft Singles when her white friends came over. Later, after Kit’s Mundan (the Hindu ceremony that “involves the act of shaving all the hair off a baby’s head … to rid you of the negativity from your past life”), Kaling places a Ziploc bag of her child’s hair next to a photo of her late mother in her 20s, and sobs. “It finally dawned on me,” she says, her perennially upbeat pitch striking a sudden, rare note of pathos, unadulterated by humor: “I have a child who will never know her grandmother, the person who was the closest to me in the world. And I was about to start this journey with my daughter by myself.” 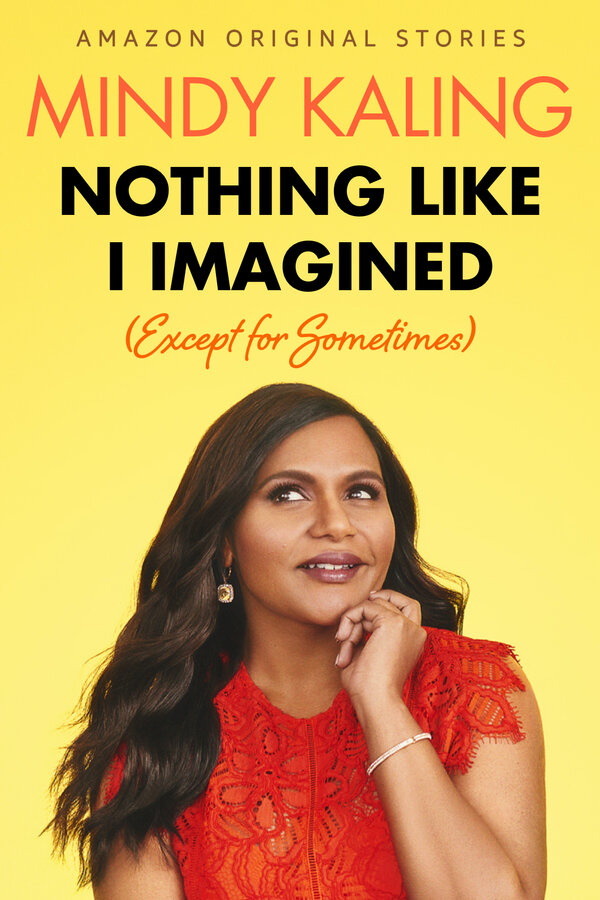 Kaling is raising Kit alone, without the father whom she has never publicly identified; but though her singleness is inconvenient at times — when she can’t reach top-shelf wine, or when children’s books mention fathers, or when she wants to split dessert — it also has serious perks: “I’m at the point in life where if I had to choose between having boring sex with someone I love for 15 minutes before going to sleep or being on Instagram, I choose Instagram every time.”

Underneath most successful comedy acts are often dark truths about the comedian, ones the audience members recognize somewhere in themselves: “We laugh because it’s true.” Kaling’s lighthearted pros-and-cons-of-not-having-a-husband list, like her complaints about friend groups in Los Angeles competing over who can eat the most “ascetic” brunch, or her unabashed fawning over Coach Taylor on “Friday Night Lights,” is the comedian’s best tool for communicating her very human pain: her lifelong insecurity, grief over losing her mother, the yearning to not be alone. Kaling may be an A-list actor and television producer, but her genuineness and vulnerability make her struggle to balance being at the top of her career with being a single working mom (“In Los Angeles, if you tell people you give your baby formula, they look at you like you just said you force-feed her Sprite through a beer bong”) highly relatable, even if the godfather of your baby isn’t “television and film’s B. J. Novak.”

For many of us, watching, reading and listening to Kaling’s voice is a comforting cure-all, an honest and optimistic antidote to all of life’s woes. Kind of like the household tonic her baby nurse, Rose, prescribes for everything, from zits to weight gain. “According to Rose, there was no problem apple cider vinegar couldn’t solve.”